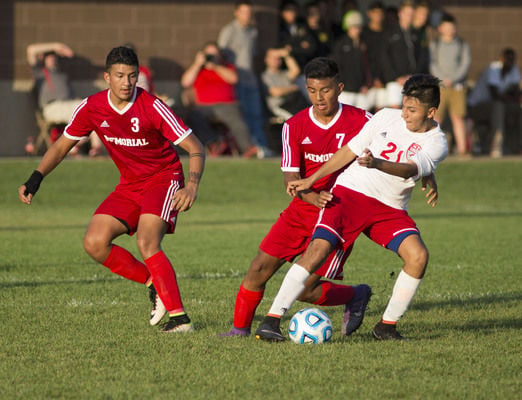 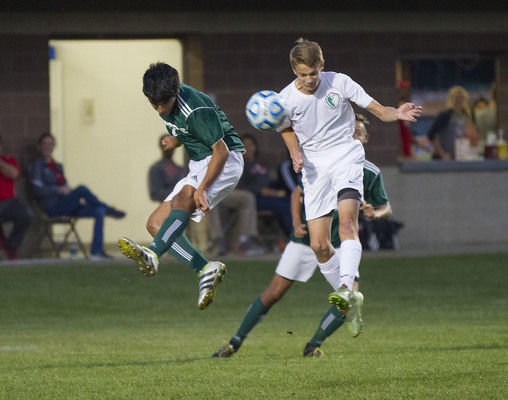 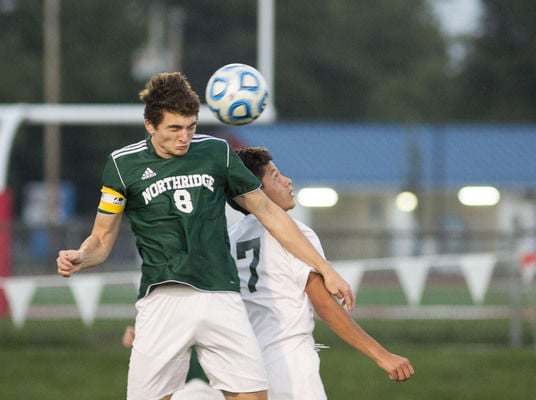 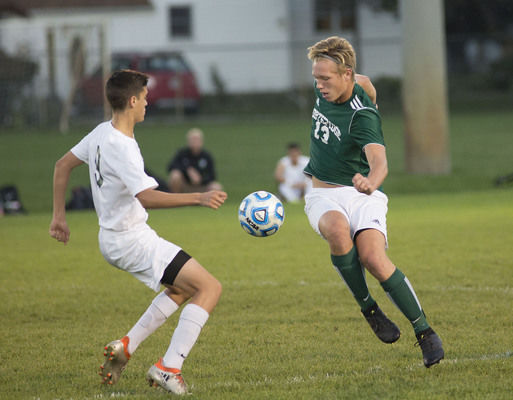 Northridge’s Tre Marvel looks to kick the ball in front of Concord’s Ben Rich during the sectional game Wednesday, Oct. 5, 2016. 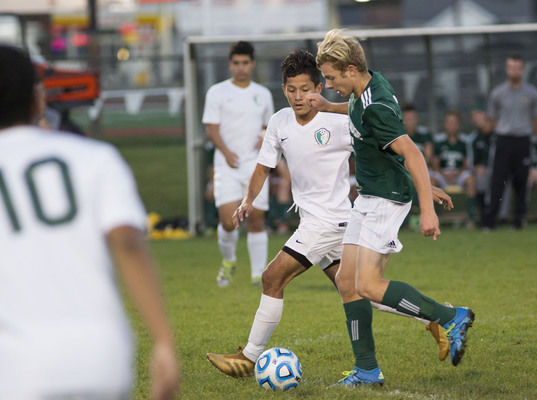 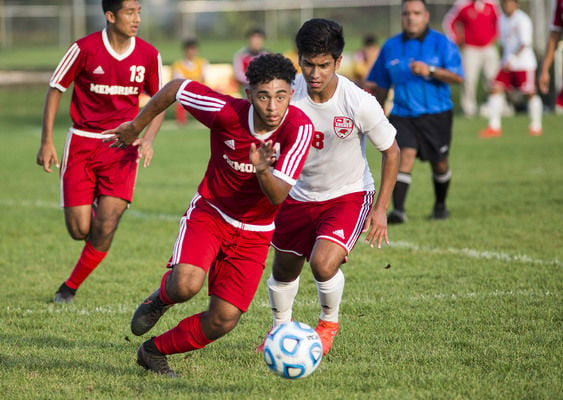 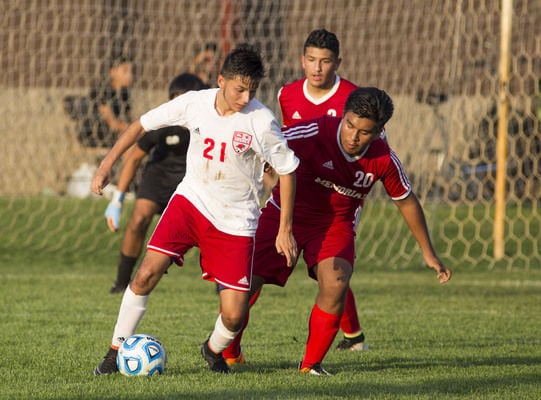 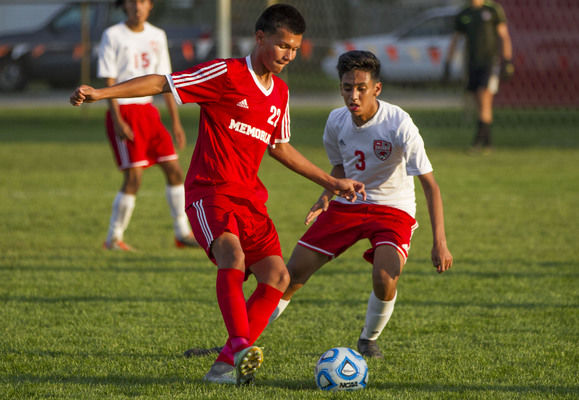 Northridge’s Tre Marvel looks to kick the ball in front of Concord’s Ben Rich during the sectional game Wednesday, Oct. 5, 2016.

GOSHEN — If you thought what happened a year ago added a little incentive for the Goshen RedHawks, you'd be wrong.

"Honestly, it added a lot, not a little," coach Viratham Mounsithiraj admitted of last season after his Hawks blanked Elkhart Memorial 2-0 in Wednesday's Class 2A Goshen Sectional opening semifinal. "The seniors, in fact, talked about it. They were saying don't let it happen again.

"This team's been focused all week," Mounsithiraj continued, "and they are a different team when they're focused."

The Mintuemen pulled out a 2-1 overtime win over Northridge in Wednesday's late semifinal on Matthew Granitz's direct free-kick goal in the 92nd minute. Concord tied visiting Goshen 2-2 during the regular seson.

In the Hawks' semi, junior Lucas Bontreger netted both goals, each in the first half, as they avenged their stunning 1-0 sectional loss to the Crimson Chargers last fall. A year ago, Goshen, despite major turnover from the previous season, had nonetheless entered postseason as the unbeaten, No. 1-rated, defending state champion.

This season, the Hawks didn't have a record or a ranking nearly as glossy, but it didn't matter.

"This was real big. We wanted revenge for last year," Bontreger said, "and we came ready to play today."

The junior's first goal, with 17:30 to go in the first half, came on a precise slot feed from senior Juan Castaneda. His second came in a scramble situation after "Marcos (Hernandez) got their goalie to come out," Bontreger said of his fellow forward.

"We had a poor decision defensively on the first one, then a poor clearance (on the second), and Lucas is a very talented player who made us pay," first-year Memorial coach Todd Sheely said.

Sheely noted that his club had a couple opportunities of their own "that fell to our feet" in the opening minutes, "but their goalie (Mason Short) made a nice save. That one goes in, you don't know how the game goes from there."

"That was key for us to get a lead," Mounsithiraj said. "Once we got the first goal, we could relax a little more. We told the guys to just keep composure, keep focus, not make a dumb mistake, and we'd be fine."

The Chargers finished 11-4-1 in their first fall under their new coach, who had piled up 11 sectional crowns , nine regional titles, and two Final Fours over his 12 combined boys and girls seasons at Center Grove.

"We played as a group and can be proud," Sheely assessed of the season, "but I think we let a couple games get away form us, and hopefully, the boys who are back learn from those. With our sectional and our conference, you have to bring it every time.

"If you look at our season, we won 11 games and beat four ranked teams, but we didn't get a win against anybody in our sectional (going 0-4-1)," Sheely pointed out. "That's not to take away from our season, because I think we had a very good season, but it just shows when it comes to our county, we've got to pick up our play."

Next: Goshen vs. Concord in Goshen Sectional championship Saturday, 7 p.m.