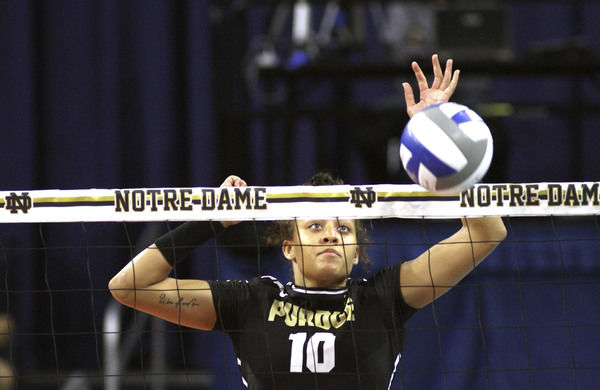 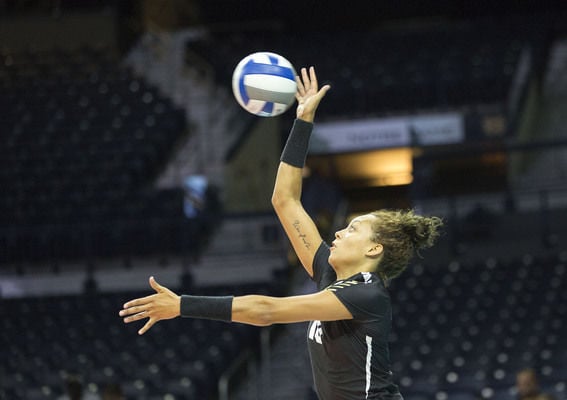 Elkhart Truth photo/Sam HouseholderAzariah Stahl hits the ball during the tournament match against Coastal Carolina at Notre Dame Saturday, September 3, 2016. Stahl is an outside hitter for Purdue. 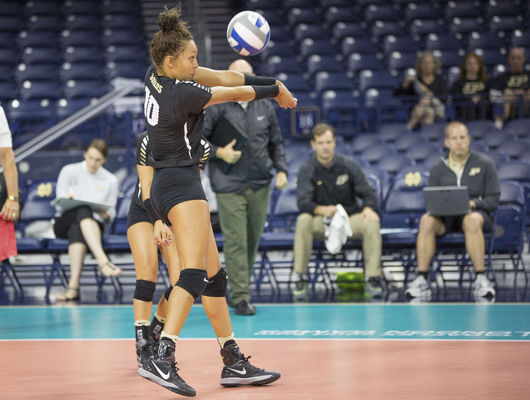 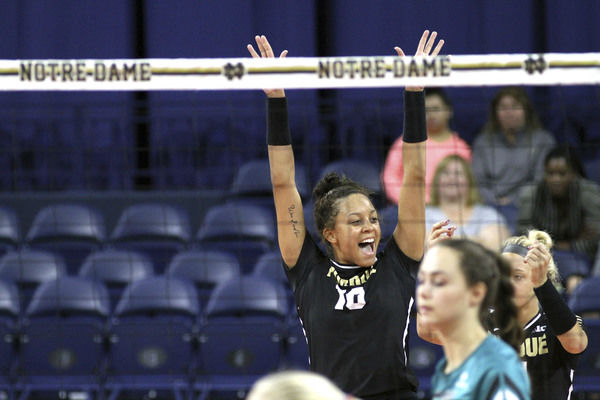 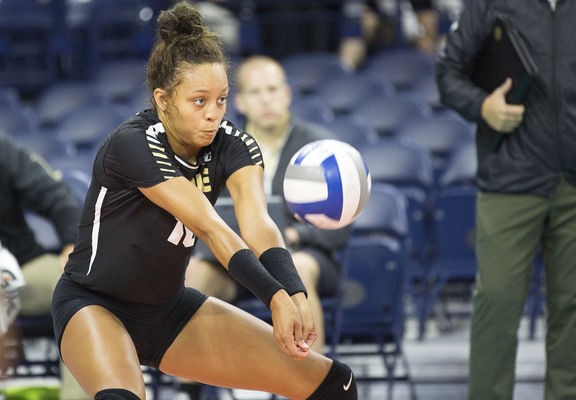 Elkhart Truth photo/Sam HouseholderAzariah Stahl hits the ball during the tournament match against Coastal Carolina at Notre Dame Saturday, September 3, 2016. Stahl is an outside hitter for Purdue.

Not just because the ex-Elkhart Central standout literally was playing close to home at Purcell Pavilion. And not just because she loved attending Notre Dame volleyball matches as a youngster and considered going there before choosing Purdue.

Rather, because after some self-doubt her first couple years as a Boilermaker, the outside hitter is beginning as a junior to jump out as much as she could always jump up.

“I definitely was overwhelmed at times,” Stahl said Saturday between rounds of ND’s Shamrock Invitational as she spoke about her transition to being a college player in a premier program. “I think it’s just confidence. Coming from high school, it was like I was a big star athlete (indeed, she was Indiana’s prep player of the year, a high school All-American and a Junior National Team member), and then coming here, everybody’s just as good as you, if not better.

“So your confidence goes down, you’re not on the floor as much and you’re not necessarily relied upon by your team,” Stahl continued. “I didn’t get as many opportunities as I was used to and it kind of shot down my self-esteem.”

“You come into a program with all the accolades that she had,” Purdue head coach Dave Shondell said Saturday, “people think it’s going to be easy, and sometimes you think it’s going to be easy, because everybody’s told you how great you are for so long. And then you come into the lion’s den, Purdue, the Big Ten, and there’s not a single thing easy about it, so she went through some ups and downs.

“But I’ve always believed she would be brilliant,” added Shondell, who has guided the Boilers to seven NCAA Tourney Sweet 16 appearances in his 13 years, “and it’s always nice to see when you believe in somebody and give them more responsibility, they embrace it the way she has. Azariah and our setter (Ashley Evans) have probably been our two most valuable players so far this season.”

Now the versatile 6-footer is being relied upon in each of Purdue’s six rotations, sometimes as the anchor of the back defensively, sometimes in her more familiar position of hammering kills from the left edge.

“I try to be (versatile),” Stahl said. “I’m focused on the other aspects because I know that the hitting will come along. I’m used to hitting, so I need to focus on my defense and making plays.”

That’s hardly all the Boilers need from Stahl.

“She’s older now and she’s got to be a leader on this team, and that starts by coming every single day in practice and working your fanny off, and that’s not something she did before,” Shondell said. “But a lot of younger kids don’t, because they haven’t had to.

“But now,” proclaimed Shondell, “the biggest thing to know about Azariah is that she has matured so much in the last 10 months that it’s been a treat to watch. She’s put everything about herself into this team. Here’s a kid that was home-schooled until high school, and then all of a sudden you’ve got a campus of 40,000, so she’s had to figure out how to manage some things, but she’s figured it out.”

Stahl says one of her inspirations has been fellow Elkhartan Annie Drews, who completed her Purdue career last season by earning second-team All-American honors and is now playing professionally in Puerto Rico.

“She was somebody you could always rely on and get really good feedback from,” Stahl said. “I really looked up to her as a player because she’s somebody who had so much pressure put on her, but she had so much poise and was so humble. I loved the way she handled it. And her attitude as a team leader makes me want to be like that, someone that can be looked up to, but also someone that can have relationships with teammates. She was somebody who was good at reaching out to younger players, so in that way, her spirit’s still with us now.”

Stahl says she would love to earn an overseas pro gig herself, but whenever volleyball does end, she wants to have a career in human services.

“I went to college with this idea that I wanted to help people, because I know that feeling of not having somebody to talk to,” Stahl said. “I didn’t know exactly what I was going to do, but when I talked to my adviser, human services and clinical social work sounded exactly like something I wanted to do. I’ve been able to counsel people and families going through difficult times, and I’ve found that I love doing that, love being there for people.”

Shondell is glad Stahl’s there for Purdue.

“She should be All-Big Ten first team this season, if our team’s good enough,” Shondell said, “and I think she can become a first-team All-American before she’s done.”