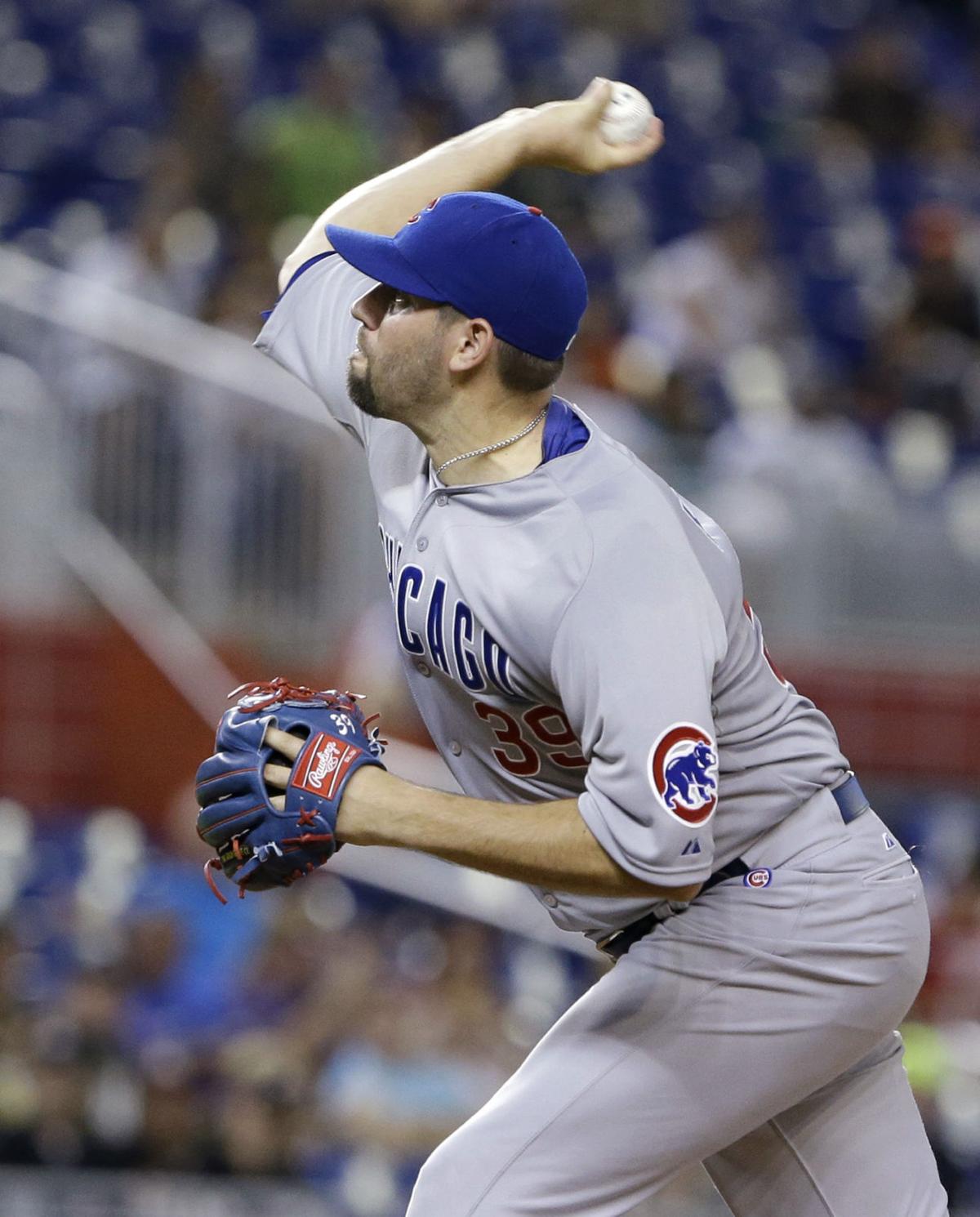 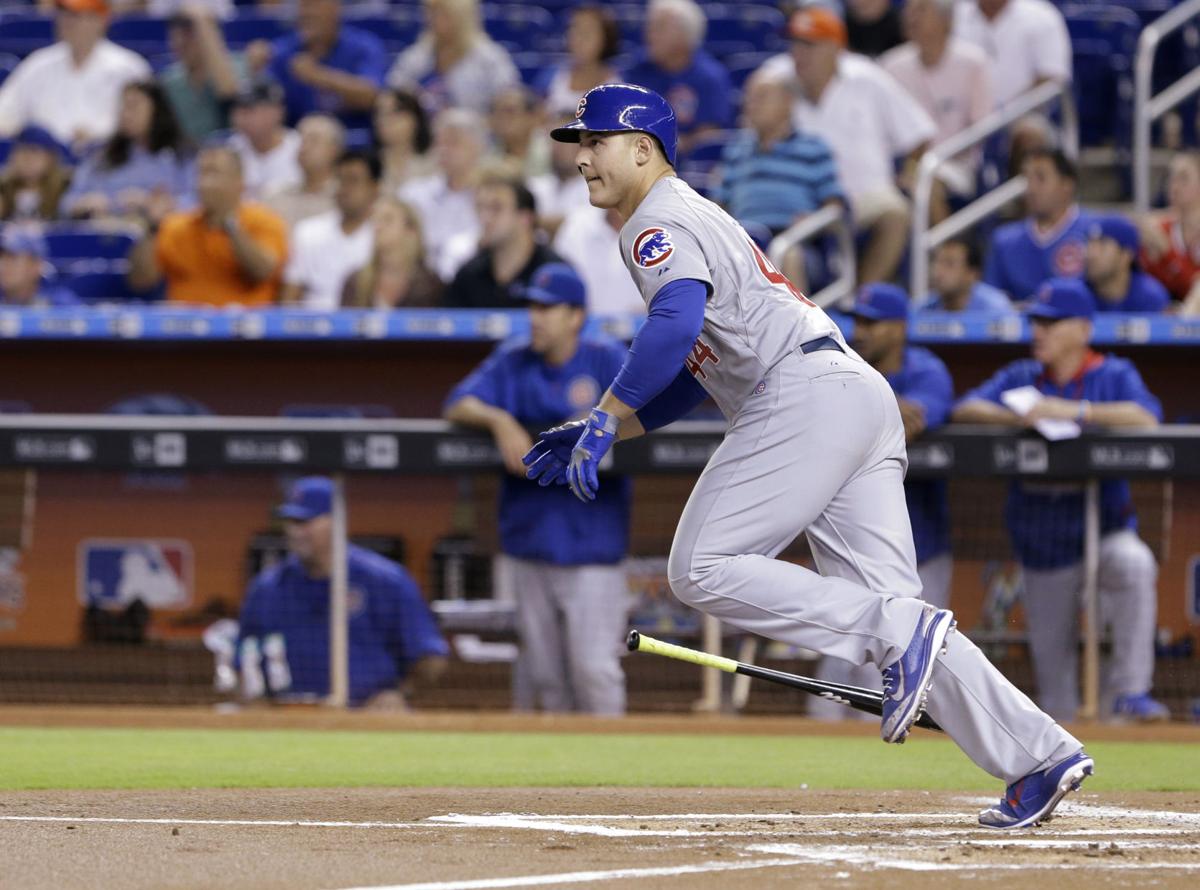 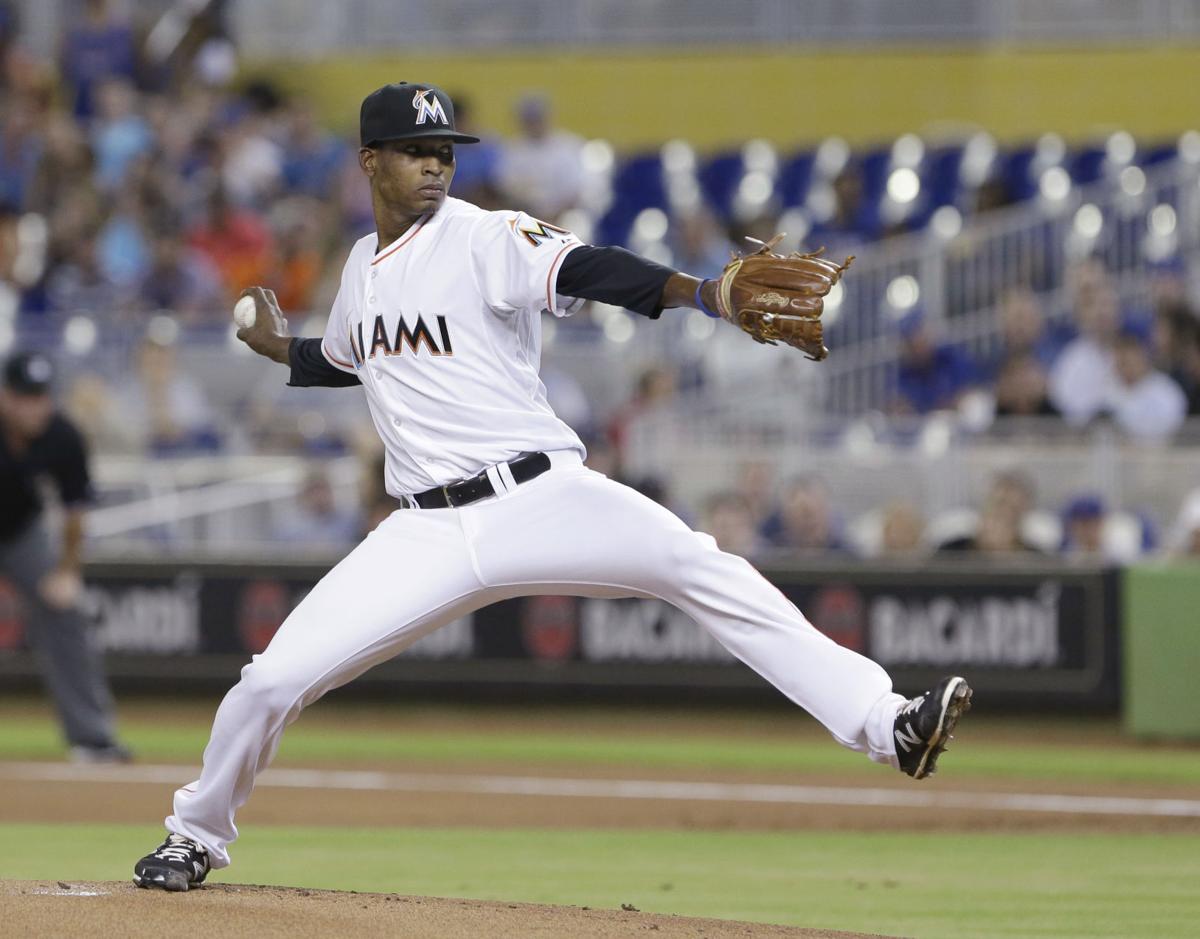 MIAMI (AP) — Runs have been tough to come by for the Chicago Cubs, even with the bases loaded and one out.

That was the situation in the ninth inning Thursday, when the Cubs tried to rally from a two-run deficit but came up empty and lost to the Miami Marlins 4-2.

That made it four defeats in a row for the Cubs, their longest losing streak of the season.

With Marlins closer A.J. Ramos being rested, the Cubs mounted a comeback bid against David Phelps in the ninth. Addison Russell and Albert Almora singled with one out, and both advanced when Phelps’ cleat caught in the rubber, causing him to balk. A walk to David Ross loaded the bases.

But pinch-hitter Chris Coghlan struck out and Ben Zobrist flied out, giving Phelps his third save of the season.

“Just the way he drew it up,” teammate Bryan Morris said with a grin.

The Cubs weren’t smiling, even though they still have the best record in the majors. The game marked the start of a season-high 11-game trip for the Cubs, and came after they were swept in a three-game series at Wrigley Field by the Cardinals.

“This is definitely not going to make or break our season,” left-hander Jon Lester said, “but at the same time we’ve got to get through this.”

“I kept the team in it,” Lester said. “Two solo homers usually don’t beat you, especially this team.”

Miami manager Don Mattingly said his team did well to get on the board at all against Lester.

“Their guy threw the ball really well,” Mattingly said. “He was carving us pretty good.”

Injuries have been an issue for the Cubs, and the latest player to need treatment is first baseman Anthony Rizzo, who sat out because of a stiff back.

The Cubs need Rizzo’s bat — they managed just seven hits and have totaled nine runs during their losing streak.

Chicago’s David Ross led off the eighth with his sixth homer to make the score 2-all. Christian Yelich started Miami’s rally in the bottom of the eighth with a one-out walk against Pedro Strop (1-2). He advanced on a wild pitch and scored standing up on Stanton’s opposite-field single.

A sacrifice fly by the Cubs’ Kris Bryant scored the game’s first run.

Cubs rookie Willson Contreras, playing in his fifth major league game, started at 1B for the first time to replace Rizzo. In the minors, Contreras played 1B, 2B, 3B, C, LF and RF.