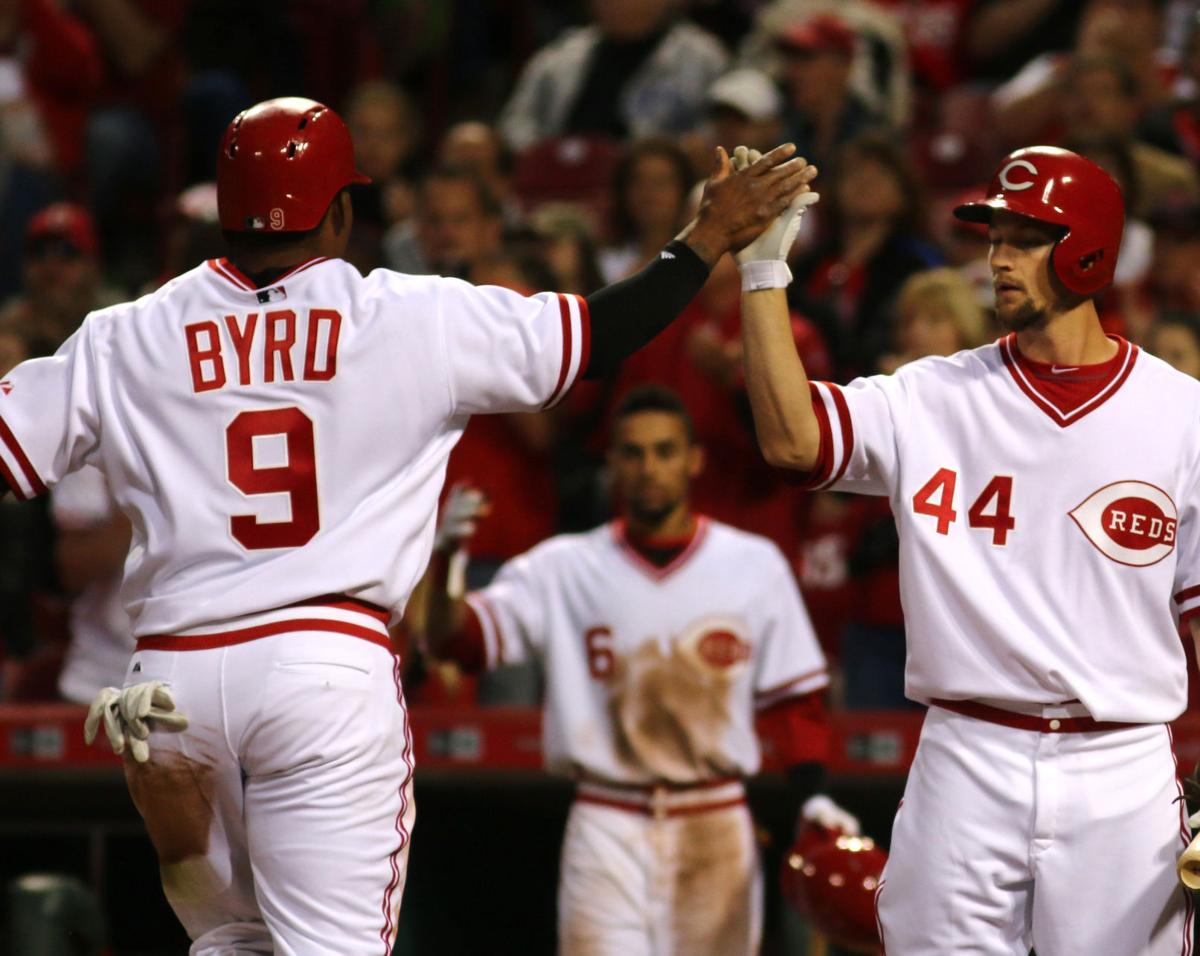 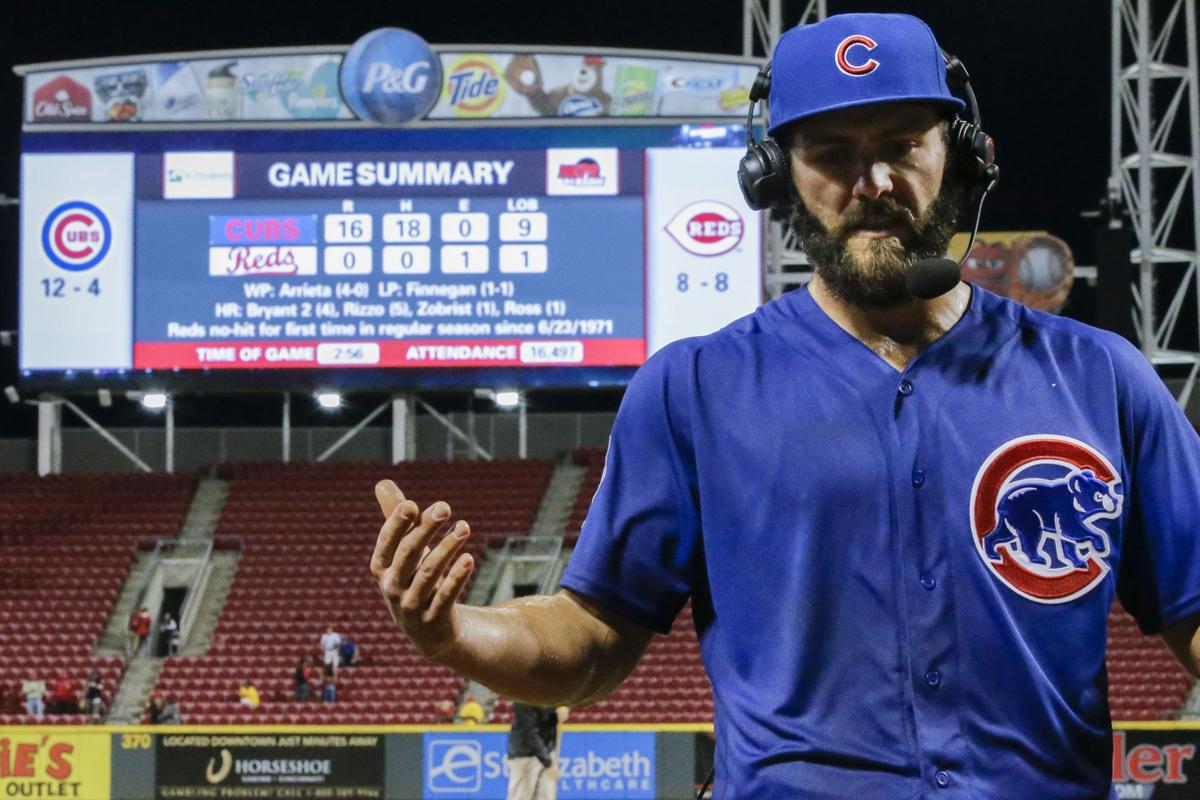 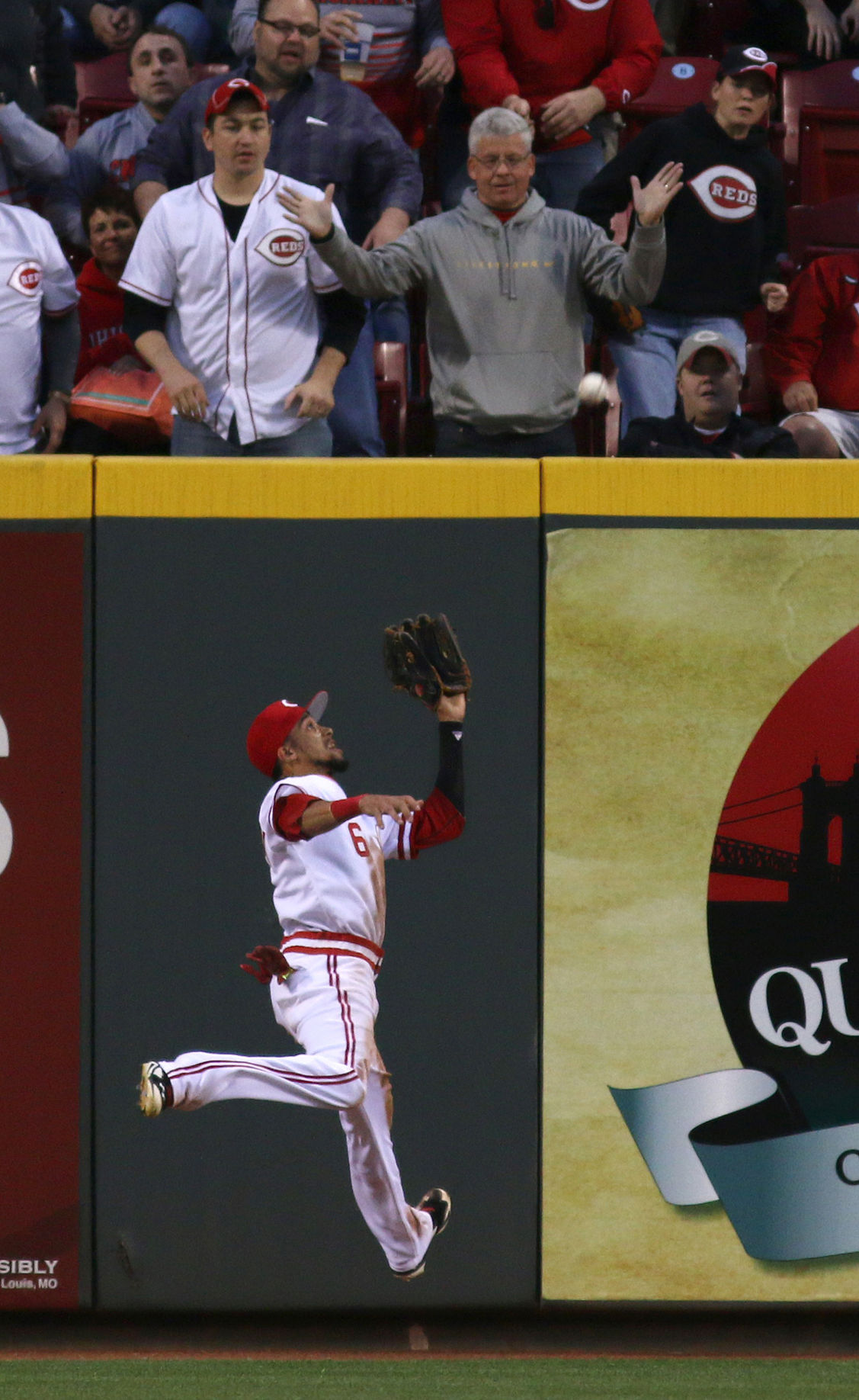 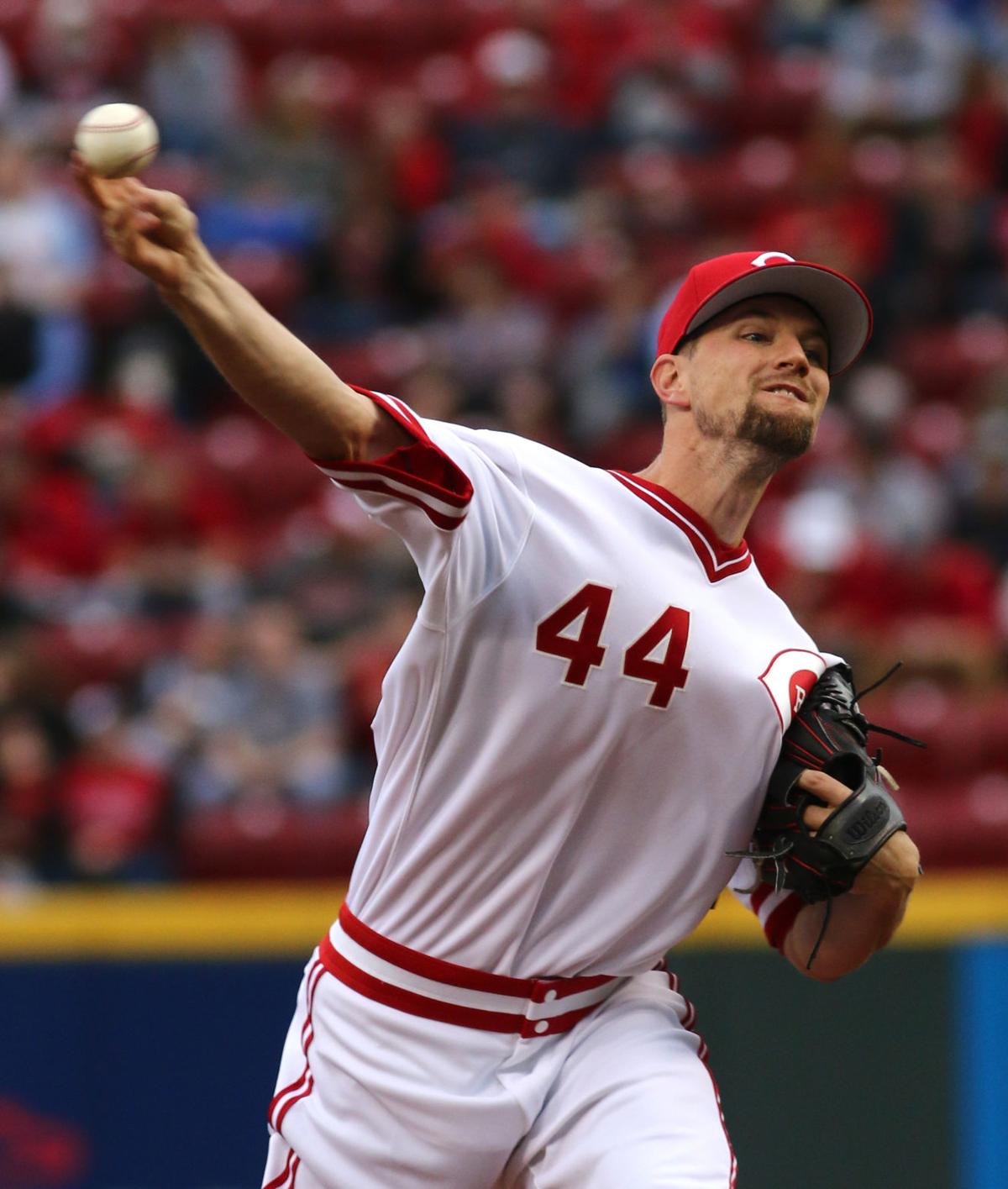 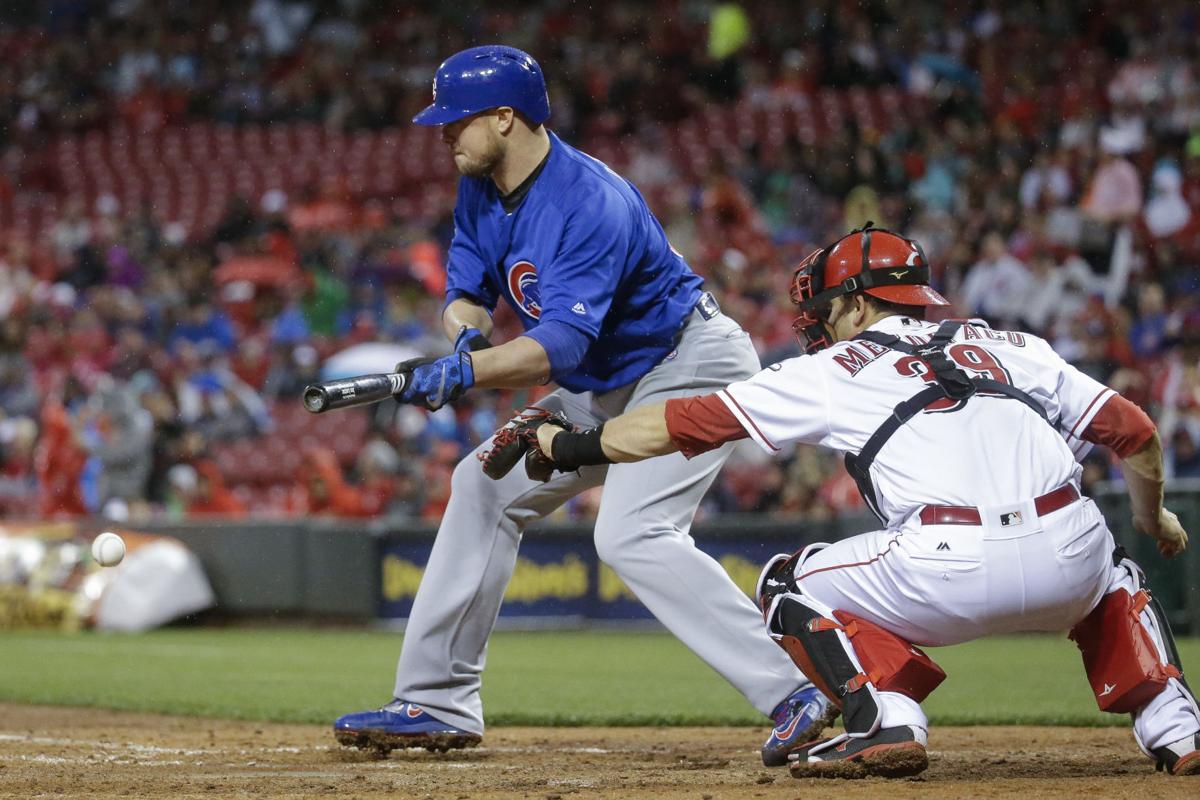 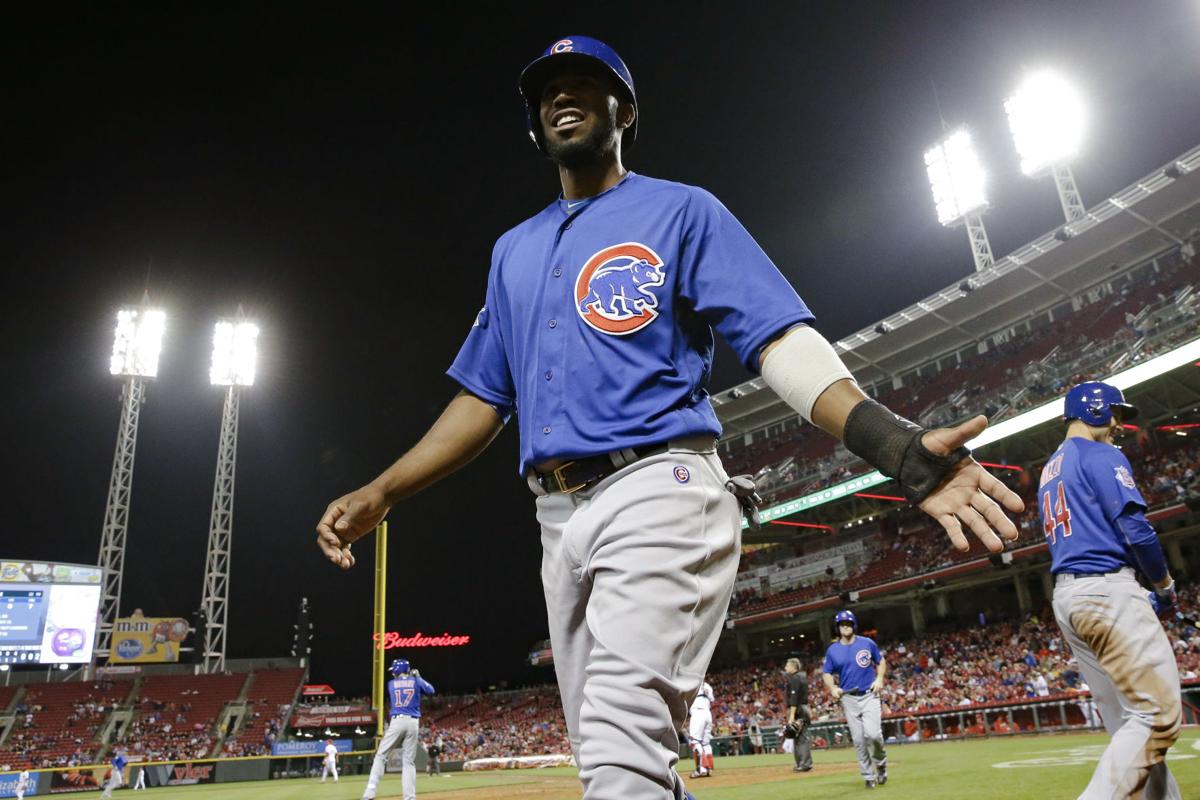 CINCINNATI (AP) — Manager Joe Maddon’s move was so wacky that even his own players laughed. And when it worked better than anyone could have imagined, the Cubs were celebrating again.

Kris Bryant singled home the tiebreaking run in the 15th inning, and Maddon used three pitchers in left field while Chicago beat the Cincinnati Reds 7-2 on Tuesday night in the longest game of the season for both teams.

With the Cubs out of position players, relievers Travis Wood and Spencer Patton (1-0) alternated between left field and the mound in the 14th inning, which ended with Patton getting the final out. Wood then finished it off with reliever Pedro Strop in left.

“When I went out there to do it originally, the infielders were kind of giggling,” said Maddon, who had never done anything like it as a manager.

It worked perfectly as things started falling in place for the Cubs again.

Bryant’s only hit on Tuesday — a single off J.J. Hoover (1-2) — snapped the tie. Javier Baez added a grand slam in the 15th, the sixth career allowed by Hoover, which is a Reds record. Then it was just a matter of figuring out how to finish it off.

“For the left fielder to pitch to one batter and then go back — yeah, that’s crazy,” Baez said. “But we had fun.”

The National League’s top team went 1-6 last week but has pulled out of the downturn by winning the first two games of a series against the Reds. The Cubs hit five homers — three by Bryant — while taking the opener 11-8.

Eugenio Suarez singled home the tying run with two outs in the ninth off Hector Rondon, his third blown save in 16 chances, setting the game on its meandering course.

“There were a lot of instances that suggest things were going to go our way, but we weren’t able to get it done,” Reds manager Bryan Price said. “That’s a tough one, a really tough one.”

Maddon had talked to Wood about playing left field in such a circumstance. The reliever hadn’t played outfield since high school, but takes fly balls during batting practice to stay ready. None of the Reds hit the ball to left field with a Cubs reliever out there, which was a disappointment for Wood.

“It was definitely interesting, a lot of fun,” Wood said. “I would have liked to have recorded an out.”

Ben Zobrist led off the game with a homer off left-hander John Lamb. Left-hander Jon Lester singled home another run and allowed only one hit until the eighth inning, when Billy Hamilton homered. The Cubs’ closer couldn’t hold on.

A lot of the focus Tuesday was on Bryant, who was coming off a historic performance.

Bryant broke his three-homer bat the first time up on Tuesday, cracking it on a groundout. The bat boy retrieved it and took it to the Major League Baseball authenticator, who labeled the bat and safely stored it. Bryant flied out, walked twice, fouled out with two runners aboard for the final out in the 10th, and struck out in the 13th before driving in the go-ahead run.

The last time a Cubs pitcher played the outfield was 2009 when Sean Marshall was in left.

Reds: RHP Homer Bailey felt fine a day after throwing an inning in his first rehab start. Bailey, who is recovering from Tommy John surgery 13 months ago, is expected to pitch again on Saturday. ... 2B Brandon Phillips fouled a ball off the inside of his left foot in the first inning. He fouled another pitch off the same foot in his next at-bat and got hit in the left side by a pitch from Rondon in the ninth.

Reds: Cody Reed (0-1, 6.75) makes his third career start. In his first appearance at Great American Ball Park last Friday, he gave up five runs in five innings of a 13-4 loss to the Padres.