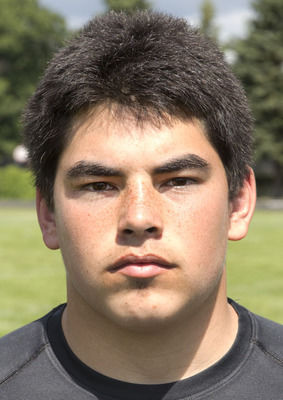 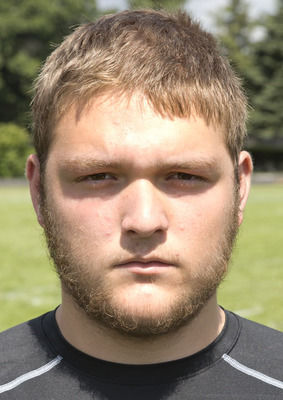 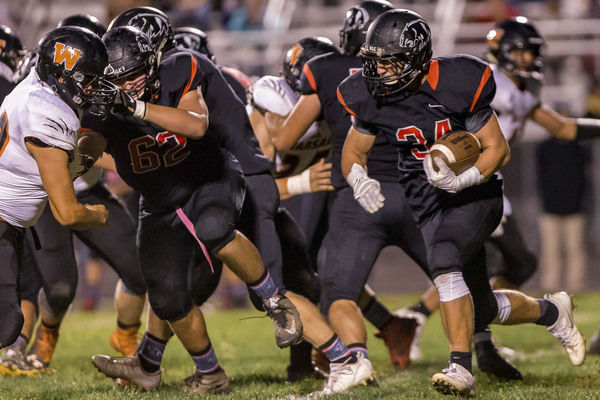 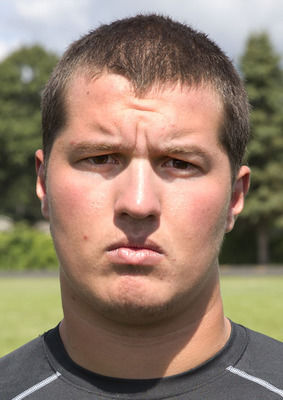 NAPPANEE — As high school football programs go, NorthWood puts out an impressively thorough season statistical report each week, one that is typed, tabulated and includes five pages that detail the Panthers' offensive exploits, team-wise and individually.

Yet, nowhere within those five pages will you find the names of Andrew Miller, Caleb Newcomer, Lorenzo Rocha, Dylan Miller and Micah Lehman.

They form, along with tight end Drew Minnich, NorthWood's starting offensive line as the Class 4A No. 2-ranked Panthers (12-0) get set to face No. 3 New Haven (11-0) in Friday's 7:30 p.m. regional championship.

There are no stats recorded for them, which may be fitting.

"We definitely don't get that spotlight, that name in the paper, but I wouldn't have it any other way," Newcomer said after practice Tuesday evening. "You're out there with your brothers in the trenches. It's great when you're with your best friends on the line and blocking for those guys in the back."

"That's just how it goes," Rocha said with a shrug regarding the anonymity that comes with being an offensive lineman. "We don't get the fame, but we know within ourselves as a group that we're a big reason (the backs and receivers) are getting those numbers. Without us, they've wouldn't have the stats they do.

"We don't want to take credit," Rocha added, "because they are great athletes. They're the ones making those plays, but we're proud of those numbers, too. They're just staggering."

Indeed, the Panthers are piling up 503 yards of offense per game to go with their 46.3 points per outing.

Andrew Miller was the lone full-time starter within the group last year, earning an All-Northern Lakes Conference honorable mention nod, while Newcomer started some. The relative inexperience of the line as a whole going into the season hasn't proven a hindrance.

"They've come on tremendously," NorthWood coach Nate Andrews said of his starting quintet, "and what's special about these guys is that they spend a lot of time together outside of football."

Miller says there was a sense early on that "we'd have a pretty good line. We just weren't sure about some of the positions."

A series of variables came together in the Panthers' favor to make the pieces fit.

"It really helped," Andrews said, "when we got Dylan Miller to come out. That was huge. He didn't play as a sophomore, but came back out this year. We made him our center and it freed up (Payton) Bear to play fullback, but he still wouldn't have been able to switch unless Micah Lehman really stepped up like he has, or if Lorenzo Rocha didn't have a tremendous offseason.

The coach says the line collectively has performed well both in run-blocking and pass-blocking, which has been a key in NorthWood being about as balanced as a Wallenda on a wire.

"You can groom run blockers and you can groom pass blockers, but to be good at both at the high school level is difficult," Andrews said. "It's hard to find guys that can do both, but I think we've got some guys who can do both, and it's really helped us."

"I'll do whatever's needed, and I think we all take pride in doing that," Newcomer said of whether he prefers run or pass-blocking, "but I definitely like run-blocking first, getting after the other team and just running it down their throats. I'm old school."