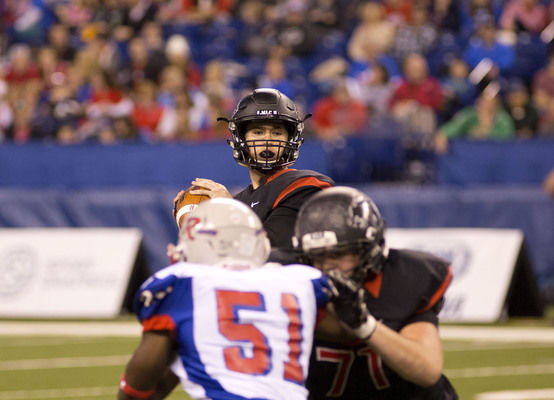 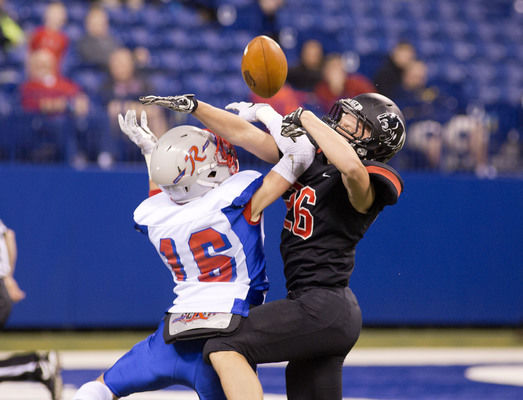 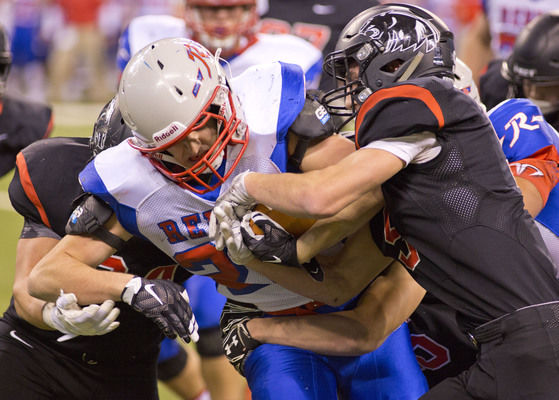 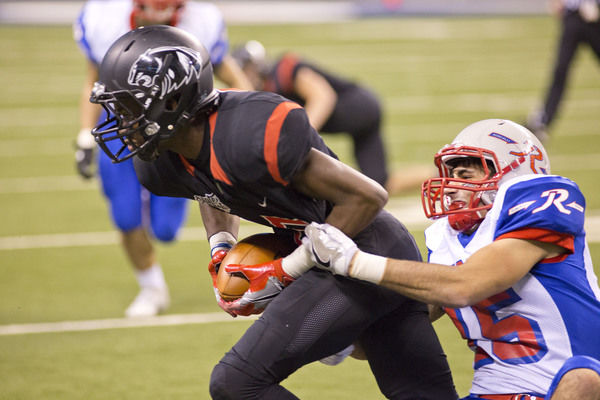 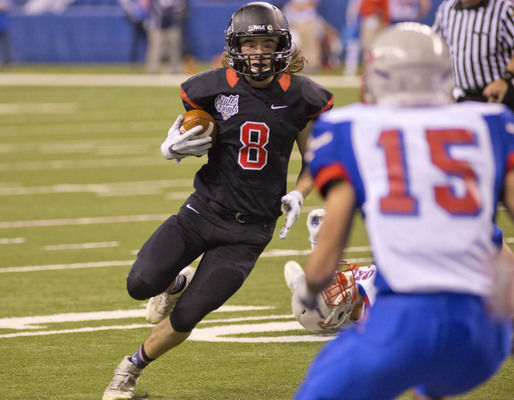 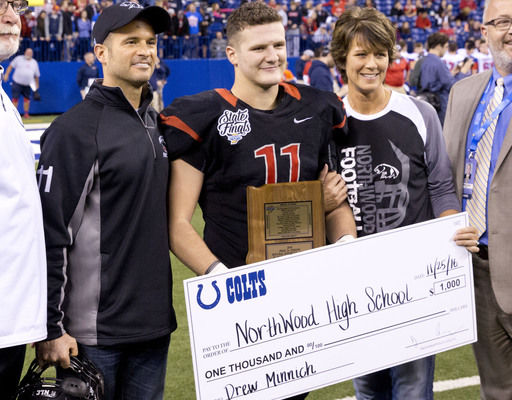 INDIANAPOLIS — NorthWood senior Drew Minnich was proud to win the Phil N. Eskew Mental Attitude Award at the conclusion of the Class 4A title game.

But he wanted to share it with a lot of people.

"It's an honor to win this award, but I know I couldn't have done it without my teammates, my mom and dad, this great community of fans and, of course, God,'' Minnich said. "It's humbling to win and I just hope everyone knows I want to share it. It helps ease the pain a little, but I would love to have won the game, too.''

Minnich was presented his award following NorthWood's 34-22 loss to top-ranked Indianapolis Roncalli (15-0). The Panthers close with a 14-1 mark.

The son of Darren and Lisa Minnich, Drew was a two-way starter at linebacker and tight end for coach Nate Andrews and ranks No. 1 in his class with a 4.0 grade-point average

He is a four-year letterwinner in football and baseball and was named captain in both sports. He earned Scholar Athlete all four years of high school and led the 2016 NorthWood football team in tackles.

He was an IFCA All-State football player in 2015 and an All-Northern Lakes Conference selection as a pitcher in 2016, while also participating in the Junior Showcase North-South All-Star game.

Off the field, he's a member of the NorthWood Student Leadership Academy, National Honor Society and the Nappanee Missionary Church. He also does volunteer work in Feed My Starving Children and the Nappanee Rotary Club Fundraiser.

When asked what thoughts he has for the rest of Class 4A heading into the 2017 season, NorthWood senior quarterback Trey Bilinski had two words.

With offensive skilled players returning all over the field and an important year's experience under their belt, the Panthers will try to make a return trip to Lucas Oil Stadium next November.

"There is a lot of talent returning and as long as they keep working hard and stay together, they should have a good year next year,'' Bilinski said. "Hopefully, our senior class left them with more of a legacy for NorthWood football.

"Losing like this is tough, especially since the guys on this team are my best friends. But I'll never forget this season and this tournament run with this team.''

Minnich had 12 tackles, including one for loss, while defensive back Garrett Griffin had 10 solos to tie Yoder.

Jacob Chupp and Jake Stump each had had a sack for NorthWood, while Andrew Miller had a fumble recovery.

One team NorthWood won't have to worry about next season is Roncalli.

Due to the IHSAA's success factor rule, the Rebels will move up to Class 5A for the next two years.

Roncalli reached the semistate round last season before losing to East Central and then won the title this year, giving them just enough points to move up.