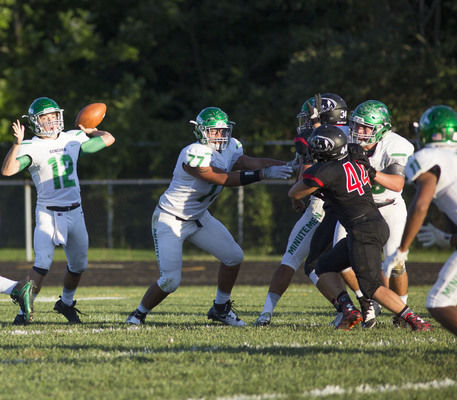 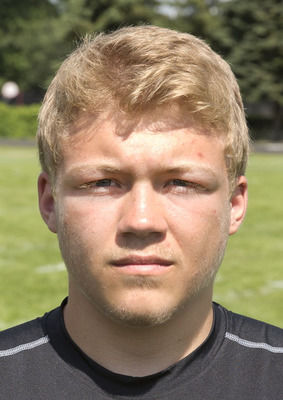 NAPPANEE — Although he graduated last spring, Tucker White is having an impact on the 2016 NorthWood football team's trip to the Class 4A state championship game.

At 5-foot-9 and a generous 170 pounds, White was an undersized defensive end for a Panther club that reached the sectional finals last season before falling to Northern Lakes Conference rival Plymouth.

But White's success and grit helped set the stage for two even more undersized defensive linemen for 14-0 NorthWood this year.

Junior Will Ingle is a 5-foot-4, 211-pound interior lineman, while senior Dylan Brugh lines up at defensive end and is listed at 5-6 and 169 pounds.

The Panthers will face Indianapolis Roncalli (14-0) at 3:30 p.m. Friday at Lucas Oil Stadium with the Class 4A title on the line.

"I think Will and Dylan saw what Tucker White was able to do for us and it motivated them to know a kid not much bigger than them could play the defensive line in the Northern Lakes Conference and beyond,'' NorthWood coach Nate Andrews said. "Those two kids are just tough program kids and they've worked very had to get on the field and they deserve to play.''

Ingle is fourth on the team in tackles with 80, including 14 for loss. He's also recovered two fumbles. Brugh is close behind with 71 tackles, while recording 3.5 sacks on the year.

As a player that hadn't played a varsity snap until this, his senior year, Brugh kept the faith that he'd get an opportunity to play under the Friday night lights before his graduation day.

"I know I'm not very big, so I thought I'd play linebacker or maybe even safety as I was growing up,'' Brugh said. "But when I saw Tucker play the defensive line so well last year, I thought the coaches might be open to someone my size playing there this year, too, even though I've been a JV player till this season.''

"Brugh is the kind of 'program' player that all successful teams need,'' Andrews said. "He's worked hard and has never complained even though he hasn't had the chance to play until this year. There are times he's struggled, but he'll fight you.''

Ingle came up with one of the season's biggest defensive plays for the Panthers in their win over Lowell in the semistate.

On a fourth-and-1 play from the NorthWood 20, Ingle shot through and tackled Lowell running back Trevor Espravnik for a 2-yard loss, stopping a 15-play, 69-yard drive by the Red Devils.

"I think being a little smaller actually helps me,'' Ingle said. "I've spent a lot of time in the weight room (he benches 280), so if I can get under the offensive linemen, it's to my advantage.

A linemen coming up in the NorthWood system, Ingle says he was excited when Andrews and the new coaching staff came to the school three years ago.

"I was excited and hopeful that the new coaches might be open to someone my size playing in the defensive front,'' Ingle said. "Then last year when Tucker was playing there last year, I thought I would have the chance this year and it has come together for me.''

"I think Ingle has really come on late in the year,'' Andrews said. "Like Brugh, he's a tough kid and he's also strong. He really gets in there and battles you inside.''

For Brugh, playing in the title game at Lucas Oil Stadium after not playing a varsity game until three months ago is something he hasn't totally grasped.

"It's going to be amazing,'' Brugh said with a smile. "We've taken one game at a time all season and didn't really want to look ahead to what could happen. Now, we're down to one game and it's honestly kind of surreal. But I sure can't wait.''