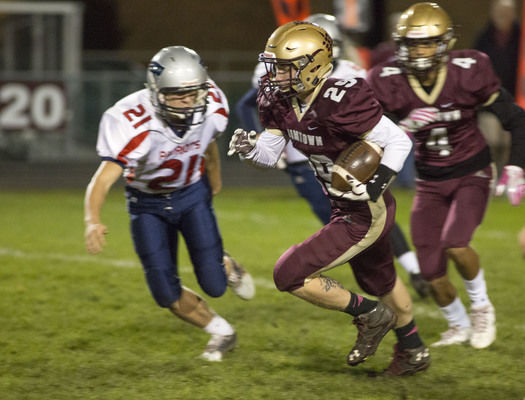 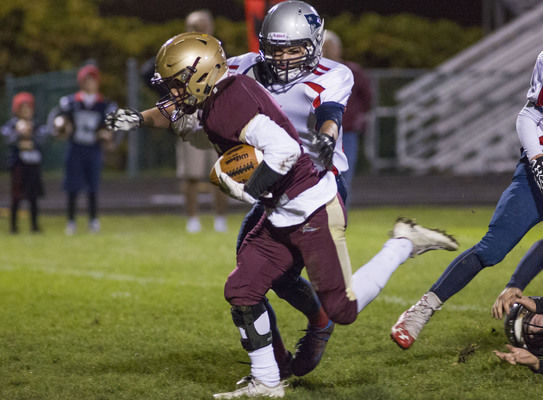 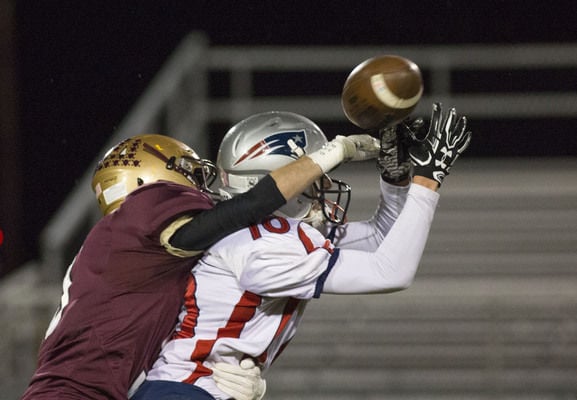 Jimtown defensive back Zach Hill breaks up a pass intended for Heritage receiver Joel Deakins during the game Friday, Oct. 21, 2016, at Jimtown. 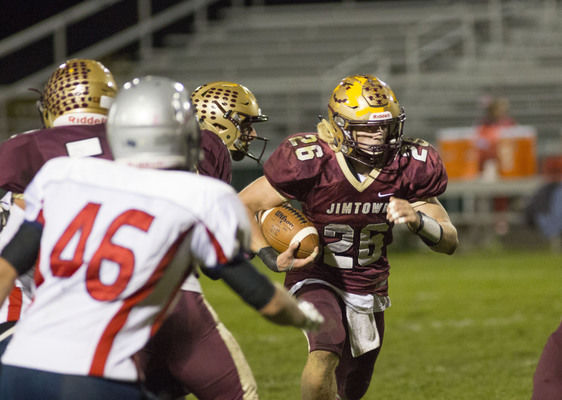 Jimtown running back Kenny Kerrn runs with the football during the sectional game against visiting Heritage on Friday, Oct. 21, 2016. 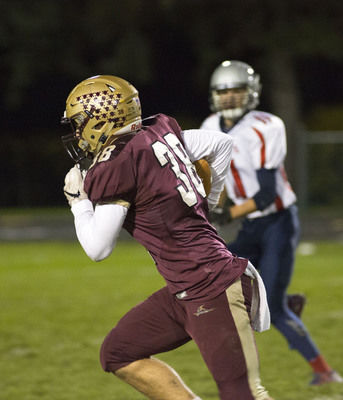 Jimtown defensive back Zach Hill breaks up a pass intended for Heritage receiver Joel Deakins during the game Friday, Oct. 21, 2016, at Jimtown.

Jimtown running back Kenny Kerrn runs with the football during the sectional game against visiting Heritage on Friday, Oct. 21, 2016.

ELKHART — As the opening kickoff of Friday's Jimtown-Heritage sectional football game slipped through Dakota Pratt's arms and landed on the ground with a thud, quick visions of doom likely ran through the minds of Jimmie supporters.

Just 12 seconds later, all was forgiven, as Pratt was in the end zone after picking up his own fumble and taking it 79 yards for a touchdown to jump-start the Jimmies on their way to an easy 49-6 victory over Heritage.

Jimtown (6-4) travels to West Noble next Friday to face the Chargers (4-6) in a second-round game. West Noble advanced with a 30-28 victory over Tippecanoe Valley.

Pratt would also return a punt for a touchdown, as well as adding a score on a 1-yard run.

But it was Pratt's first touchdown that had people talking.

"I think Dakota's touchdown broke the ice and helped get our kids even more excited to play,'' Jimtown coach Mike Campbell said. "We've worked a lot on special teams this week and I think it paid off. I thought Dakota did a great job or running the ball up quickly and when he gets free, he's awfully tough to catch with his speed.''

Already down 7-0 after Pratt's first score, Heritage hurt itself when a snap sailed over the head of punter Parker Tracey, forcing Tracey to fall on the ball at his own 16. Three players later, Kerrn had his first TD , scoring from a yard out to push the lead to 14-0.

Two more short Kerrn touchdown runs made it 28-0 midway through the second quarter.

Then Pratt struck again. This time, he took a line drive punt by Tracey at midfield and was nearly in full stride before a Patriot defender got close. A move to the right sideline in front of the Jimtown bench got him free for the 50-yard touchdown return.

In addition to the offensive explosion and the strong special-teams play, the Jimtown defense was outstanding, holding Heritage to just  42 yards rushing and 129 yards total.

"We've been wanting to put a whole game like this together and this is a good time of the year to do it,'' Campbell said. "When we looked at the Heritage tape, we saw their backs really do some good things, but I thought our guys did a good job on them and really controlled the line of scrimmage. We needed a defensive game like this to get us ready and focused on the rest of the tournament.''

Jimtown quarterback Sam Pawlak had a quietly strong game, completing all three of his passes for 90 yards. Kerrn led the Jimtown offense with 68 yards rushing, even though he didn't carry the ball in the second half.