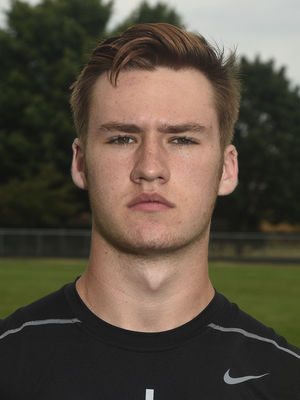 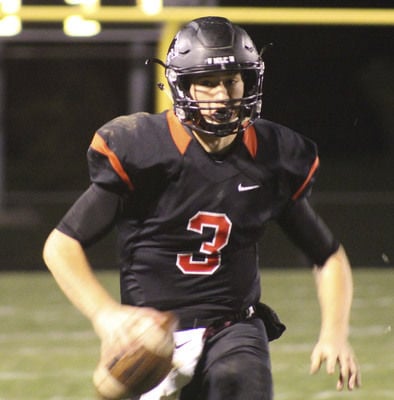 NAPPANEE — Early in the 2015 high school football season, NorthWood quarterback Trey Bilinski got a double dose of reality when he was sidelined by a shoulder injury and watched then-freshman Bronson Yoder take control of the Panther offense.

"I think it helped me realize that I needed to step up, work harder and become more of a leader,'' Bilinski said this week. "It was tough watching someone else play quarterback and it helped build my resolve to come back better and more physically tough for my team.''

Bilinski has not only become a leader for this season's team, but his play at quarterback has the Panthers on the verge of a trip to the Class 4A state championship.

The 6-foot-4, 195-pound Bilinski has completed 189-of-304 passes this season for 3,127 yards and 38 touchdowns. He's thrown just five interceptions this season, two coming in an opening-night win over Jimtown.

Bilinski's yardage could be even higher if it weren't for a NorthWood ground game that has gotten better and better as the season has gone on and is now the focal point of a Panther attack that has scored 608 points this year.

"I honestly just care about winning and our running game is helping us win,'' Bilinski said. "Our offensive line and our backs have been great and we're one game away from the state finals. It really doesn't matter if I don't throw a single pass all night as long as we win.''

"Trey has a better understanding of our offense this season and that has helped him,'' Panthers coach Nate Andrews said. "He put in a lot of time and effort in the offseason with our kids and it has paid off not only in his play, but in his leadership, too.

"We are fortunate to have several good offensive weapons, so we don't have to rely on Trey to throw for 300 yards for us to win. We just try to take what the defense is giving us.''

Since Bilinski's return, the Panthers have lost just twice, to Northridge midway through last season and a 37-29 loss to Plymouth in the sectional finals last November.

It was after that game that Bilinski and offensive linemen Caleb Newcomer got together and began planning how to get ready for 2016.

"When we got back from Plymouth, Caleb and I talked about doing everything we could to not lose another football game at NorthWood,'' Bilinski said. "We wanted to work harder and hold our teammates accountable if need be, or praise them for doing things right. We wanted to be totally focused on just one thing and that was winning.''

Bilinski did suffer a tough loss last winter, that time on the basketball court as a 24-2 NorthWood team fell to eventual state champion Marion 66-62 in the regional finals on the Giants' home court. Bilinski was a starter at forward for coach Aaron Wolfe's Panthers.

"That loss made me even more hungry to knock down the regional wall,'' Bilinski admitted. "That's one of the reasons that beating New Haven was so emotional for us. It's tough to reach the semistate round and we're happy to be there, but we're not ready for it to end Friday.''