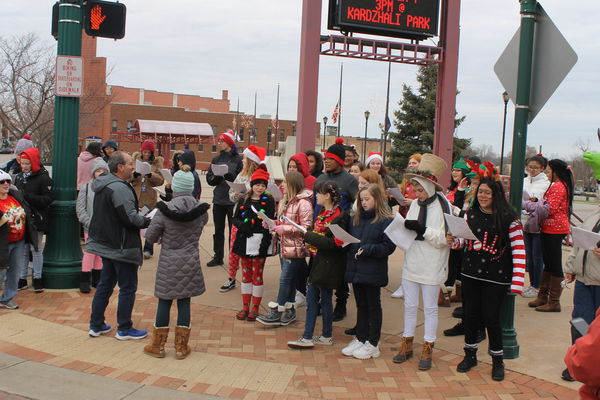 Students at North Side Middle School sing Christmas carols on the Civic Plaza during the Ugly Sweater Run, which was part of the Winterfest celebration in downtown Elkhart this weekend 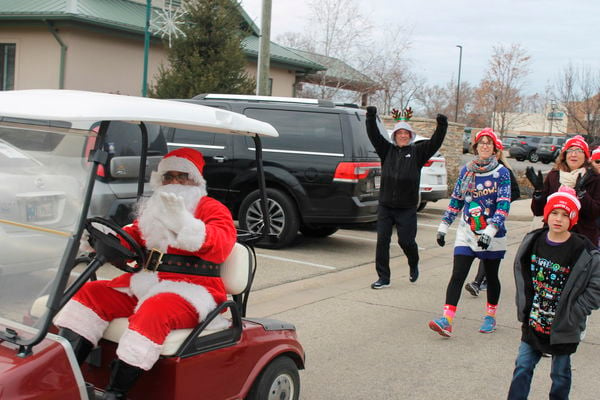 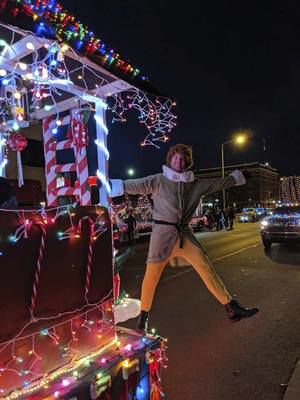 Dressed as an elf, Wes Molyneaux poses on the Elkhart Education Foundation float during the Winterfest parade on Saturday. 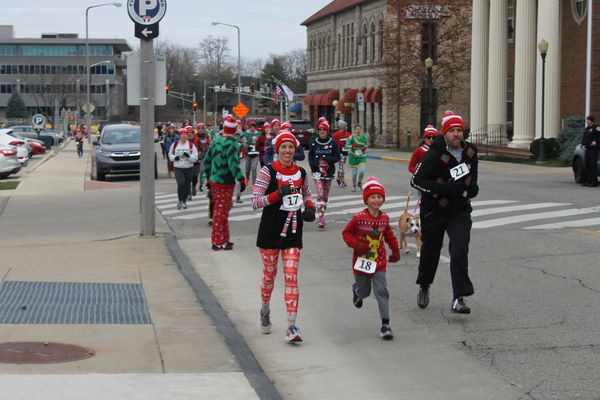 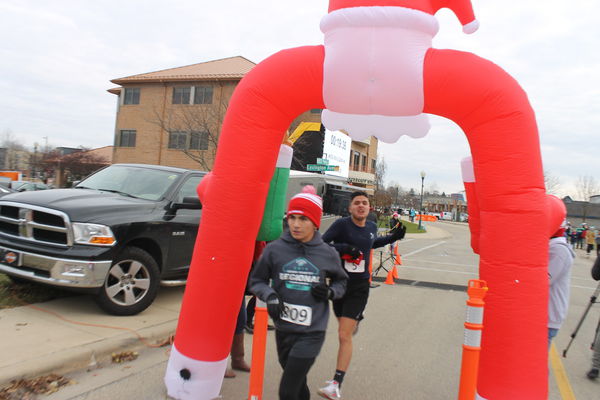 Students at North Side Middle School sing Christmas carols on the Civic Plaza during the Ugly Sweater Run, which was part of the Winterfest celebration in downtown Elkhart this weekend

Dressed as an elf, Wes Molyneaux poses on the Elkhart Education Foundation float during the Winterfest parade on Saturday.

ELKHART — The holiday spirit was in full force Saturday as families throughout the community flocked to downtown Elkhart for a day of festivities at this year’s Winterfest celebration.

The day began Saturday morning with breakfast at the Central Fire Station where Santa and his helpers made an appearance.

After breakfast, a tour of the Premier Arts Festival of Trees was provided at the Lerner Theatre, where Santa was also spotted.

In the afternoon, close to 500 runners and walkers took over the downtown streets decked in their tackiest Christmas attire for an event appropriately titled, “Ugly Sweater Run.”

The course began at the NIBCO Water and Ice Park where participants, some with pets, others with young children in strollers, took off on either a 5K run or a one-mile walk.

During the run, many stood on the side cheering and passing candy to the runners and walkers as they passed by the Lerner Theatre and a group of students from North Side Middle School sang Christmas carols.

The annual event, in its fifth year, is hosted by the Elkhart Education Foundation.

In total, organizers estimated the run raised about $25,000 for the foundation to help fill deficits in Elkhart Community Schools budgets.

“We were pleased with a 20% increase in participation and thought everyone had a tacky good time,” said Ashley Boling Molyneaux, the foundation’s executive director. “The proceeds from this event will help us stock the shelves at the Schoolhouse Supply Store and gift extracurricular grants to ECS teams, clubs, and music programs.”

Also, in the afternoon, attendees were able to ice skate at the city’s NIBCO Water and Ice Park. The Notre Dame Irish Figure Skating Club later performed an exhibition at the park. Later there was also memorial skate in honor of Ralph Hartnagel, a longtime volunteer at the ice park.

The main event – the WinterFest Light Parade – took place from 6 to 7:30 p.m. The parade route went from Main Street to Franklin Street to Jackson Boulevard.

Following the parade, a tree-lighting ceremony was held on the Civic Plaza.

Entertainment at the ceremony was provided by Premier Arts carolers.