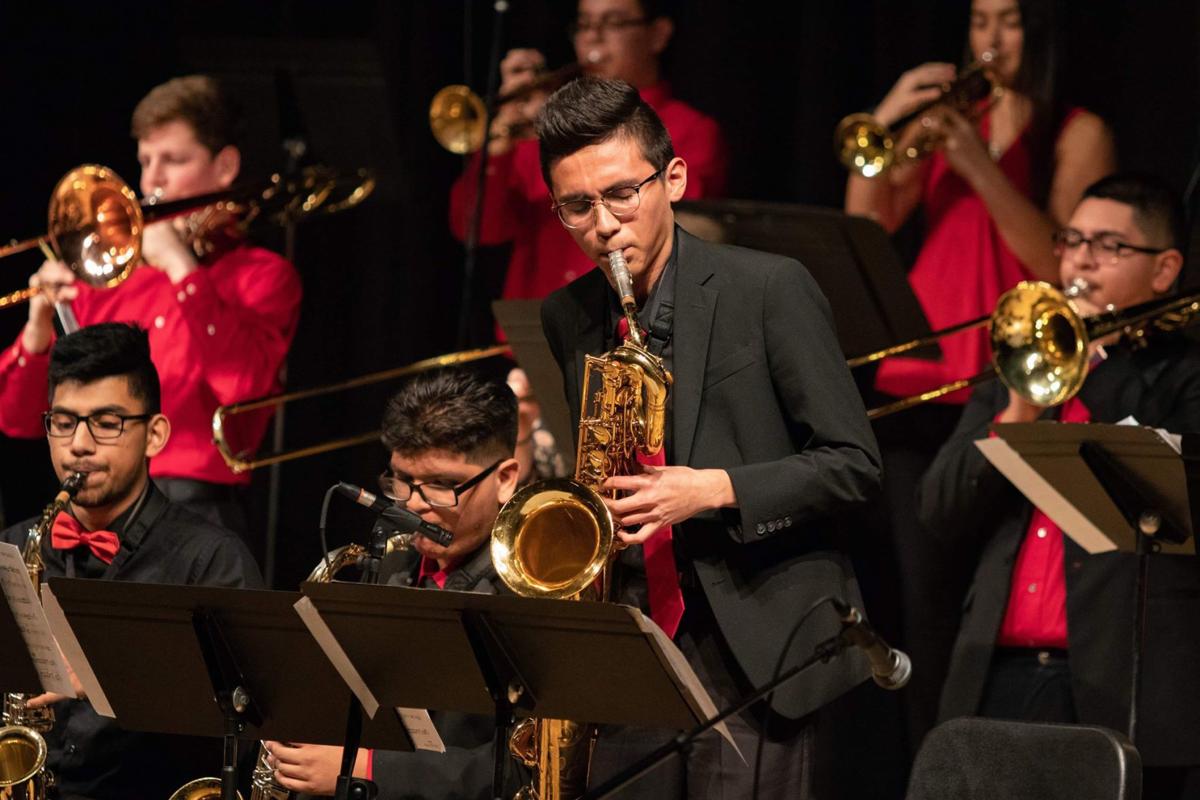 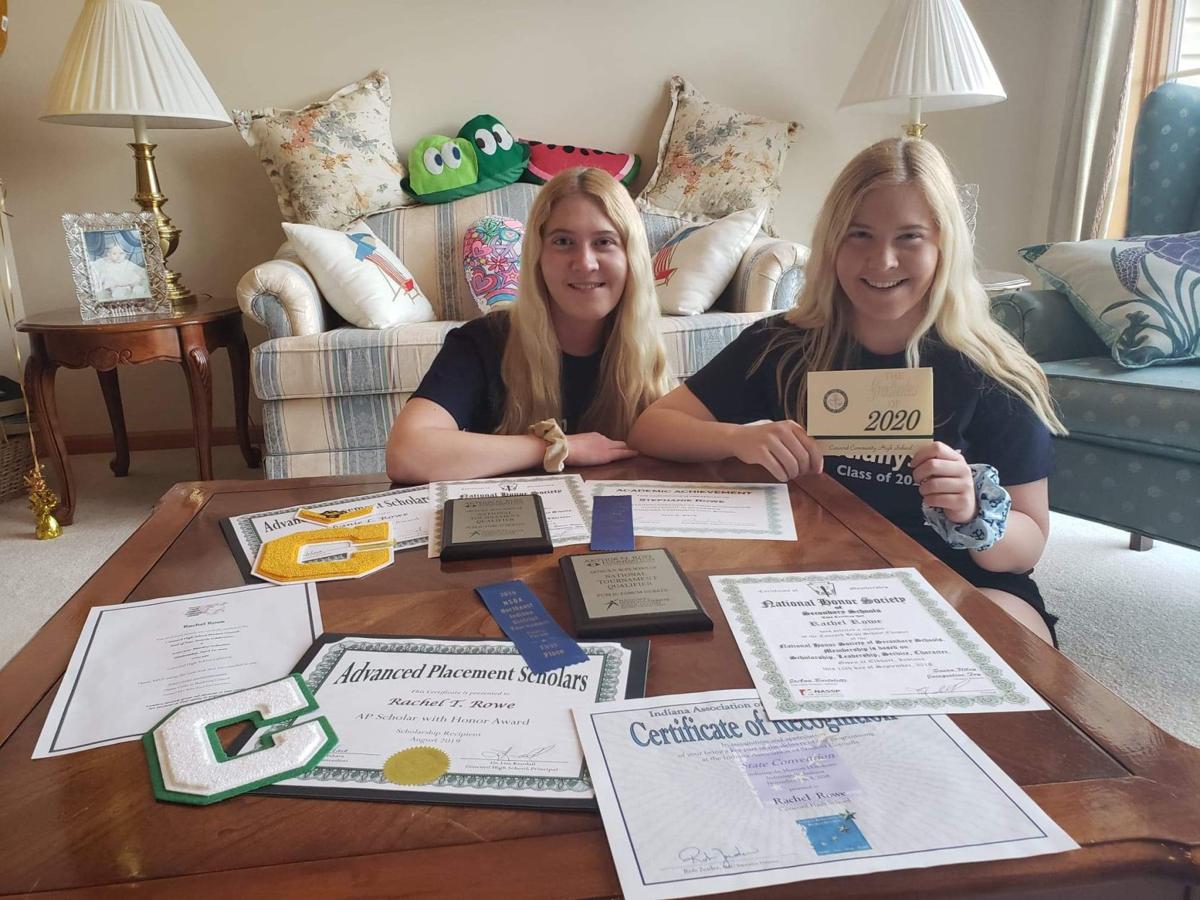 Twin sisters, Rachel (left) and Stephanie Rowe pose with some of their awards and certificates they earned at Concord High School. 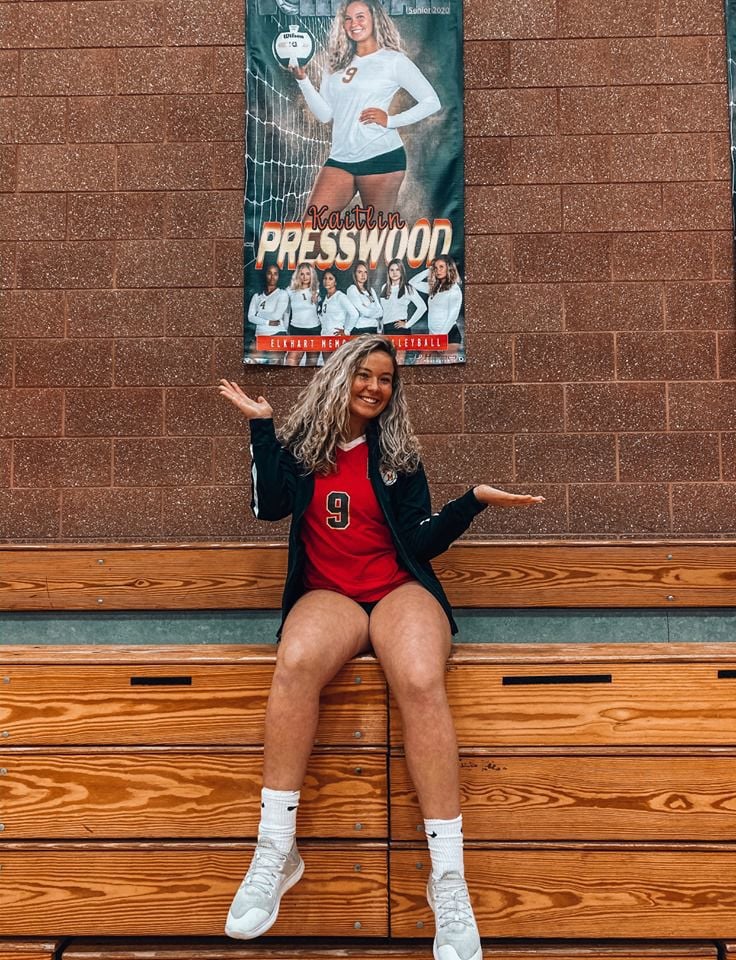 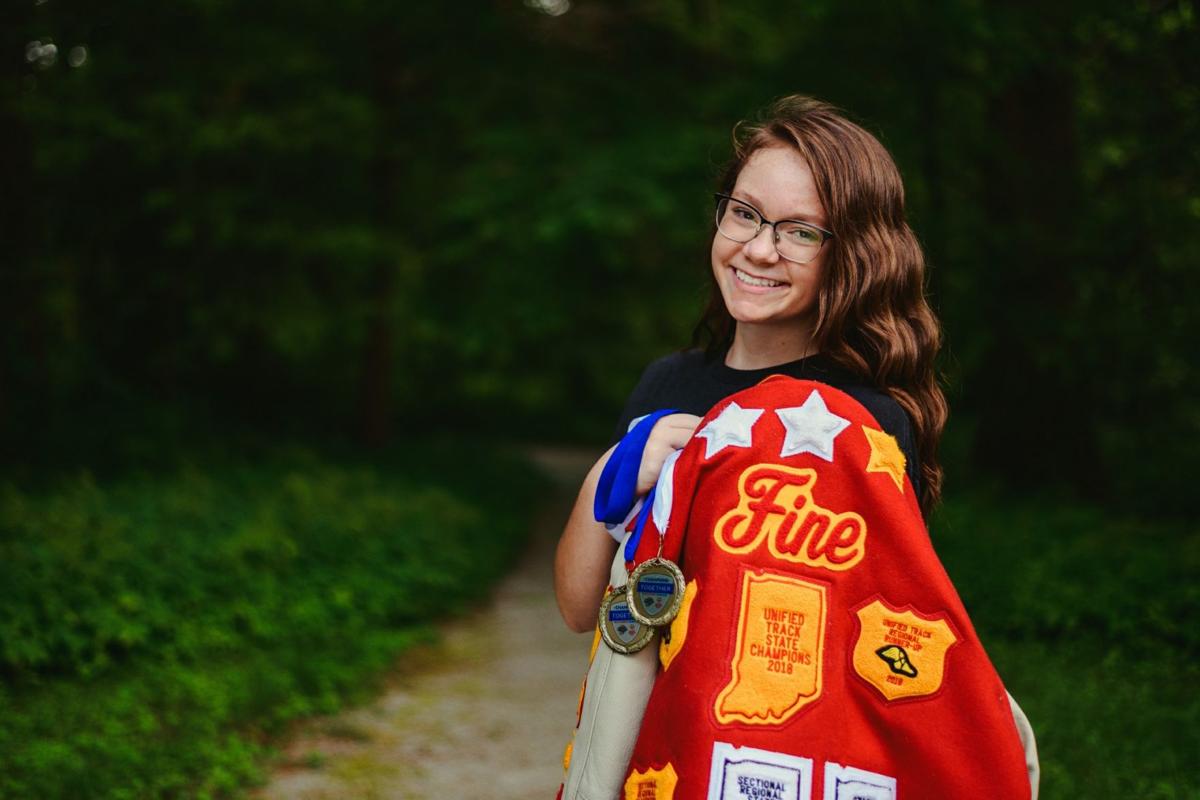 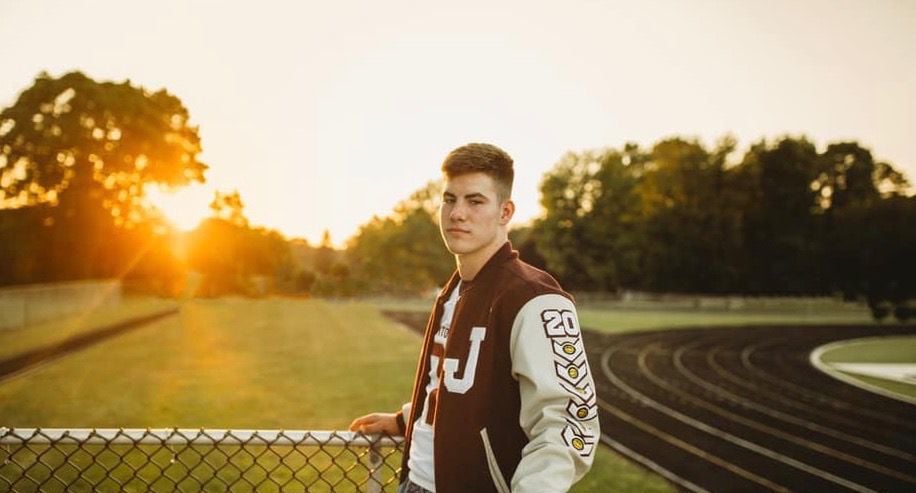 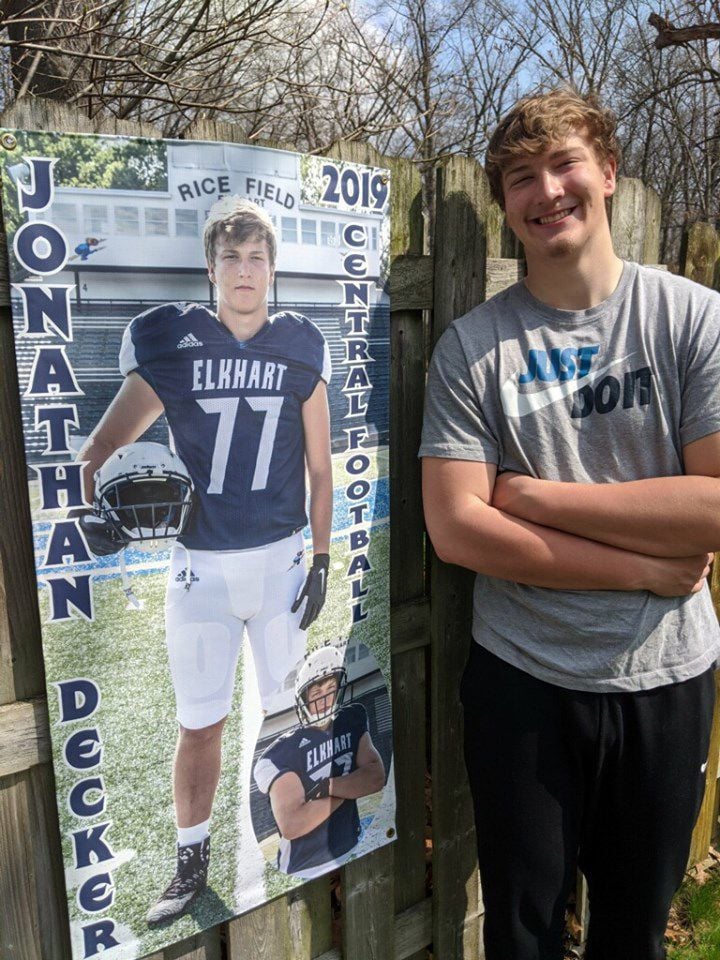 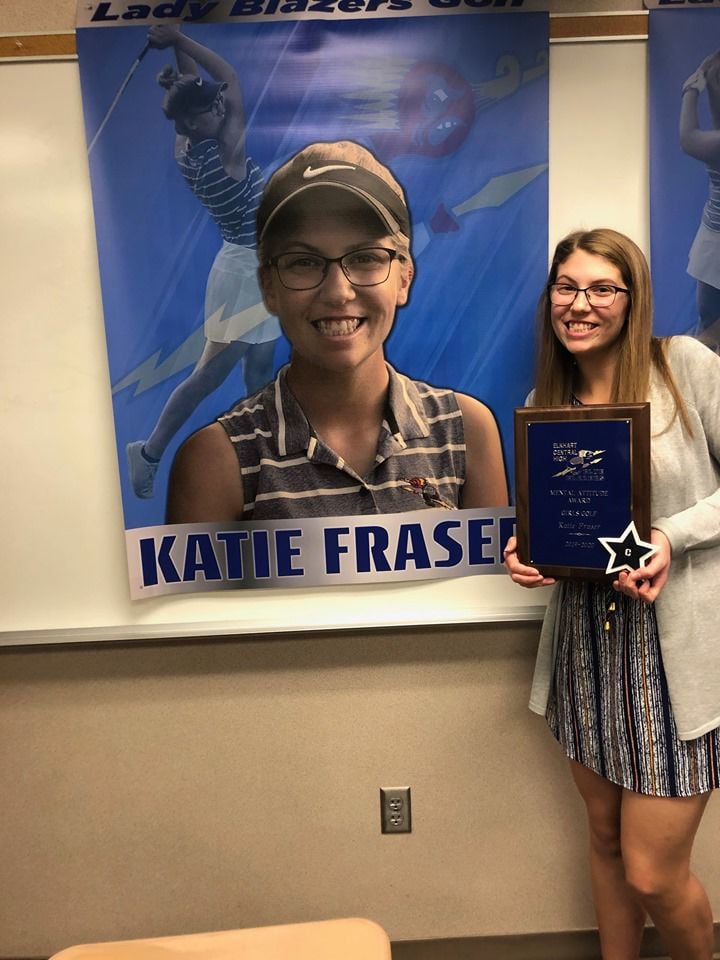 Twin sisters, Rachel (left) and Stephanie Rowe pose with some of their awards and certificates they earned at Concord High School.

ELKHART — “Robbed” is how seniors throughout Elkhart County are summing up the loss of their final high school moments.

Students learned last week that all K-12 schools across Indiana would remain closed for the remainder of the 2019-20 school year to curb the spread of the coronavirus.

Final year-end traditions and events – prom, competitions, sports, concerts and graduation – have all been either canceled or cast into uncertainty.

The news was a devastating blow for many local seniors.

Kaitlin Presswood, a senior at Elkhart Memorial High School, said she was eager about her school’s annual tradition where seniors walk through the elementary and middle school hallways in their caps and gowns a week before graduation.

“It’s a lot you look forward to your senior year and these are final moments we won’t have,” she said. “I also have a prom dress that may never get worn. It’s pretty disappointing.”

She and mother, Jami Presswood, said they’re both hoping graduation is postponed and not canceled.

“Kaitlin will still be a graduate regardless, but possibly not getting to see her walk across the stage is really hard to think about,” Jami said. “And not getting the opportunity to celebrate all three years of success and that accomplishments before she’s set rite of passage and moves on to the next chapter of her life.”

Brian Beas, a senior at Goshen High School, said he was looking forward to his school music department’s spring break trip New York City. But the trip has been called off.

“I was also looking forward to my senior performance at Jazz Band State Finals in Indianapolis this spring, but that too has been canceled,” he said.

Throughout his high school career, Beas, a saxophone player, has been drum major for the Crimson Marching Band and has also been involved in advanced jazz band, wind ensemble and winter percussion.

When news came that school would be closed for the rest of the year, Beas said he was not surprised. It was an abrupt end to what had previously been a piecemeal process.

“I think around March 13 was our last official day of school, so I heard rumors that we’d likely not return,” he said. “And then the next day we got the announcement that school would be canceling. So, it was expected, but just like anyone else, I was disappointed that my senior year was cut short.”

Clay Campbell, a senior at Jimtown High School, had particularly been looking forward to his final year of playing baseball on his school’s home field.

“Since basketball was my last senior night, I don’t know if I took it as my last time ever playing at my homecourt or school,” he said. “I thought baseball would be the last sport I played at Jimtown, so I wished I had cherished the moment a bit more with basketball.”

“It also sucks that I won’t get to go back and see my friends every day and get that anticipated finish that I thought I was going to have,” he said.

But the 18-year-old remains optimistic as his sports career will continue at Marian University. He is, however, hoping commencement isn’t canceled so he can celebrate the milestone with his classmates.

“If we can have commencement still, I’d at least get to see my friends and everyone one last time before we all enter the next chapter of our lives,” he said.

Elkhart Central senior Jonathan Decker is also hoping to congregate with his peers for graduation.

"I would love for there to be a graduation to see everyone for the last time, but I don’t know how it’ll be able to happen," he said.  "We want to make sure everyone is healthy first and not to create a bigger problem, but it’d sure be nice to have everyone come together as a Blazer family."

Twin sisters Stephanie and Rachel Rowe, seniors at Concord High School, said they were hoping to finish a host of student council projects such as building a free little library for the elementary students. The projects will likely remain unfinished.

“We also have an academic honors banquet every year and Rachel and I are in the top ten,” said Stephanie. “Every year top ten gets to give a plaque to a teacher that had the most impact on them and we’re hoping to still be able to do that because we really want to show our teachers how much we appreciate them.”

Katie Fraser, a senior at Elkhart Central, said she found out on Facebook that schools would be closed, and “I was shocked.”

“I couldn’t believe it was true,” she said. “My friends and I all agree this feels like a dream we can’t wake up from.”

But when it comes to commencement, Fraser shares the same sentiments as her peers.

“I hope the district postpones commencement instead of canceling it, if it comes to it, because we’ve all worked too hard to not be able to have this once-in-a-lifetime moment,” she said.

Concord and Elkhart Memorial high schools were scheduled to hold their commencements at the University of Notre Dame’s Purcell Pavilion. Some parents are suggesting they hold the ceremony outside at their local football fields.

“I do worry about delaying graduation too much because you may have some students who may go into service or if things go back to normal, some kids are going to go off to college or other places early and may not have the opportunity. So, I think holding it close to normal would be the best solution,” said Linda Fine, mother of Trinity Fine, a senior at Elkhart Memorial.

“I just want my daughters to end their senior year the right way since they won’t be back at Concord next year,” she said. “I think holding commencement outside on the football field like they used to do it would be the best solution instead of canceling it.”

Jami Presswood said that in lieu of Elkhart Memorial’s canceled prom, she and her husband are thinking of holding a backyard prom later this year for Kaitlin and her friends. Many parents also said they plan on still throwing a graduation open house for their child.

“In the end, I know it’s not the same, but we’ve definitely thrown a few ideas out there to try to make the best of a bad situation,” she said.