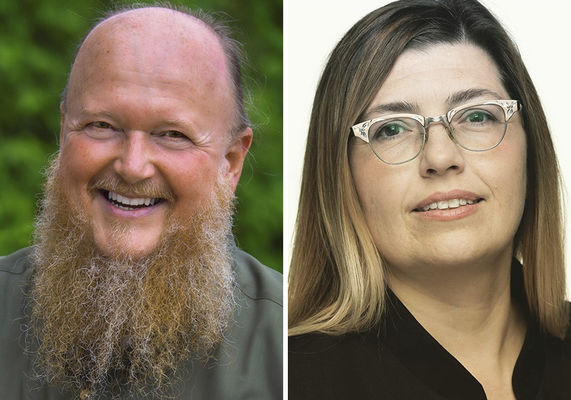 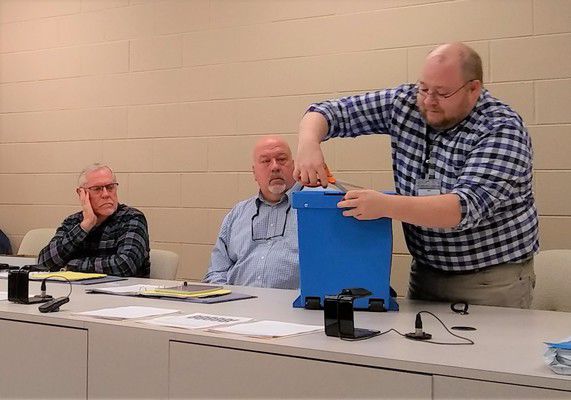 Chad Clingerman, right, opens a sealed container of ballots in preparation for a recount with other appointed commission members Allan Kauffman and James Ramer.

Chad Clingerman, right, opens a sealed container of ballots in preparation for a recount with other appointed commission members Allan Kauffman and James Ramer.

GOSHEN — Matt Schrock will be sworn in to the Goshen Common Council after his win was confirmed by a vote recount Thursday.

The Republican candidate was elected to the District 3 seat over Democrat Jennifer Shell on a vote of 249-247. Shell had petitioned the court for a recount after seeing such a slim margin, and a judge appointed a three-person commission to take a second look at the nearly 600 ballots cast in District 3.

Commission members Allan Kauffman, James Ramer and Chad Clingerman spent four hours poring over the ballots after receiving instructions from Elkhart County Judge Michael Christofeno early Thursday morning. They first confirmed that the overall number of ballots matched the records from Nov. 5, then checked that they had been initialed and stamped on the back by election officials, before counting them out precinct by precinct.

Schrock expressed relief after the results were given, though he indicated the outcome was never really in doubt.

“I’m glad this part’s over. I’m real happy with the results,” he said, adding praise for the way the process was conducted. “I’m just glad it’s over and I’m excited to get to work and do what I signed up to do.”

He also expressed praise for Shell, whom he described as a friend.

“It was a tough race for both of us. I mean, obviously. We both beat on about the same amount of doors,” he said.

Shell’s first action after hearing the outcome was to go over and shake her opponent’s hand. She said she’s glad to have him represent her in their district.

Had she not lost to such a nice guy, she added, she might not have felt the same way.

“I like him a lot, actually. I told him straight up to his face, earlier this summer when I went to go talk with him, ‘Hey, you know what, I would be happy to have you as my councilor,’” Shell said. “I think he brings something that a lot of us in the district are feeling, that it’s kind of the left-behind district, with all the focus on the downtown, and he gets it.”

District 3 includes the north-central part of the city, roughly between C.R. 19 and C.R. 127 north of the railroad tracks. There are 3,251 registered voters in the district.

And while Shell may have had her fingers crossed for a different result, she said she felt it was important to ask for a recount so voters could see that the original count was accurate.

“I think Elkhart voters can feel pretty good about the quality and the precision of the systems,” she said.

It was the second recount held in Elkhart County since 2007, according to Clerk of the Circuit Court Chris Anderson, who advised commission members on Indiana law and answered any questions they had. The original result in that Elkhart City Council race was confirmed, though the commission at the time didn’t have the benefit of paper ballots to thumb through as they did now.

The county bought a suite of hybrid touchscreen and paper machines to use starting in the May primary election, at a cost of about $1.7 million. After entering their choices, voters are given a long, skinny card to inspect before casting their votes in a separate tabulator.

Independent candidate Rafael Correa’s result of 33 votes also was confirmed by the recount.