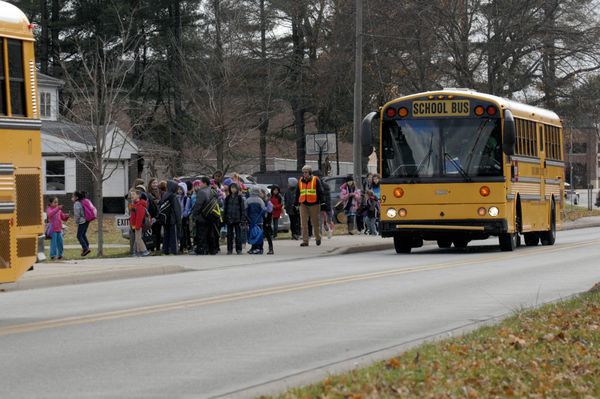 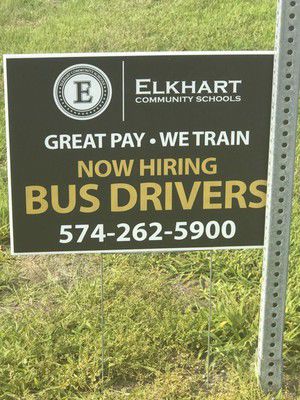 ELKHART — Local school districts are offering pay raises and other incentives to combat an ongoing shortage of bus drivers.

At Elkhart Community Schools, the school board this week approved revisions to the district’s bus compensation plan policy. The revisions will include a 75-cent hourly wage increase for bus drivers.

“There is a significant shortage in the United States of individuals who have commercial driver’s licenses, whether you are a bus driver or an over the road driver, everyone is looking for someone who has a CDL,” said Doug Thorne, district counsel/chief of staff at ECS. “So, it’s important for us to maintain a competitive wage rate that is at minimum competitive with other school corporations in our region and that would be the rationale for increasing the hourly wage rate for all of our bus drivers as the policy calls for.”

The revised policy also calls for the addition of retention rates to encourage drivers to stay with the district.

Bus drivers who have completed probation will be eligible to receive a driver retention payment of $250 each semester, provided the driver was employed by the school corporation as a driver for four or more hours each day during the immediately preceding semester and continues to be actively employed as a driver.

Elkhart Community Schools is the largest school district in Elkhart County with 11,961 students and 21 schools. The corporation provides busing for about 70 percent of students, according to Terry Chomer, the district’s director of transportation.

Currently, the corporation has 115 bus drivers and is about five drivers short, Chomer said.

But school officials are hoping to alleviate the shortage before the 2019-20 school year.

“It’s important for us to make sure that we can attract the very best to transport our students to and from school,” Thorne said.

Michelle Ivey, who’s been a bus driver for ECS for 18 years, said although she’s grateful for the raise, she would also liked to have seen an increase in the field trip pay they receive.

Currently, bus drivers receive $13.25 an hour for field trips. Ivey said she believes that rate needs to be raised to $15 or $16 to be competitive with other school districts.

“I think a raise for field trips would help drivers cover field trips better and make us more competitive,” she said.

Ivey also said she believes that the corporation should give drivers six-hour routes a day to make them full-time so they can be eligible for insurance. She said only a small number of drivers work full-time.

“I personally know of three drivers who are not returning because of the inability to have insurance,” she said.

But Ivey said she’s hopeful that will change.

“I think once we are needed to bus kids to the Elkhart Health & Aquatic Center, they will be able to hire more in at six hours,” she said.

“Many districts are experiencing a shortage of qualified bus drivers. With that in mind, Goshen Community Schools began exploring ways to make the position more attractive to potential candidates and to incentivize the driving professionals who we already employ,” said Kelley Kitchen, executive director of finance at GCS.

Kitchen said the corporation sent out a survey last fall to the transportation department asking staff members what improvements they’d like to see made.

After receiving the results from the survey, the corporation took those ideas and began working on incentives to help keep drivers and attract new ones.

In total, they came up with four incentives, the first of which increases field trip pay to $15 per hour. The current rate is $13.

Also approved was a plan to review the pay structure of drivers to decrease complexity and increase transparency.

“Our current pay structure includes multiple layers such as daily rate, hourly rate and longevity rates which are sometimes difficult for our staff to have an accurate view of their hourly rate,” Kitchen said. “We hope to develop a structure with less layers so it is easy to identify an hourly rate for each driver.”

The third recommendation approved was to implement uniform shirts for bus drivers. The transportation department will coordinate with drivers to bring a shirt selection proposal to the board for approval in October, Kitchen said.

Lastly, the school board approved a safety incentive in which bus drivers who remain accident-free will be awarded a GCS safety jacket.

The approved incentives will take effect immediately for the 2019-20 school year.

Earlier this month, Concord Community Schools increased the hourly rate for bus drivers and offered them the option of applying for health insurance.

The school board approved a 50-cent raise for all bus drivers. The hourly rate will increase from $19 to $19.50 for a starting bus driver and $18.50 to $19 for substitute drivers. The pay will top out at $23 for experienced drivers.

Moreover, the corporation will also offer health care, vision and dental coverage to bus drivers who work 25 hours or more. Both measures took effect on July 1.

Concord Assistant Superintendent Scott Kovatch said the corporation conducted a market analysis in May in which officials looked at neighboring districts that were similar in size in terms of the number of buses and the number of students being transported.

The comparison found that Concord was the only district that did not offer health care.

“We’ve had bus drivers who’ve asked if we’re at some point going to offer health care and if we did they’d be interested in coming to our district,” Kovatch said. “So, we saw this as a key piece that we needed to get on the table to compete and make ourselves more marketable.”