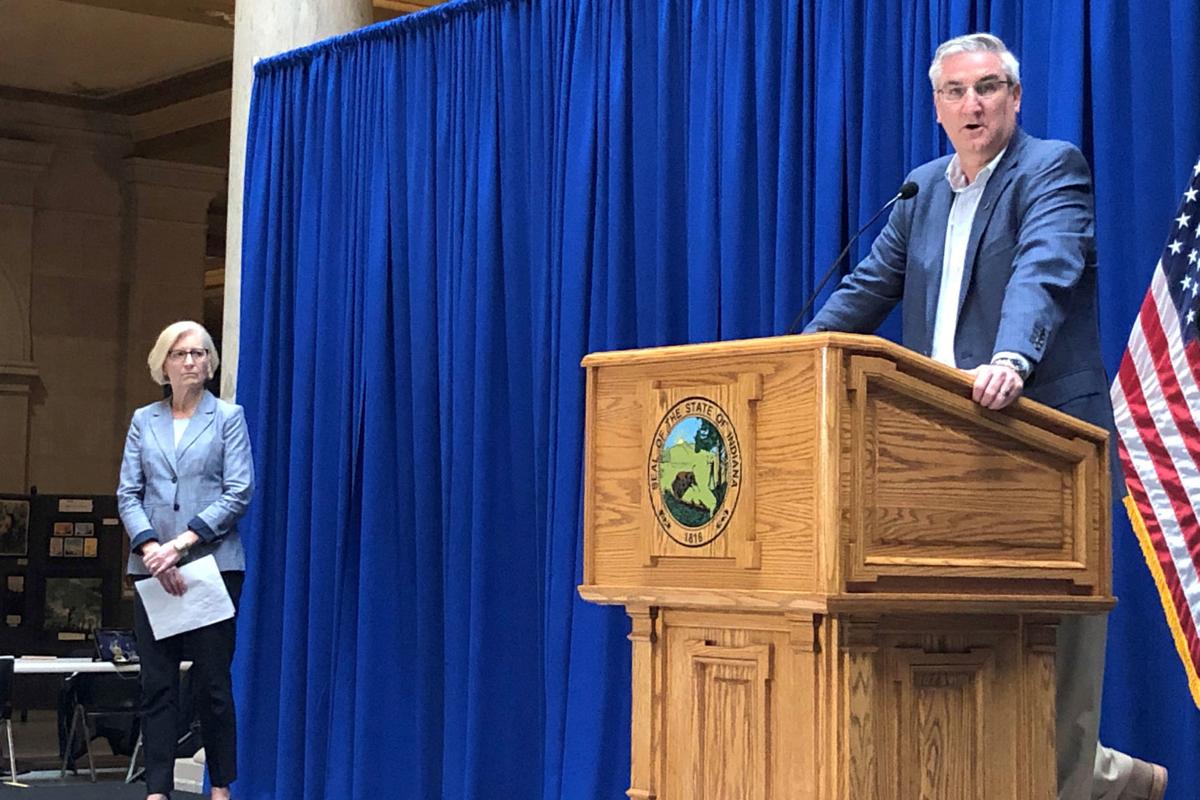 Indiana Gov. Eric Holcomb speaks during a during a news conference while Dr. Kristina Box, the Indiana state health commissioner, listens on Friday at the Statehouse in Indianapolis.

Indiana Gov. Eric Holcomb speaks during a during a news conference while Dr. Kristina Box, the Indiana state health commissioner, listens on Friday at the Statehouse in Indianapolis.

Indiana's number of confirmed cases of COVID-19, the disease caused by the virus, grew by 290 to 1,232, the Indiana State Department of Health said. Indianapolis had the most new cases at 136, while northwestern Indiana's Lake County had 23.

In Elkhart County, the number of confirmed cases grew by two to 11.

The state's number of confirmed cases has surged nearly 10 times what was reported a week earlier even as testing remains largely limited to those seriously ill and medical workers.

A statewide stay-at-home order issued by Gov. Eric Holcomb took effect Wednesday, with exemptions for essential businesses to remain open and for necessary trips for food and medicine.

For most people, the new coronavirus causes mild or moderate symptoms, such as fever and cough that clear up in two to three weeks. For some, especially older adults and people with existing health problems, it can cause more severe illness, including pneumonia, or death.