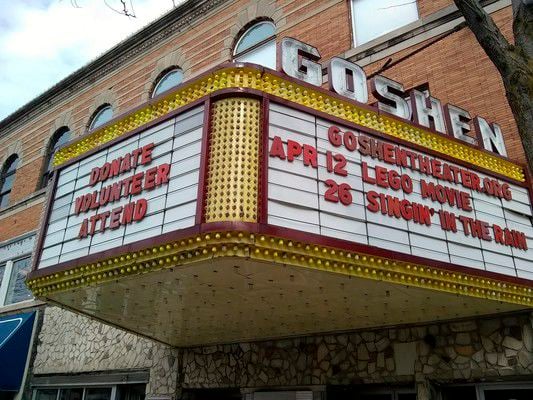 Pictured is the Goshen Theater marquee. 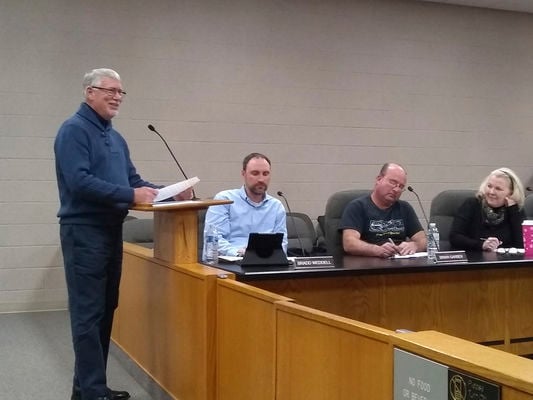 Pictured is the Goshen Theater marquee.

GOSHEN — An unexpected and anonymous $1 million donation will allow Goshen Theater to make some interior improvements sooner than planned.

The theater board on Tuesday announced the donation, which it said came from “a family who values our community and the arts.” The family’s $500,000 gift will be matched by the Community Foundation of Elkhart County.

“It is a wonderful thing to see somebody step forward like this and to make this sort of donation, and to see the foundation step forward and make that additional commitment as well,” board Vice Chairman David Daugherty told the Goshen Redevelopment Commission, which also lent support to the project. “But really, it started right here, in these chambers, in this room, and with the support of City Council.”

He said the donation allows theater directors to accelerate funding efforts for additional upgrades that weren’t originally planned for the first phase of renovations. Those include new, larger seats for the main floor and balcony as well as repair to the plaster ceiling and new paint and carpet.

The theater started its project in May with work in the basement, which included building an elevator. Phase 1 was expected to wrap up in February, but Daugherty said it could extend into May with the extra interior work.

“Originally, we weren’t going to do a lot on the interior part of the theater itself because of Phase 1 taking so much of our initial effort to get the house ready for using it,” he said. “We’re looking at what sort of other improvements we might be able to make in the auditorium to make it, really, a much more comfortable experience for people,”

The board is now working with Kil Architecture Planning to research Americans with Disabilities Act requirements and draw up design and construction documents for the auditorium, he said. Those should be done by mid-December, and then DJ Construction can get solid quotes for the work.

When the quotes are available in 2020, the theater board will determine the final scope for the additional work, Daugherty said.

He said the theater board hopes the $1 million gift will inspire others to give as well. The fundraising task force has a goal of an additional $300,000 to $400,000.

“We really feel, when those doors do open in late May or early June of 2020, it’s something we will all be really proud of,” he said. “People are ready for Goshen Theater to reopen.”