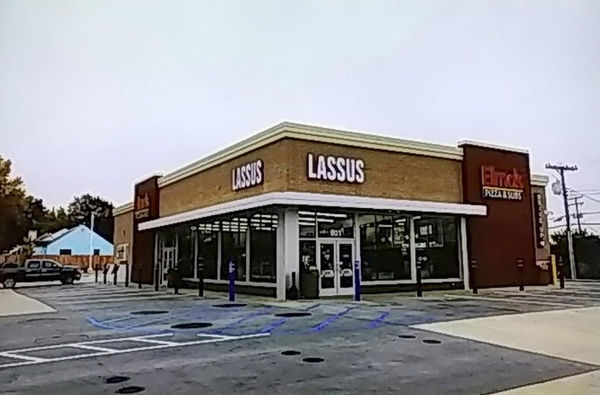 This is the design for a Lassus gas station and restaurant presented to Goshen City Council on Tuesday. 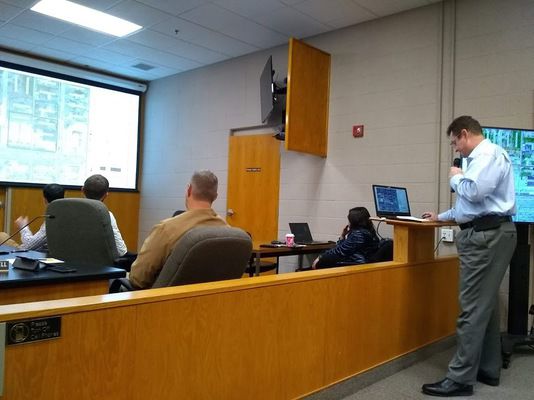 Sam Schenkel, vice president of real estate and development for Lassus Brothers Oil, describes the company’s plan for a new gas station and restaurant to Goshen City Council on Tuesday.

This is the design for a Lassus gas station and restaurant presented to Goshen City Council on Tuesday.

Sam Schenkel, vice president of real estate and development for Lassus Brothers Oil, describes the company’s plan for a new gas station and restaurant to Goshen City Council on Tuesday.

GOSHEN — The Goshen Common Council has cleared the way for a new gas station and restaurant in the West Goshen neighborhood.

Lassus Brothers Oil Co. plans to build a 5,700-square-foot convenience store with a restaurant inside and seven gas pumps out front on the north side of Pike Street at Indiana Avenue. Council voted Tuesday to rezone the land and vacate an alleyway that goes through the property.

Company President Todd Lassus said they hope to build sometime in the summer, now that almost all the details have been worked out with the city.

“We might be able to start some of the demolition in the spring. But actual construction, we have to still get state final permits approved, so it’ll probably be late spring or early summer,” he said.

“We’re about 99 percent aligned with (the city). I think the landscaping is just maybe one of the smaller issues that need to get worked out. We’ll be able to do that.”

The station will be built on 1.76 acres that include the Pletcher Auto Sales property as well as three other parcels of land, with other commercial property on either side and residences to the north. Council heard from several neighbors who support the project, after company representatives had addressed their concerns such as alley traffic and light pollution.

Sam Schenkel, vice president of real estate and development, walked council through the details of the plan. He said Lassus, a fourth-generation family business that began in 1924, started looking at Goshen in 2018.

The store would have parking for 44 cars, space for 30 people to dine in at the Elmo’s Pizza and Subs restaurant and would employ eight to 10 people. Trees will be planted around the site, and council approved a variance to allow an 88-square-foot lit sign on the property.

Councilman Adam Scharf asked about leak prevention measures for underground storage tanks. Schenkel described double-lined tanks and fuel lines as well as multiple sensors that can trigger an automatic shutoff of the system.

“Everything that either holds or transports the fuel is double lined,” he said. “So the advancements and the technology that goes with it is kind of comparing a biplane to a stealth fighter.”

Council passed the rezoning to commercial with a planned unit development, as well as the public way vacation, on both readings.