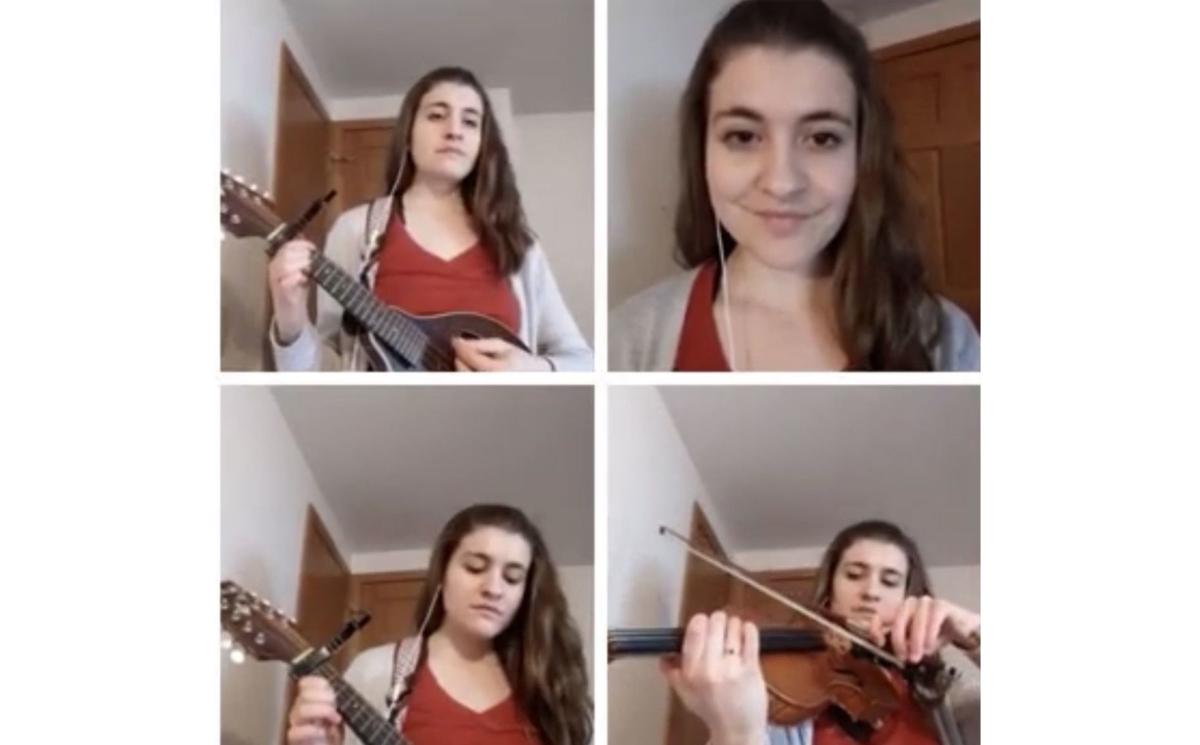 Local musician Hillary Harder shares a video on “Goshen Sings” of her performing the hymn “Take My Life and Let it Be.” 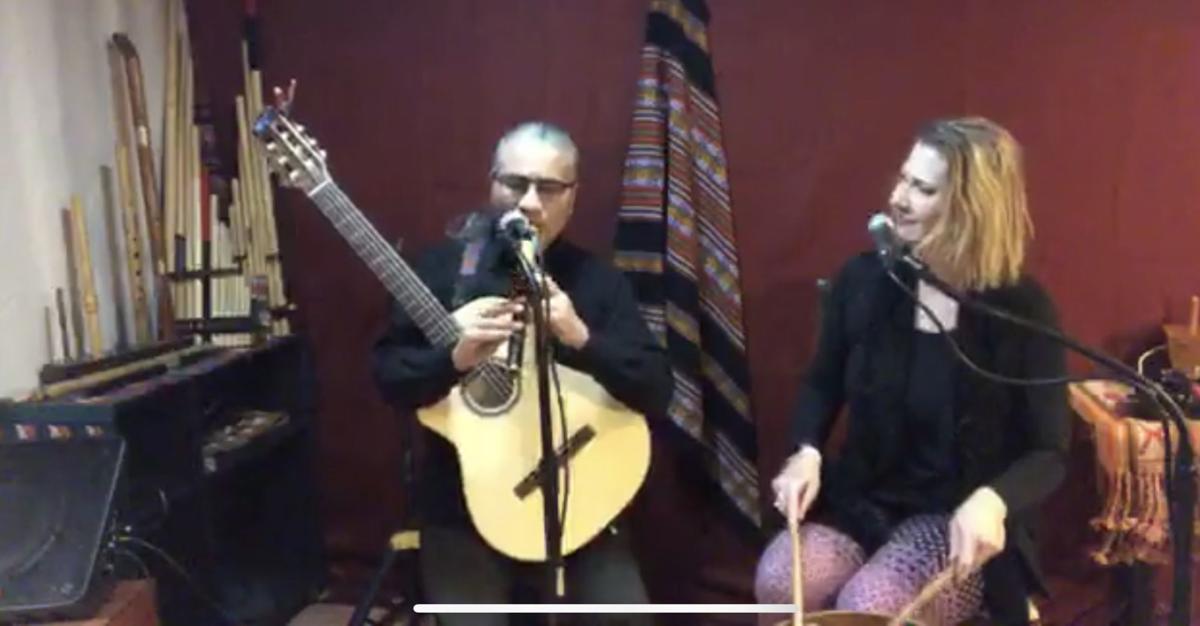 Musicians Nayo Ulloa, left, and his wife, Heather Bridger-Ulloa give a live performance in video posted Sunday to the Facebook group "Goshen Sings."

Local musician Hillary Harder shares a video on “Goshen Sings” of her performing the hymn “Take My Life and Let it Be.”

Musicians Nayo Ulloa, left, and his wife, Heather Bridger-Ulloa give a live performance in video posted Sunday to the Facebook group "Goshen Sings."

GOSHEN — The impact of the global coronavirus outbreak has forced many to adapt to a new normal of staying at home as they socially distance themselves to keep others safe.

To that end, Jose Elizalde of Goshen decided to spread some cheer through a Facebook group by finding a commonality he believed would engage and entertain the local community.

The group is called, “Goshen Sings,” where local artists can sing together and share their art to keep up morale as the world endures the COVID-19 pandemic, Elizalde said.

The inspiration for the group, Elizalde said, came from Italy where people have been singing from their balconies while quarantining.

“Goshen enjoys the arts,” Elizalde said. “There are many artists in our area, and it’s all across the board, from painters to musicians, bands, potters, sculptors. When you think Goshen, you think the arts. It just felt like the right thing to do, to create a Facebook group that would allow people to share their talent, their music, their art.”

Since creating the group a few weeks ago, Elizalde said it has evolved. Initially, he said, he wanted all group members to gather to sing songs at 5 and 7 p.m. every day but realized that might not be feasible for everyone.

“So, I’ve opened it up for people to simply share videos, share the performances,” he said. “People can record a video or go live any hour of the day, so if mornings are a better time for you, by all means, go live and share your talent.”

The group currently has over 1,400 members. Many said the group has been a great way for the community to stay in touch by having social interactions while still maintaining a physical distance.

“This group has become an important source of unity, expression and connectedness among members in Goshen and those with Goshen connections,” said Nayo Ulloa, a Goshen musician.

Ulloa and his wife, Heather Bridger-Ulloa, have been holding mini-concerts of Latin American folk music twice a week since March 15 through Facebook live, which can be found in the group.

“Our friends and family from far and wide look forward to them and we take special requests from as far as Lima, Peru, and Spain,” Heather said.

Another participant, Hillary Harder, said she recently joined the group after a receiving a recommendation from a co-worker who found it to be a great creative outlet and thought she’d equally enjoy it.

Her co-worker was right.

“I think this group is a wonderful way to bring people together through music,” she said. “It provides some snippets of hope and beauty throughout the day and reminds us that we’re not alone.

Harder, who resides in Elkhart, is a music educator, violinist and vocalist.

She said live music has been something she’s missed the most during this time of quarantine, a void which has been filled in the group.

“Singing in a community is such a powerful unifier,” she said. “Anyone who has seen those videos of quarantined people in Italy singing through the windows can probably tell you they got goosebumps. It just feels so uplifting to sing with other people.