Baugo school board voted unanimously to accept the resignation of Joe Linville, a boys track and cross-country coach, during Monday’s board meeting. Community members expressed their displeasure with the decision. 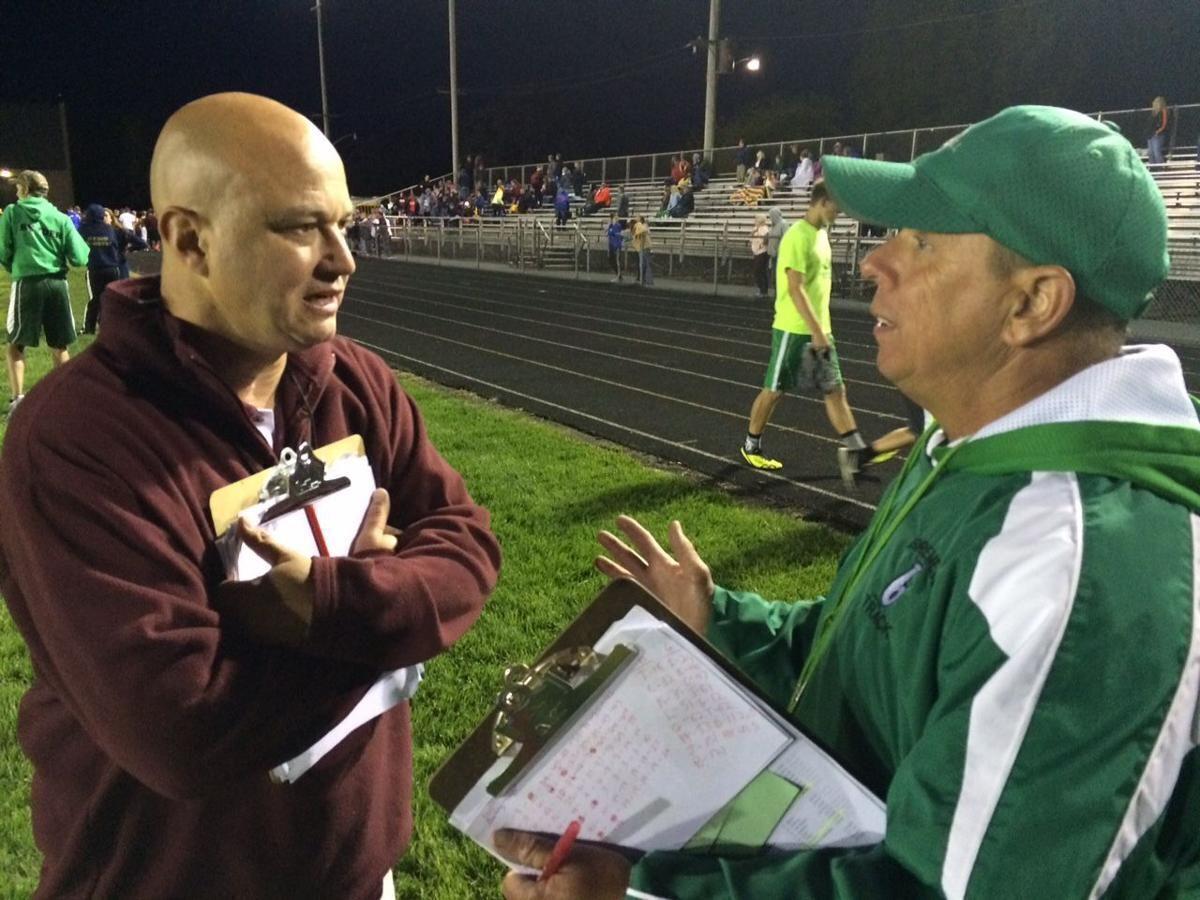 Baugo school board voted unanimously to accept the resignation of Joe Linville, a boys track and cross-country coach, during Monday’s board meeting. Community members expressed their displeasure with the decision.

ELKHART — A small group of protesters took the resignation of a popular Jimtown track and cross-country coach to the school board, speaking highly of the longtime educator and asking school officials to reconsider their decision.

The Baugo Community Schools board of trustees accepted the resignation of Joe Linville during Monday night’s meeting.

Linville, 55, has been girls and boys cross country coach at Jimtown High School and the head boys track coach for the Jimmies for nearly 30 years. He is also an English teacher at the high school.

School officials did not comment on what led to Linville’s decision to resign, citing district policies against discussing personnel matters.

The three individuals who addressed the board and several on social media said Linville is no longer coaching after a complaint came in about a call-out letter he wrote to student-athletes. It admonished students to dress for the weather, saying in part, “you are not tough because you’re going out in the cold underdressed; you’re just cold and dumb.”

During the board meeting, protesters described Linville as a caring, highly visible coach and educator who has been instrumental in helping students achieve goals and obstacles. They said his resignation would be a significant disservice to students and athletes.

Amanda Fisher, a former student, said she believes allowing Linville to resign because of the statement is unjust.

“I think anyone that knows Joe Linville knows that was meant to be sarcasm,” she said. “Also, these aren’t elementary-aged children. I think they need to get used to the word ‘dumb,’ which is a common term in everyday society.”

She also said she believes his alleged dismissal for the use of the word “dumb” could be opening a Pandora’s box to have other words questioned that may be used by coaches and staff.

“I just don’t feel the punishment met the crime in this situation,” she said.

Another former student, Cassandra Preston, said Linville was more than just a coach; he was a mentor who helped students and athletes overcome challenging circumstances, she said.

“To say I was raised in a high-risk household might be an understatement and I knew that Linville knew that and maybe he treated me differently, but that came from him taking time to know me as a student and as a person,” she said. “Because of him, I live a life that’s very contrary to the statistics of my upbringing and I do not doubt that he’s still creating those same impactful experiences for the youths of this community.”

Judy Truex said Linville taught and coached her two children and said she witnessed firsthand the love and respect he has for his students and athletes.

“I respectfully ask the board to reconsider his resignation in all that he’s done for this school and community; there are not even enough words for it,” she said.

After the meeting, David Dickson, the school corporation’s attorney, said he was unable to speak on the specifics of Linville’s resignation, but said the board’s policy is to follow progressive discipline, which is an employee disciplinary system that provides a graduated range of responses to employee performance or conduct problems.

“When we administer progressive discipline, we always do that in writing, which explains very clearly why they’re being disciplined,” Dickson said. “They’re always allowed union representation if they fall in that category.”

Dickson noted Linville will still be an English teacher but stepped down as the track and cross-country coach.

Linville was not present during Monday’s meeting. In an email on Tuesday, he said, “All I want to say is that I am stunned, humbled and grateful beyond my ability to speak, for all the support I received. God has some other plans for me, and I must have been standing in his way.”

Rasmus, what happened to ken Fox’s great article on this issue? It seems to have disappeared along with my comment about? Did you put him in time out?

As far as I can tell, it is there. Can you not see it?