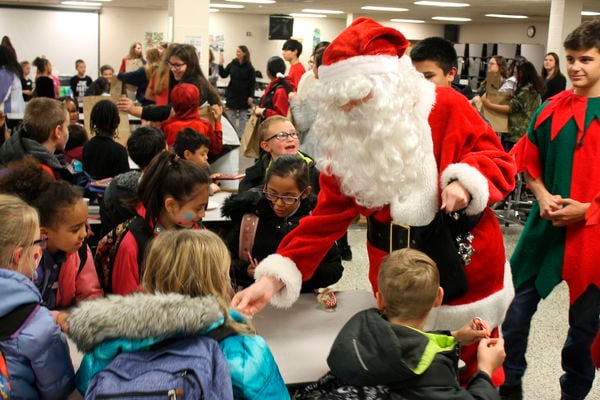 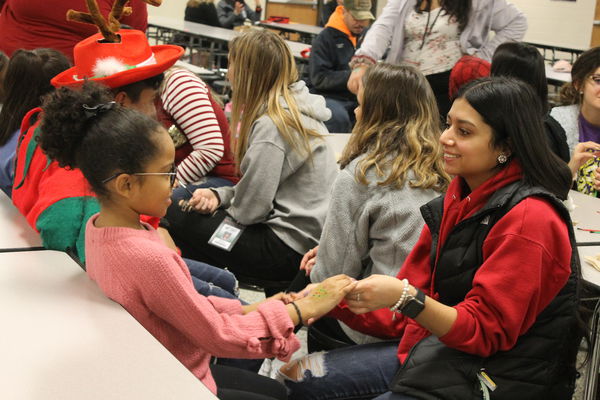 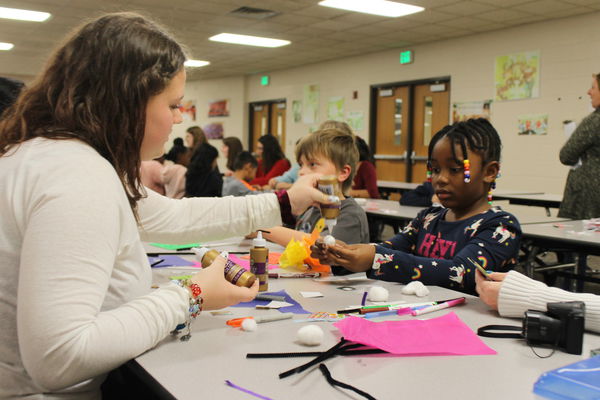 From right, Londyn Cook, a second-grader at East Side Elementary, makes Christmas crafts with high-schoolers during the annual Concord Community Christmas Party on Tuesday. 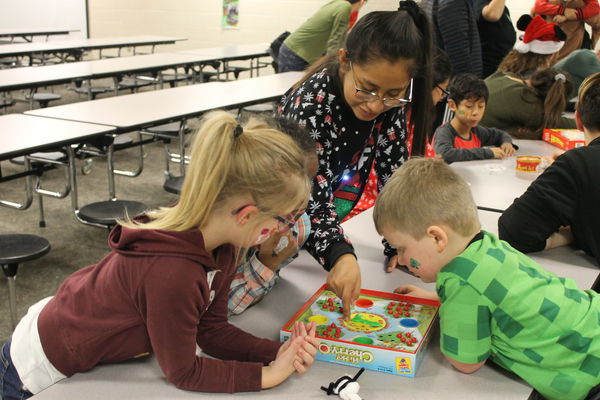 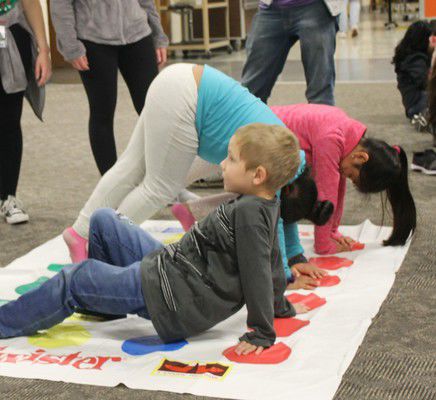 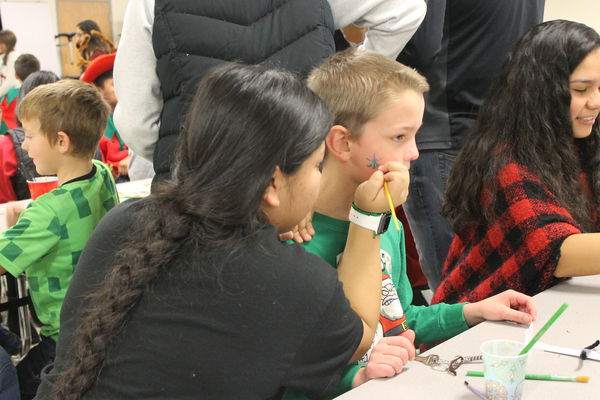 A second-grader at Concord Community Schools gets a snowman painted on his face during the corporation's annual Community Christmas Party on Tuesday.

From right, Londyn Cook, a second-grader at East Side Elementary, makes Christmas crafts with high-schoolers during the annual Concord Community Christmas Party on Tuesday.

A second-grader at Concord Community Schools gets a snowman painted on his face during the corporation's annual Community Christmas Party on Tuesday.

DUNLAP — It may not be Christmas yet, but that didn’t stop second-graders at Concord Community Schools from celebrating.

The district hosted its annual Community Christmas Party on Tuesday afternoon where over 100 second-graders from all four Concord elementary schools – Concord East Side, Concord Ox Bow, Concord South Side and Concord West Side – were in attendance.

The party was held in the Concord High School cafeteria and students were treated to pizza and participated in a variety of activities such as face painting, story time, games and crafts.

The event was hosted by members of the Concord High School Student Council, Key Club and National Honor Society.

In addition, 150 high-schoolers helped with the event by donating money and books as gifts for their younger peers. Many of those students were present Tuesday, interacting with students while coordinating various activity stations.

Stephanie Sotelo, a senior and student body president, said the purpose of the party was to help spread holiday cheer to students who may not receive it at home.

“We send an invite to all low-income second-graders and invite them to come over,” Sotelo said. “Those who got permission from their parents come and we help them celebrate Christmas because many of them may not get that opportunity at home.”

Near the end of the party, the Santa and his elves made a pit stop and passed out candy canes and gifts to children.

Second-grader Dante Wilson said he appreciated the gifts and added that his favorite part of the party was eating the cookies, which was apparent by the frosting on his face.

“They were good,” he said, laughing.

Another student, Juniper McCreary, said she enjoyed the party, but surprisingly, it wasn’t her favorite part of the day.

“I enjoy being in school and in class,” she said.

The district has held the Community Christmas Party since 2005.