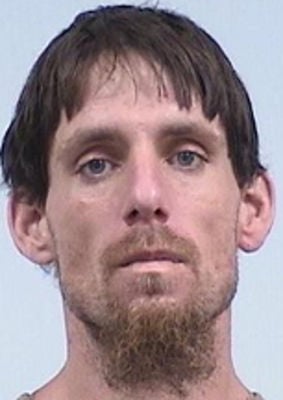 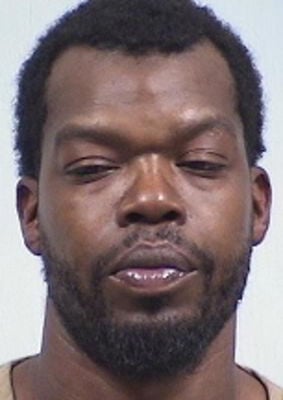 GOSHEN — Bond remains at $100,000 for an Elkhart man charged with dealing methamphetamine after a judge’s decision Thursday.

Dustin McDonald, 31, was charged with dealing 10 or more grams of meth, a Level 2 felony, following his arrest during a traffic stop in June. He was also charged with carrying a handgun as a felon, a Level 5 felony, and unlawful possession of a syringe, a Level 6 felony.

Police say they found 20 grams of meth in a blue book bag when they stopped a vehicle he was in near the intersection of 9th and Jefferson streets. The bag also contained over 100 plastic baggies, a small digital scale and 19 hypodermic needles, including two that had a clear liquid inside that tested positive for meth.

Officers also found a .22 caliber revolver in the bag along with about 160 rounds of ammo.

McDonald told police the bag wasn’t his and he was only carrying it for someone.

His attorney, Jeffrey Majerek, told Circuit Court Judge Michael Christofeno that McDonald has been responsible for taking care of three mentally handicapped relatives as well as paying for child support, which is all help that his family relies on. He also said McDonald is considering hiring private counsel, after he filed a motion to suppress evidence which the judge didn’t take up because it wasn’t filed by an attorney.

McDonald told the judge he would appreciate the chance to afford bail so he could help his family.

Elkhart County Deputy Prosecutor Katelan Doyle pointed out that McDonald’s $100,000 bail was set according to the court’s bond schedule. She said he also has one failure to appear in the past as well as several probation violations.

Christofeno denied the bond reduction request after observing that $100,000 was actually below what would normally be set under the bond schedule, and that the probation department recommended against lowering the bond.

Christofeno also denied a bond reduction request from an Elkhart man being held on $100,000 after he was charged with cocaine and illegal firearm possession.

Darnell Pearson, 40, was also arrested in June. His charges include cocaine possession and unlawful possession of a firearm by a serious violent felon, both Level 4 felonies, operating a motor vehicle after lifetime license forfeiture, a Level 5 felony, and possession of a controlled substance, a Level 6 felony.

Majerek said Pearson has been taking care of the mother of his children while she undergoes cancer treatment, and asked that his bond be lowered to $25,000 or $50,000.

“That’s how desperate his family is for his help,” that they’re willing to pay so much to bond him out, Majerek said.

Pearson told the judge his main concern is taking care of his family, and said he would like to secure care for his kids if the worst should happen.

Deputy Prosecutor Don Pitzer argued that bond ought to be raised if anything, after listing a series of felonies, including robbery, probation violations and warrants in different jurisdictions.

Christofeno said he was troubled by the fact that Pearson was on probation at the time he allegedly committed the recent crimes. He said Pearson showed that he’s not someone who follows the law.