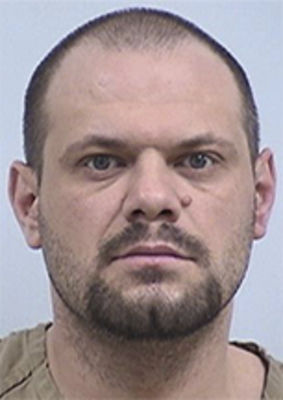 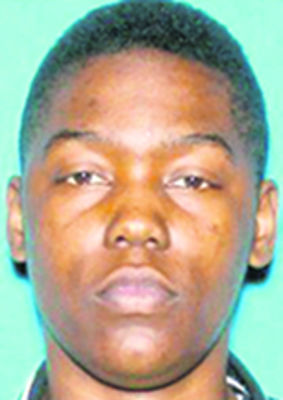 GOSHEN — A New Paris man who was accused of armed robbery for an April incident in which he allegedly put a gun to a man's head has admitted to a lesser offense.

Anthony Vanover, 37, was charged with the Level 3 felony on April 24. He allegedly went to a motel on Lincolnway East and took a man's wallet, phone, keys and some marijuana at gunpoint.

Vanover came to the police later the same day and said he went to the hotel room because there was a woman there who called him and asked him to pick her up because she had been sexually assaulted. He said he also took some meth from the robbery victim and flushed it down the toilet.

He pleaded guilty Thursday to one of the other charges he faced after his arrest, carrying a handgun after being convicted of a felony. The Level 5 felony is punishable by up to six years in prison.

Under Vanover's plea agreement, which he entered in Elkhart County Circuit Court, he would spend one year in prison followed by two years on probation.

Under questioning from Judge Michael Christofeno, Vanover admitted that he knowingly and unlawfully had a handgun on him that day.

Christofeno set his sentencing for Nov. 14.

Also Thursday, Christofeno appointed a lawyer for an Elkhart woman accused of fatally shooting a man on May 26.

Iman Gregory, 25, is charged with killing 25-year-old Ishmael Porter, of Elkhart, who died after he was shot in the 300 block of Sherman Street. She was charged with his murder five days later, after a witness told investigators they saw her point a handgun at Porter following an argument and shoot him once, then fire several more shots into his body after he fell.

Gregory fled the area but was found and arrested in Atlanta on Sept. 27 and taken back to Elkhart County.

She told Christofeno at her initial hearing on Oct. 17 that she might hire her own attorney, and declined to have a public defender appointed. She accepted the offer Thursday after saying she hadn't hired private counsel yet.

Christofeno reminded her that she has 20 days after her initial hearing to file certain motions. Those include motions to dismiss a charge if the defendant can demonstrate grounds to do so, under Indiana law.

"The clock is ticking," he told her.

And the judge set a trial date for an Elkhart man accused of robbing two stores at gunpoint in one night.

Henry Littrice, 19, is charged with two counts of armed robbery, a Level 3 felony, Christofeno informed him during his initial court hearing. He told Littrice that he could face up to 32 years in prison if convicted of both counts.

Christofeno entered a not guilty plea on his behalf and appointed a public defender for him. He set Littrice's jury trial for March 16.

Littrice was arrested Oct. 16 after police stopped a vehicle believed to have been the getaway car in two armed robberies that night. Authorities said they believe he robbed a Nappanee Street gas station about 7:40 p.m. and a liquor store on Rieth Boulevard in Goshen about 8:24 p.m.

Police found more than $500 in cash, a 9mm handgun and several magazines in the car, as well as marijuana and prescription pills and clothing that matched surveillance footage of the gas station robbery, according to the affidavit for his arrest. He allegedly told police he had taken Xanax pill and sip of liquor and was "feeling good," and that he "got caught up in the moment" and wanted to earn some street credibility in order to impress some members of a gang he was interested in.

He also became emotional while being questioned by police, saying he was sorry and that this is not who he is, according to the affidavit.