Skip to main content
You are the owner of this article.
Edit Article Add New Article
You have permission to edit this article.
Edit
Hometown
News
Obituaries
Sports
Features
Schools
Business
Opinion
Classifieds
E-Edition
Subscribe
1 of 8 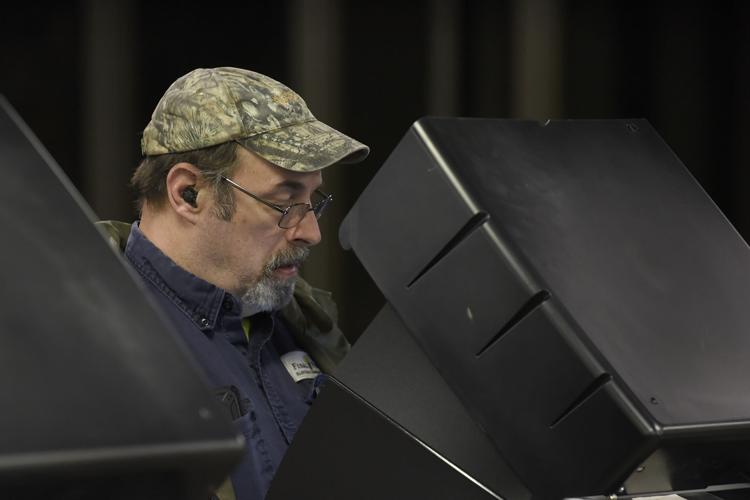 Mark Price votes at FOP 52 in Elkhart during the 2022 primary election. 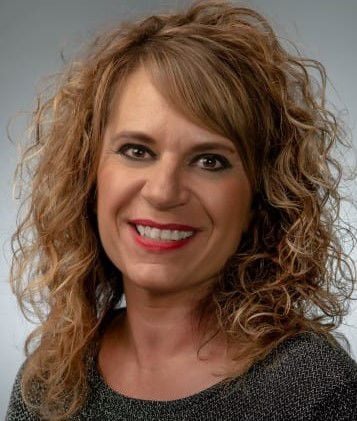 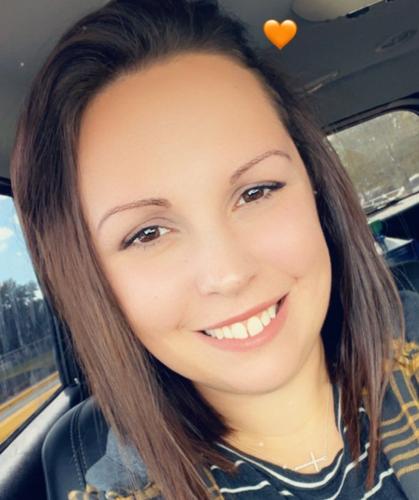 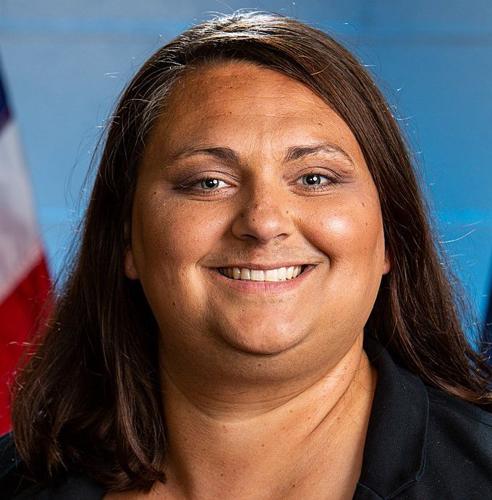 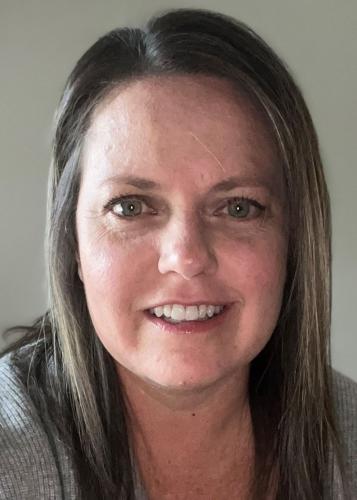 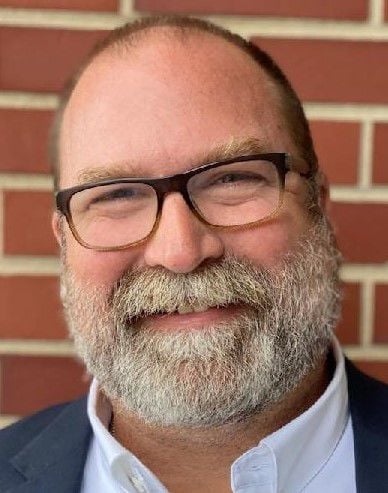 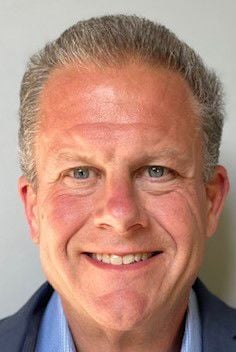 ELKHART — The Nov. 8 election will feature eight candidates vying to serve on the Elkhart Community Schools Board of Trustees.

The county’s largest school district has three four-year terms up for grabs — two for at-large and one for District B.

Board member Babette Boling is not seeking re-election.

Mullins, 52, has been on the board for four years, serving as vice president her first year and president the second. She said she’s seeking another term because she has a vested interest in the success of Elkhart schools.

“I am running for the school board because I love our schools, our children, and our community,” she said. “A vibrant community has within it successful schools. Our children deserve a quality education. When we say that we want our children to be career and college ready, we need to back that up. I am a proud graduate of our Elkhart Area Career Center, my husband and children are graduates of Elkhart Community Schools, and I currently have two grandchildren being educated in ECS.”

As for key objectives, she said she believes the school board and administrative leadership need to be focused on the areas where they can create an excellent learning community for students and focus on improving academic achievement.

“Our children want to learn. Our parents want to be involved, and we need to improve our parent engagement,” she said. “Learning begins at home. Another focus needs to be on recruiting and retaining staff. There is a teacher, substitute, and support staff crisis. Our staff at ECS needs to feel valued, to be supported, and to have their voice heard.

“A safe and supported work culture will encourage our staff to know that this is where they want to work. Another area to focus on is in our discipline when it comes to our students' behavior. We need to be consistent in the moral and ethical way that we encourage their behavior. There needs to be a consistent path of discipline so that our children know the expectations in our schools. This will bring a safe learning community for both our students and our staff.”

Burnett, 36, is making his first run for public office. He said his two daughters who are enrolled in programs at the district were his push to run for school board.

“My youngest daughter is 3 and is special needs and my oldest daughter is 16 and currently attends the Elkhart Area Career Center and when she graduates, she will go on to college to pursue her teaching career,” he said. “My mother-in-law is a retired teacher so teachers have always been very important to me.”

One of the top issues he said he’s seeing within the district is teacher retention, and low pay and benefits for teachers and staff.

“My mother-in-law is a retired teacher and we’ve heard her say countless times how she has to go supply shopping for her classroom,” he said. “With my job, I don’t have to go buy any supplies, so why should we expect teachers who are shaping our youth to take money out of their pockets to do it? We have to do a better job at making sure we have happy and successful teachers who want to stay.”

Choquette, 28, is making her first run for public office. She said she’s running for school board to help fight for change for now and for the future of ECS students.

The biggest issue she said she’s seeing in the school system is academics and bullying happening within the schools.

“But beyond the bullying there is a huge issue with respect, communication, honesty, the list goes on and on and if adults within our school system our not being role models of those key life values,” she said. “So often we hear that many behaviors start at home and are often learned and taught at home, but sometimes I wonder how often our children are learning these negative behaviors more in school rather than at home due to the negligence and unsupervised time that there is inside the classrooms anymore due to the lack of staff, and almost everything else within our school system that follows suit.

“I want to not only push for change for my children but for all children and I most definitely think that it is time for the parents to have someone on the school board who is willing to be able to get to their level and make sure that they feel they are being supported, defended and have the courage to come and speak for themselves at these meetings.”

Toledo, 35, is making her first run for school board. She said she would like to serve on the school board to make sure that decisions are being made to help move the district in a positive direction.

“I would hope to make sure that there is a representation of all the students in our schools in every decision,” she said. “This is my way of serving my community. I would like to be part of the decision-making process to give voices to people who can’t. I would like to help not only the students but to help advocate for the teachers and staff.”

Some key issues she said she’s seeing within the district is teacher retention, supporting staff and low academic scores.

“I think we have a lot of issues of not understanding where certain populations of our students come from and trying to meet them where they’re at and having accountability for how we can work with the parents, teachers and students to get where we need to be because we’re low in math and reading,” she said. “So, we need to find out how we can recoup from COVID and still not stress everyone out about it.”

Wall, 43, is making her first run for public office. She said she’s running for school board because she’s passionate about both a quality education and building a strong community.

“I believe everyone has a voice to be heard and that by listening and working together, we can achieve our goals,” she said.

One of the main issues she said she’s noticed within the district is how unsupported teachers are.

“I grew up in a family of teachers and I think they could use some support,” she said. “And I also want to support the kids because parents and families also need support. I think forming community and getting everyone to work together is a big thing because I see a lot of miscommunication going on and I am really good at listening and working with people. I have a passion to get involved.”

For District B, Jeffrey Bliler and Rodney Hohman have filed to succeed Rocky Enfield, who isn’t seeking re-election.

Bliler, 52, has served on the Osolo Township Fire Department for numerous years as a firefighter, line officer, board member and chairman.

He said he’s running for school board because he wants to be part of the solution to “a system that is broken at a historically low level.”

“Initially what drew me into the race was a family tragedy, when my 12 year old granddaughter died by suicide last spring after a long run of bullying she experienced in middle school over several months as the result of a medical condition,” he said. “The school system failed her. We all failed her. I want to ensure that no child goes through that in our school system again.

“As I became immersed in wanting to improve that one aspect of the system I saw as broken, I have found not a single issue but a series of very complex, interwoven issues as complicated and diverse as the society we live in itself. There are no simple answers or single issues. Everything is connected to the nth degree. It will take dedication, cooperation, patience, passion and persistence for any group to renew and reshape this organization whose purpose is to prepare our youth to live productive and successful lives as our future society.”

Hohman, 53, is making first run for school board. He said he is running because it’s time for “good people to step up.”

As for top issues within the district, he said the parenting responsibility needs to be restored to the parents. He said he believes teachers deserve an environment where they can teach and students can learn without “disrespect and unacceptable distractions.”

“Spending needs to be reined into a level that is both responsible and accountable to the taxpayers who fund them,” he said. “Just like running a business, results, financial responsibility, and discipline are necessary. I will unapologetically advocate and fight for these standards.”