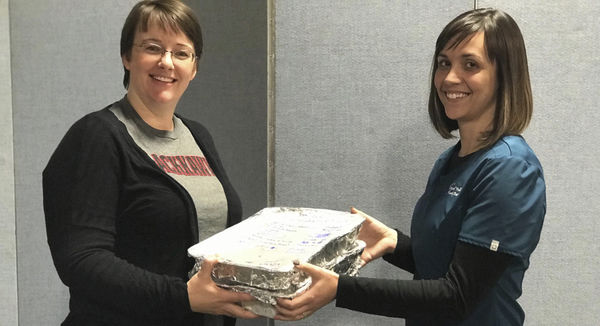 Freezer meals are offered to any church member in need at Crystal Valley Missionary Church. 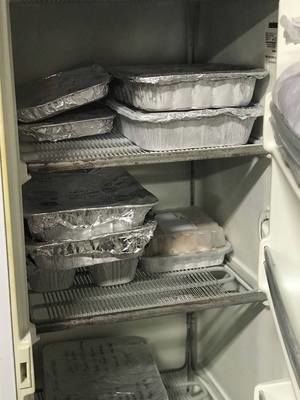 The church has almost reached its goal of 20 freezer meals for March, but it’s also already given several away.

Freezer meals are offered to any church member in need at Crystal Valley Missionary Church.

The church has almost reached its goal of 20 freezer meals for March, but it’s also already given several away.

MIDDLEBURY — A church in Middlebury is amping up its fellowship program by preparing frozen meals for those who may be in need.

“It’s about us women and pulling together and loving on each other,” said Michelle Rowland, Radiance Women’s Ministry team leader at Crystal Valley Missionary Church. “If we can come together and walk through life on this path, it doesn’t seem as scary or as difficult. Life is difficult and if you have someone come beside you, it makes a difference.”

Like many women’s ministries in the area, Radiance Women’s Ministry has historically encouraged its members to prepare meals for other families during difficult times.

“In the past we have done meals for a mom getting ready to go back to work after maternity leave, for a family with a new baby who cannot be around others’ germs during a visit, people after surgery, etc.,” Missy Vander Reyden said. “When the team was trying to brainstorm ideas of how to make it easier to get meals to people in a moment’s notice and not have scheduling conflicts for those wanting to volunteer, we came up with this option to try.”

The group created “March Meal Madness” as a first attempt at gathering meals in bulk for anyone in need, rather than scheduling last-minute meals. Someone donated a freezer and the team set a goal of 20 freezer meals by the end of March.

“It’s funny because we’re getting more women to sign up for this and help out – new women willing to bring in meals because this gives them time to prepare and make them – people who normally don’t provide the meals,” Rowland said. “When they know it’s coming and have time to prepare, more women are willing to step up. This is allowing other people to participate who just wouldn’t have the time otherwise. It’s easy if I’m making pasta tonight to make an extra dish and freeze it and we will be prepared then.”

So far the ministry has gathered 15 meals. Some meals have already been used.

“One of our congregation members, her brother just died all the sudden,” Rowland said. “We had six meals at the time. I was able to pull out two of them and say, ‘I know this is gonna be rough for you and those days that you don’t feel like cooking, you can just pop these in the oven and feel the love.’”

In another instance, a woman healing from a chronic illness and her exhausted husband were offered meals for those days when they’re too tired to cook for themselves.

“We had so many people dealing with cancer, or a husband and a wife both having surgery weeks apart, or a car accident – it was getting harder to get the women to sign up (to bring meals) and it was so spur of the moment,” she said.

The church requests that meals have the name of the chef and phone number noted on the meal, along with an ingredient list for those with special diets.

“If our community would just come together and pour love out, so many people would be able to get through the tough times with more ease and feeling important and cherished.”