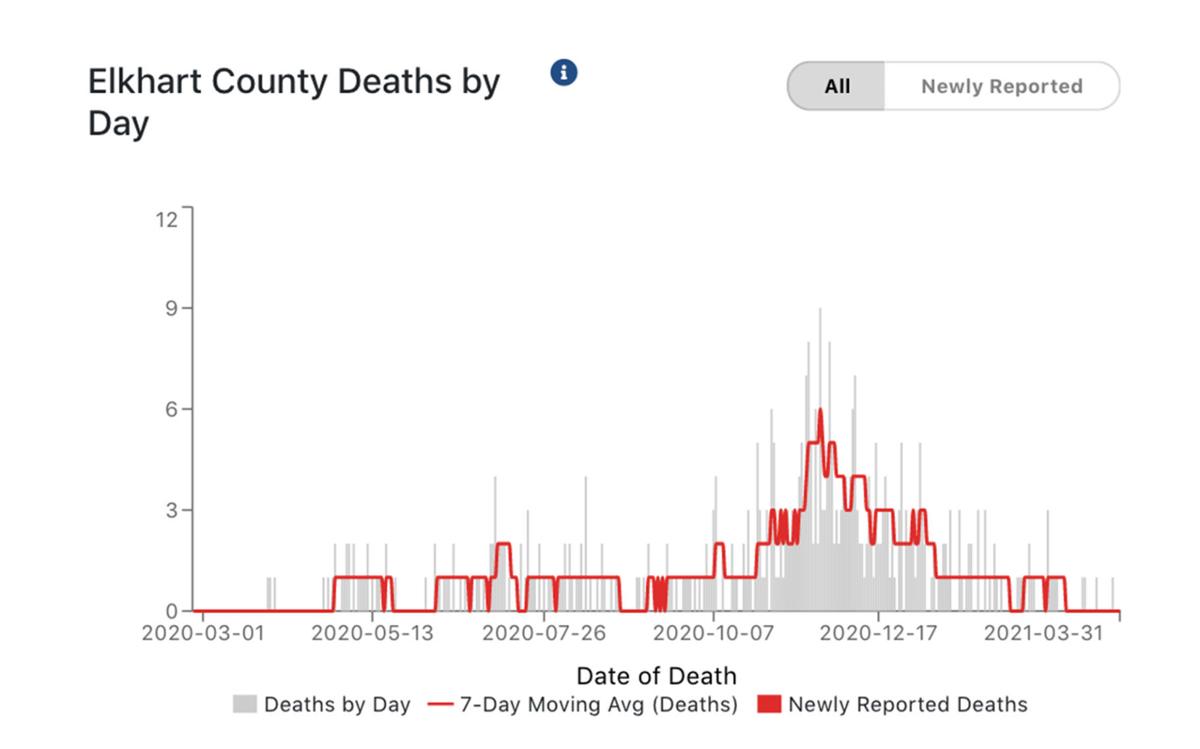 March had the third-fewest local COVID-19 deaths since the local outbreak began in March 2020. In total, 428 Elkhart County residents have died from the disease. 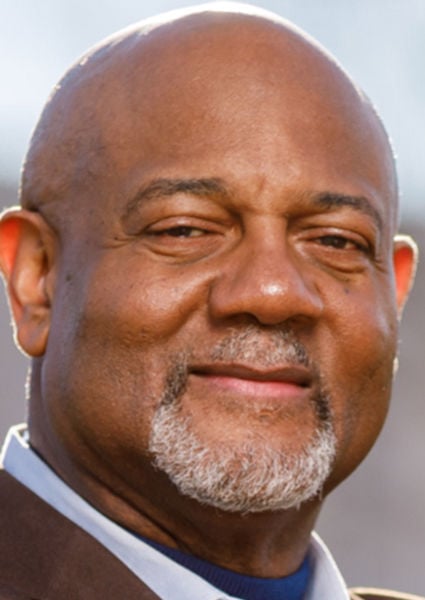 ELKHART — March had the lowest number of confirmed COVID-19 deaths in Elkhart County since last April.

Eight county residents died from the disease in March, according to the Indiana State Department of Health. The only months during the pandemic to have fewer COVID-19 deaths were last April, when seven people lost their lives to the virus, and last March, when two people died. The county’s first COVID-19 death occurred on March 29, 2020.

Despite the decreasing number of deaths, local officials are troubled that multiple other indicators are trending in the wrong direction.

The number of daily COVID-19 infections in Elkhart County doubled in March, and the number of COVID-19 inpatients at local hospitals grew from five to 30 in the same period.

Simultaneously, the county’s positive test rate has increased from 5 percent to 7 percent, and two new coronavirus variants, both more contagious than the original, were discovered in the county in March.

Those are all causes for concern, according to Elkhart General Hospital Vice President of Medical Affairs Dr. Michelle Bache. And since hospitalizations lag infections, there is reason to believe that the number of COVID-19 inpatients in Elkhart County will continue to grow.

According to Bache, part of the explanation for the low number of deaths in March is that many people who were at risk have now been vaccinated. Statewide, more than half of residents who are 65 or older are fully vaccinated, and many more have had their first of two doses, providing some protection. About 92 percent of Elkhart County residents who have died from the virus were 60 or older.

“The really bad situation that we had early on with nursing home outbreaks and lots of elderly patients being here with COVID, that seems to have improved some,” Bache said.

COVID-19 inpatients now are generally younger than before vaccines became widely available to older populations, according to Bache. But there have been a few instances when people who were vaccinated still became infected, though Bache said that is uncommon.

As for side effects from vaccines, the hospital has seen a few episodes where people have, for instance, fainted and have gone to the emergency room, but that is a small number of people, and no one has needed to stay at the hospital, according to Bache.

“For our community, we really need people to do their part to continue to decrease the spread while we work on getting vaccinations to as many people as possible,” Bache said.

The Elkhart County Health Department has yet to announce what, if any, local restrictions will remain in place when state restrictions are lifted.

Elkhart Mayor Rod Roberson said Thursday that Holcomb’s decision to make the statewide mask mandate an advisory came too soon, as there are still a lot of people who have not been vaccinated. As of Wednesday, 14 percent of Elkhart County residents 16 or older were fully vaccinated. Statewide, the figure is 21.4 percent.

Roberson argued that having certain restrictions, like a mask mandate and capacity limits, meant society has been more open than if those restrictions had not been in place.

“We’re lifting the restrictions from the state that allowed us to at least be open; because, without those restrictions, our hospital and health care system would have been overrun. It gave everybody an equal playing field to work under,” Roberson said.

The mayor believes that many businesses will continue to require that employees and patrons wear masks, but still, he thinks it would be better to not allow them to do otherwise for a while yet.

“We are so close to getting the job done and opening up, and allowing our community and our businesses to occupy the space at full bore,” he said. “I want our businesses to be able to do that with the confidence that we’re on the other side of the pandemic.”

Unlike the county, the city continues to enforce countywide restrictions on businesses with the threat of fines, though no fines have been issued. The city does not have its own mask mandate.

Elkhart County Health Officer Dr. Bethany Wait has said she is working with other leaders in the county to make a decision on what restrictions will remain in place come April 6. Roberson is advocating for the county to keep its restrictions.

Mask-wearing will continue to be mandatory inside city buildings.