This chart from the Indiana State Department of Health shows the number of confirmed COVID-19 cases reported in Elkhart County each day since the outbreak began in mid-March. The dark yellow line represents the seven-day moving average of positive cases. 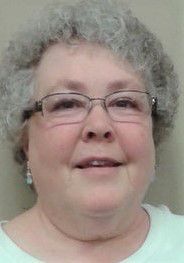 GOSHEN — School reopenings in Elkhart County may be delayed depending on what local health officials see next week.

State officials are leaving the decision on reopening schools for in-person classes to local districts and health departments, based on their own information. One of the critical factors for reopening is evidence that Elkhart County shows a downward trend in its COVID-19 positivity rate for at least a 14-day period, said Dr. Lydia Mertz, county health officer.

She said the department will be monitoring the ability of Elkhart County residents to mitigate the risk of spreading the virus over the next week.

“If we do not see the downward trend of positivity rates, we will be forced to consider delaying the reopening of our schools,” she said in a statement Wednesday. “This decision will be discussed with the school superintendents by July 31.”

The concern shared by health and school officials, as well as parents and teachers, is the potential for the rampant spread of COVID-19, she said. It could result in an inconsistent combination of in-class and virtual teaching or possibly no school at all.

Two staff members in the athletic department at Elkhart Community Schools recently tested positive, though based on the timing, neither of them had any contact with students, said Communication Director Brenda Kolbe. Staff members who had contact with them have tested negative for COVID-19.

“Like all districts, ECS has had staff members test positive for COVID-19 – the majority of whom are home on summer break, but some of whom still report to their buildings during the summer,” she said. “Given the recent media coverage of positive cases of COVID-19 among student-athletes and coaches, ECS wanted to send a clear message that we have had two athletic department staff members test positive, but there was no risk to students with these two staff members.”

Mertz also said mitigating the risk of COVID-19 is something the health department is concerned that the community hasn’t managed to do so far, based on the numbers they’ve seen.

State data as of Thursday shows 45 new positive cases and one death added to the totals. Elkhart County now sits at 4,189 cases and 70 deaths.

“The positivity rate in Elkhart County has not shown a continued downward trend,” Mertz said. “The Elkhart County Health Department wants to encourage everyone to take all necessary steps to allow our schools to reopen. That includes wearing masks, engaging in social distancing and washing your hands.”

The most recent figure for the positive rate “moving average” in the county was 9.6 percent on July 16, according to the Indiana State Department of Health dashboard. That’s a decline from 14.1 percent recorded on July 10 and the lowest average since April 1. The state average was 6.9 percent.

A report was expected Thursday from a group who came to Elkhart County from the Centers for Disease Control and Prevention. The team of six was sent to investigate the spike in cases by conducting in-depth contact tracing.

Now, Mertz said, the CDC has extended its stay to Tuesday.

“It has taken them longer than anticipated to get all the interviews in they wanted, and there have been some technical glitches communicating with data the CDC in Atlanta has,” she said. “They don’t believe the report will be ready on the 28th, but they will try to get some preliminary information for us.”

She said they hope to have a report done in early August, after the CDC finishes analyzing the interview data it collected.

“We’re disappointed by the delay, but we want good information, and lots of it, to help us make the best decisions we can for Elkhart County,” she said.