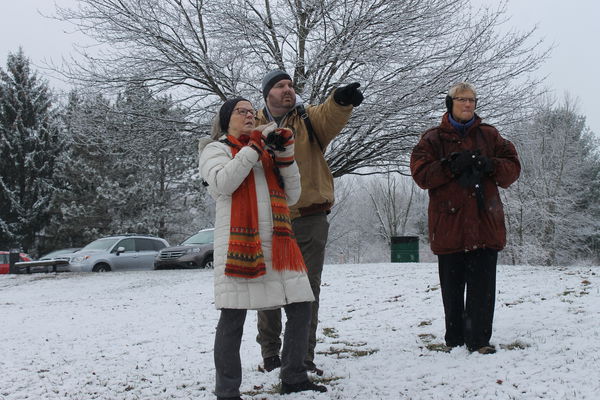 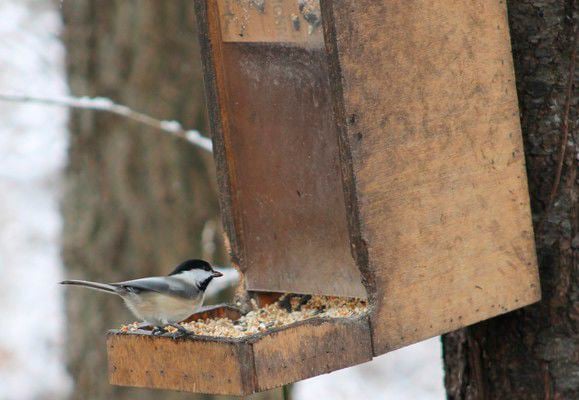 Elkhart Truth photo/ Blair YankeyA black-capped chickadee was one of many birds counted during the Christmas Bird Count on Saturday. 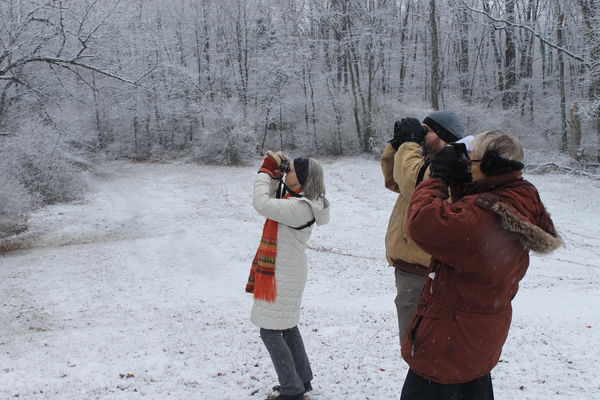 Elkhart Truth photo/ Blair YankeyA black-capped chickadee was one of many birds counted during the Christmas Bird Count on Saturday.

DUNLAP— Cold and snow didn’t stop local bird watchers from putting their eagle eyes to use in a long-running winter scavenger hunt.

About 60 people participated in the annual Elkhart County Christmas Bird Count on Saturday to which they counted the number and species of birds they saw to help track changes in population.

The bird count, organized by the National Audubon Society, is a citizen science project that has collected data for more than a century on a national level and 24 years on a local level for Elkhart County.

The count covered a diameter of 15 miles in Elkhart County that goes from the Michigan state line to Waterford Mills and included towns of Bristol, Middlebury, Goshen, and eastern portion of Elkhart.

Volunteers split into teams, each with a designated territory to cover within the county circle and counted birds along roadsides and waterways, as well as parks and green spaces. Some even counted from their own yards and feeders.

The birders woke up early and spent most of the day on the search for birds.

By noon, the group had spotted 23 different species of birds, which included a barred owl, a red-tailed hawk and a yellow-tailed warbler.

“We hope to find more,” said Kauffman-Kennel. “We’re going to keep looking until we get tired.”

All three of the bird watchers said they try to participate in the bird count every year because they enjoy contributing to citizen science.

“It’s good to work with people who have a common interest,” Leaman said. “The more watchers we have, the more species we see.”

Results for this year’s count weren’t immediately available, but Elkhart County typically averages 78 to 80 species of birds in the wintertime, according to Ronda DeCaire, director of Elkhart County Parks and Recreation.

Once the count is official, DeCaire said she will submit the compiled local data to the National Audubon Society.

“The data collected contributes to science and over time populations of birds can be monitored through bird counts such as this,” she said.

For more information on the Christmas Bird Count, visit https://www.audubon.org/conservation/science/christmas-bird-count.