The number of COVID patients in District 2 hospitals in northeast Indiana is surging. 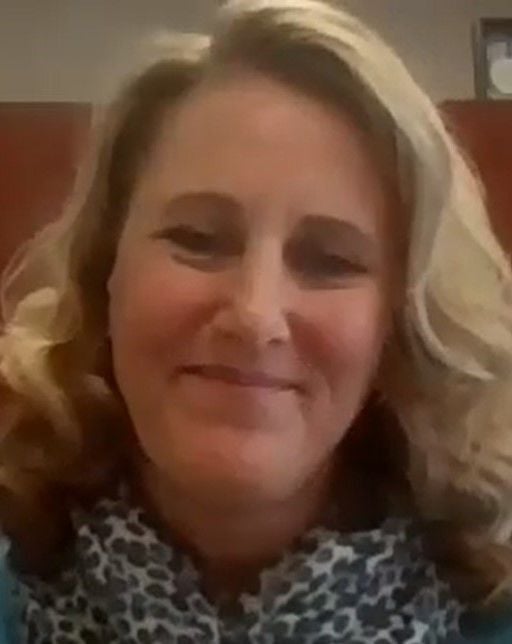 “I never would have thought a year ago, when things really seemed so bad, that if you would have told me a year later things would be even worse, I would not have believed it,” said Bache, vice president of medical affairs at Elkhart General Hospital.

The hospital on Friday was treating 64 patients for COVID, including 12 in the intensive care unit, Bache said. “Just a little over two weeks ago, on Nov. 16, the COVID census was at 38.

The number of COVID patients earlier this week was at 70, but the hospital is seeing about one death per day, “so that has taken our numbers down just a bit.”

In the past 30 days, 27 deaths have been reported in the county, the Indiana State Department of Health said.

Other numbers are rising too. The state was reporting 188 new positive COVID cases in Elkhart County on Friday, driving the seven-day average up to 137 cases.

The seven-day average of positive tests in the county was up to 18.6 percent, well above the 5 percent health officials say would show the spread of the virus was under control.

The state two weeks ago put Elkhart County in the red category, reflecting the highest risk of community spread in the four-color scheme, and the numbers since then have continued to climb.

“If you would have told me a year ago that that things would be even worse a year later I would not have believed it,” Bache said.

Goshen Hospital also reported a surge in patients this week, in fact the highest number so far this year, at 41, with 35 of those positive patients being unvaccinated. Officials on Thursday said it was the worse surge seen the outbreak peaked in the county in November 2020.

In state health District 2, which includes hospitals in Elkhart, Fulton, Kosciusko, Marshall, Pulaski, Starke and St. Joseph counties, the total number of patients was soaring, from 134 on Nov. 12 to 292 on Thursday.

Bache said the effect of the surge will be broad as COVID patients take up beds not only in intensive care but in emergency rooms. She said hospitals from Indianapolis to Chicago to Detroit are filling to capacity, leaving few options.

“Things are tough here,” she said. “So the ER doors stay open, but we don’t have room in the hospital to put patients, so it means they kind of back up in the emergency department. We’ve had on average about half of our emergency department rooms occupied by what we call inpatient boarding, patients that we’ve admitted but we don’t have a bed to put them. So they just kind of stack up in the ED or even in the hallway.”

“It’s not good,” she said. “When all of the hospitals are in crisis mode, that becomes really challenging.”

A patient who came into the emergency room on Thursday waited in the ER for 18 hours before he could be transferred to another facility, she said.

“I won’t pretend that we can deliver care in that situation the way that we could under ideal conditions,” Bache said, “and that’s very distressing for health care workers.”

At the same time, she pleaded for the community to protect themselves and others by getting vaccinated, wearing masks and maintaining social distance.

“I don’t know what to tell people anymore,” she said. “There is obviously is a very big disconnect between what is going on in the hospital and the sentiment in the community overall.”

The same day this week that the hospital peaked at 70 COVID patients, she said, her child’s school announced it was going to a mask-optional policy. On the same day the county entered the red category, she said, she heard policymakers talking about trying to ease restrictions. The percentage of those vaccinated in the community has stalled and few people wear masks at indoor public gatherings as recommended by the federal Centers for Disease Control although not required by state or local governments.

“I think the public needs to know that at some point they may also bear some of the consequences of those decisions,” Bache said, “either because they themselves will get COVID and will need a bed that we don’t have or because they need to have a surgery and we can’t do it because we don’t have a bed for them to recover in. Eventually everyone is going to be affected by this somehow, and that’s unfortunate.”

She also called on those who come to the hospital as patients or as visitors to have patience as the health system is under significant strain. She said the outpouring of support and gratitude shown to frontline workers last year has all but evaporated.

“I just want people to realize the pandemic isn’t over,” she said. “We’ll be here, but you know, we could use your support. We could use a little grace. I want everyone to understand that the choices that have been made will result in longer waits, less attention, and hopefully everyone will be understanding of that.”

Why not treat your COVID patients with ivermectin? They won ‘t need a bed for long. What have you got to lose?

Because we are dealing with real science...and not Fox Entertainment channel and Tucker Carlson "alternative science". This is a virus; we are not treating for worms and parisites. Wholly cow? Is this the new Republican Party platform? Please tell us you didn't try bleach and UV light too?