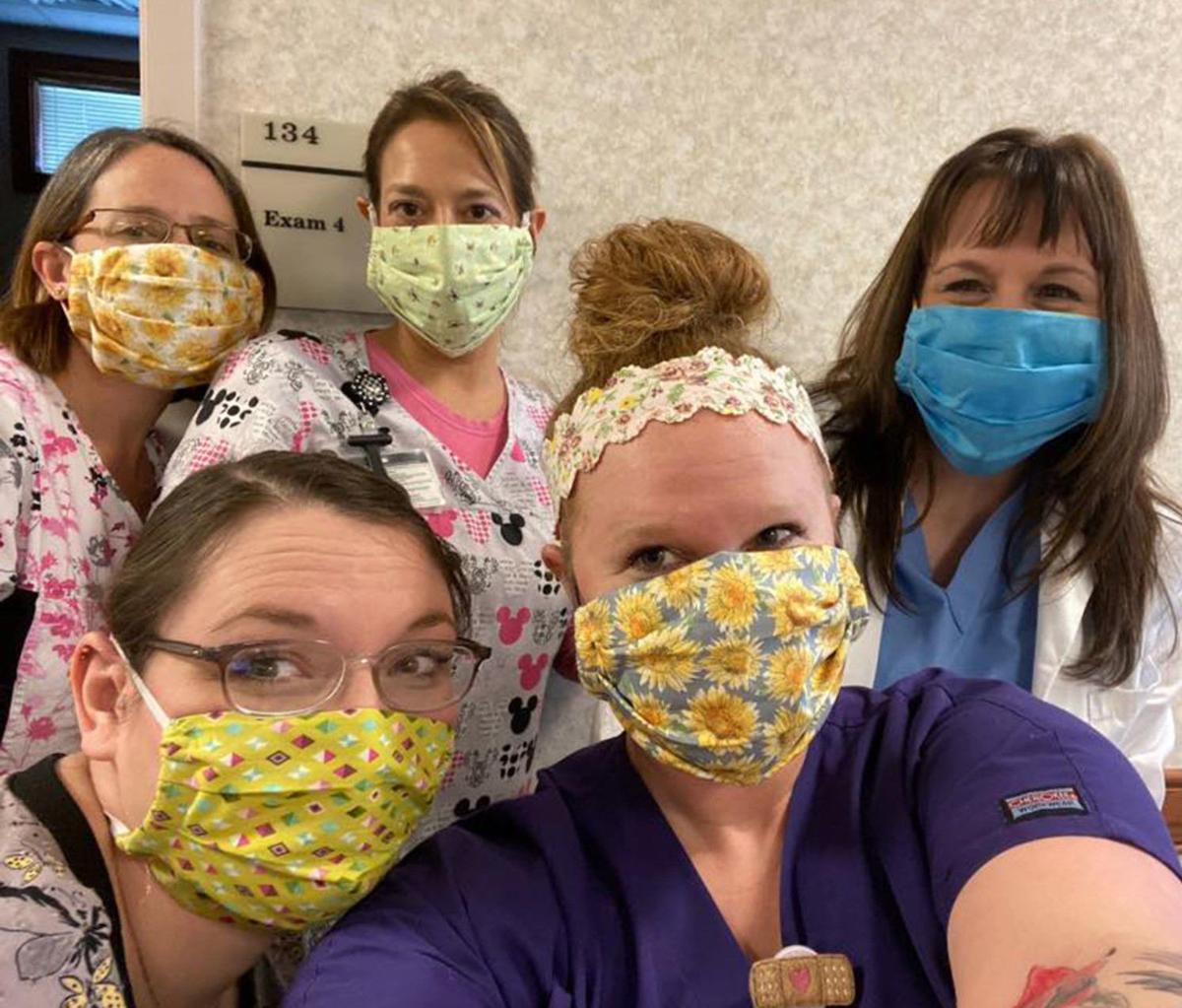 Health care workers in Goshen, Indiana, mask up using supplies donated by the community in this file photo. 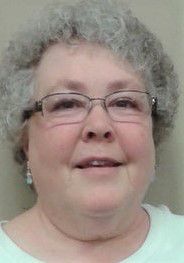 GOSHEN — A mask mandate was scheduled to go into effect Tuesday in Elkhart County, requiring face coverings in public in an effort to slow the spread of COVID-19.

County Health Officer Dr. Lydia Mertz announced the measure Monday, which follows a vote by the Board of Health last week. She said she signed the public health order because current methods haven’t been able to curb the rise of positive cases in recent weeks, putting further strain on area hospitals and causing 14 deaths this month alone.

“The county has been experiencing high positivity rates of infection, and current methods of infection control have not been able to bring this rate down,” she said during the Elkhart County Board of Commissioners meeting. “In fact, we have gone from a positivity rate of approximately 15 percent at the end of May and the first week of June, to about 20 percent in the fourth week of June.”

She also noted that, according to a recent Indiana University public health study, about 45 percent of people who tested positive for coronavirus weren’t even aware of it because they weren’t showing any symptoms yet. That means they could unknowingly infect someone else with the virus, which can be spread through respiratory droplets.

“Multiple studies elsewhere have shown adding face masks to other infection control measures adds a significant level of infection protection for populations,” Mertz said. “Without a substantial addition to our current methods of infection control, Elkhart County will experience continued worsening of the rate of infection, further strain on our local health system and increased numbers of deaths.”

State data shows that Elkhart County is nearing 3,000 positive cases, with 2,976 infections and 42 deaths as of Monday. That’s out of 21,141 total tests that have been done.

Under the order, people must wear masks when in public areas where they can’t maintain a distance of six feet from others. It applies both indoors and outdoors.

The order advises adults to supervise the use of face coverings by children ages 3 to 12. Children 2 and younger are not required to wear a mask because it may restrict their breathing.

Businesses and employers must require their employees and visitors to wear face masks. They must also post both the English and Spanish version of the order at the entrance.

Exceptions are given for individuals with a physical disability that prevents them from easily wearing or removing a mask, people who are deaf and need to remove their face covering to communicate and anyone who has been advised by a medical professional that wearing a face covering may pose a health risk.

Listed exceptions also include an individual who has trouble breathing, restaurant customers who are dining, employees engaged in work where a face covering would pose a hazard as recognized by OSHA and individuals whose religious beliefs prevent them from wearing a face covering.

The order defines a properly worn face covering as one that fully covers the mouth and nose, fits snugly against the sides of the face and is secured to prevent slipping, such as by ear loops. It must also allow for breathing with no restrictions.

Non-disposable face coverings should be washed and dried after each day of use.

It notes that the use of face coverings doesn’t replace the need for other protective measures, such as hand washing and social distancing. It also advises people to stay home when sick, to avoid touching their face with unwashed hands and to cover their face when they sneeze or cough.

The order is in effect until rescinded by the county health officer, who will examine data such as the percentage of positive cases in Elkhart County compared to the rest of the state as well as hospitalization numbers in the county.

Until now, the position of both the Elkhart County Health Department and the county Board of Commissioners was to strongly recommend that masks be used. The county Board of Health moved toward a mandate after expressing alarm at the continued rise in cases and what it meant for hospital capacity.

The health board’s vote was to recommend that the board of commissioners pass a mask mandate. But Commissioner Suzie Weirick said that’s not something they can do, only the health officer.

The heads of both Goshen and Elkhart hospital systems and several mayors spoke in favor of a mask mandate on Monday ahead of the announcement from Mertz.

In addition, Indiana State Health Commissioner Dr. Kristina Box commented on the differences they see in places that do or don’t mandate masks.

Carl Risk, president of Elkhart General Hospital, and Randy Christophel, CEO of Goshen Health, both spoke in favor of a mask mandate after sharing information about COVID-19 hospitalizations.

Risk said they’ve had between 20 and 30 positive patients in the hospital in recent days. There are six patients currently on ventilators.

“That certainly created pressure on the hospital,” he said. “It’s not so much that we don’t have beds. We have the beds. Where we run into trouble is the really sick patients needing critical care. That became our pressure point for us.”

Elkhart Mayor Rod Roberson said that, judging by ZIP codes, his city represents almost half of the positive cases in the county. That’s despite having only a quarter of the population of Elkhart County.

“Within Elkhart, especially in the ZIP codes that actually deliver the most positive cases, they’re about a third Latino, a third African American and a third white,” he said. “Since we live in such dense urban areas in certain ZIP codes, it’s so important for face coverings to be a part of it. But it’s also important that we have the additional pieces put there that Mertz talked about, the educational piece. And Elkhart is definitely ready to move towards the educational piece along with the face coverings.”

Christophel said Goshen Hospital has seen numbers similar to Elkhart’s, though their peak came about two weeks ago. He said they feared being overwhelmed at that point but the numbers started coming back down.

“I’m a firm believer in the research and the studies that I’ve seen on masks. If we’re gonna turn the corner, we’ve got to do it,” he added. “The whole game right now is turning the corner. We’ve gotta turn the peak in the other direction.”

Hospital and city leaders, as well as the board of health, also expressed a hope that Elkhart County can stay at Stage 4 of the state’s reopening plan instead of reopening public places even further.

“I think staying at Stage 4 would be smart. I don’t want to see us get to a point where we actually have to back up and slow down our economy even more,” Goshen Mayor Jeremy Stutsman said. “I think the mask order is a good step to try and get ahead of it.”

Commissioner Mike Yoder said health officials were strongly in favor of staying at Stage 4 and indicated that, though the county can make that move, the simplest answer would be for the state to take action.

“Dr. Box, here’s the challenge. It is so much easier if the state keeps us back to 4. So much easier, legally. It sounds simple to the public, that we just say the commissioners just mandate ‘stay at 4,’ but there are a lot of complications that arise from that,” he said. “There’s some complications with schools and what happens with those activities, it should be nice if the state helps us work through those as well.”

He also asked what metrics health professionals were shooting for, or what numbers would indicate the county was ready to go to Stage 5.

Weirick said she thought the answer they got was pretty clear: A decrease in the rate of positive cases.

“Lower than five percent. Three would be ideal,” she said.

Thank you, this is pretty simple. If you are afraid, stay home, if your personal health situation is compromised, stay home. How many of the increased number of positive tests require hospital care? How many of these people had no symptoms and did not know they had the virus? Most healthy people recover from this and want to get back to normal, not hide behind cloth masks that stop nothing.

And all the healthy individuals that caught this virus that were hospitalized, put on ventilators, or worse died would strongly disagree with your uneducated opinion. I prefer to trust the health officials and scientists. I even wear a mask for youM sidearm... Please stop thinking of yourself and think of others and the health care providers

In this article it states "It notes that the use of face coverings doesn’t replace the need for other protective measures, such as hand washing and social distancing." Most mask wearers have a "false sense of security" a good example being the picture in this article of health care providers with their masks on, with their faces within inches of each other.

I hope retail stores, especially grocery stores, will enforce this. It's pretty easy to do - no mask, no service.

I agree- some businesses were not enforcing before, saying it was the businesses choice- I chose not to shop at those places anymore. Let's hope it can be enforced.

Well its pretty sad wen the establishments them selves do not enforce it upon thier own employees... I have been in 3 separate establishments since the mandate, a bank, a restaurant and gen merchandise store. In the bank NO ONE was wearing one, including tellers side by side. Restaurant, wearing under nose or putting up and down as they went to the kitchen... Gen store some had on and other didn't. How can businesses complain to the public when their own employees are poor examples? If you are employed, on the clock working with the public indoors, you should be wearing it properly to set an example...Don't demand it if you can't follow it...

good call.. a little late, but glad they are finally requiring it like surrounding counties... Hopefully we can reduce the numbers for the hospital workers