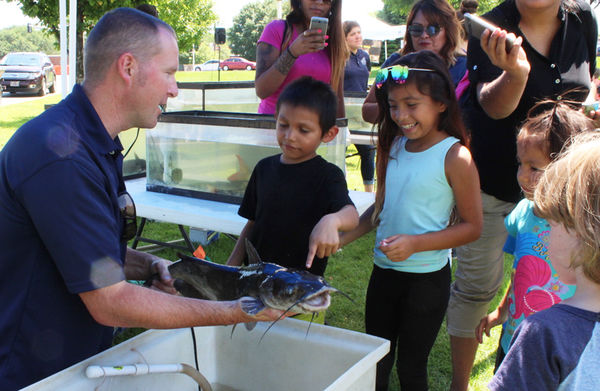 Children get to touch and learn about a catfish at the Elkhart EnviroFest in Central Park on Saturday. 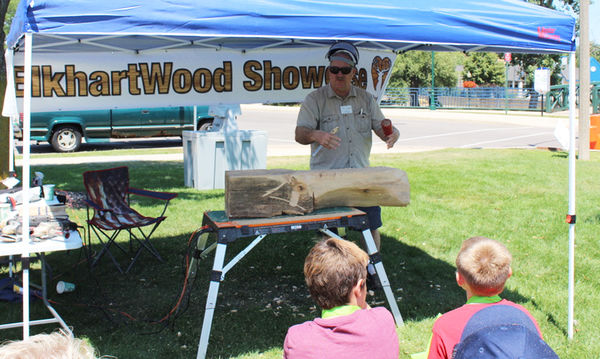 Elkhart City Councilman Dwight Fish, D-4, shows spectators how to carve a fish out of wood. 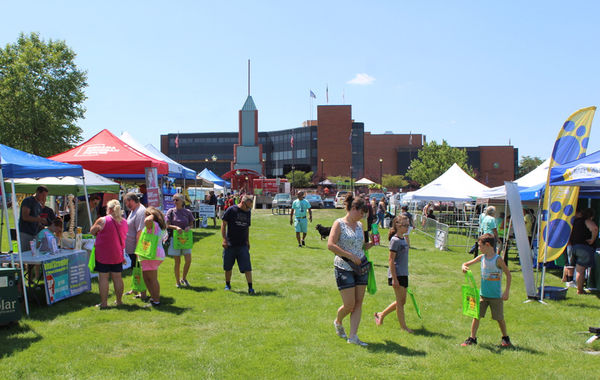 More than 50 vendors gave visitors of the 2019 Elkhart EnviroFest a chance to learn about wildlife and environmental sustainability on Saturday at Central Park. 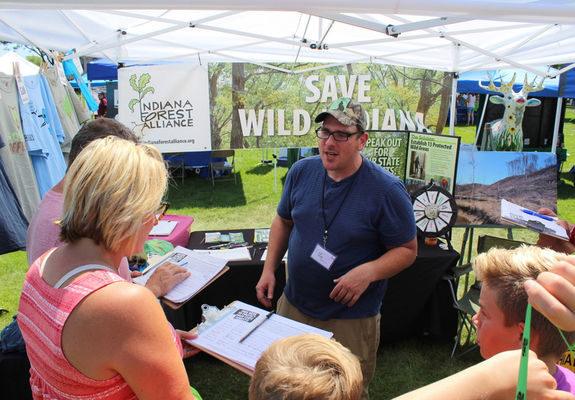 Indiana Forest Alliance canvasser Nick Joseph asks Elkhart EnviroFest visitors to sign a petition to save trees in the state.

Children get to touch and learn about a catfish at the Elkhart EnviroFest in Central Park on Saturday.

Elkhart City Councilman Dwight Fish, D-4, shows spectators how to carve a fish out of wood.

More than 50 vendors gave visitors of the 2019 Elkhart EnviroFest a chance to learn about wildlife and environmental sustainability on Saturday at Central Park.

Indiana Forest Alliance canvasser Nick Joseph asks Elkhart EnviroFest visitors to sign a petition to save trees in the state.

ELKHART — Moved to a new venue because of its growing size, the Elkhart EnviroFest drew hundreds of people to Central Park on Saturday afternoon.

“What it really is about is celebrating businesses and organizations that are doing better things for the environment,” said Elkhart Environmental Center supervisor Jamison Czarnecki.

With more than 50 “environmentally inclined” vendors in the park, guests had plenty of opportunities to learn about zero waste, efficiency, conservation and wildlife.

“There’s a whole array of everything environmental here, so it’s a really great showcase of what’s happening around the area, all in one spot,” Czarnecki said.

But the EnviroFest is not all about learning.

“It’s also fun and beer and food, bringing in the festival aspect,” he said, shortly after introducing a musical act at the stage.

On the opposite side of the park from the beer garden was a children’s area with games, animals and shows, giving smaller learners a chance to involve many of their senses.

The EnviroFest was the first event to use Borden Waste-Away’s new Zero Waste program, which lets guests choose between landfill, recycling and composting when getting rid of their waste.

“We have hopes of diverting 90% of our waste, which is huge, considering the immensity of what festivals produce in waste,” said Czarnecki.

In its 24th year, one of the new things of this year’s EnviroFest was free entry, allowing anyone in the Elkhart area to come learn about environmental sustainability.

Among the guests at the EnviroFest were Mary and Francis McDonald and their young daughter.

The family just moved back to the area after living in St. Louis, Missouri.

“So when I saw it one Facebook, I was pretty excited to come out and see what kind of organizations around this area are supporting a clean, healthy environment,” she said.

They are contemplating getting solar panels on their barn, and took advantage of the fact that one of the vendors was there to talk about solar energy.

“I asked a lot of questions about solar panels, because I always get confused,” said Francis. “And so he really laid it out for me, which I appreciated it.”

Bringing their daughter to this kind of event was an intentional choice for the McDonalds, they said.

Greg Campion spent his afternoon teaching visitors about Sunrise South Bend, the local chapter of a national movement to stop climate change and create jobs. Campion also invited people to learn about the the Green New Deal, a Democratic proposal that shares the same goals as the Sunrise Movement.

“It’s been interesting to see the different levels of awareness that people have,” he said. “I’ve been living and breathing this for a couple of years now, and I’m really excited about it, but of course I can see there are still people who haven’t heard of the Green New Deal, haven’t of the Sunrise Movement.”

He enjoyed the opportunity to be part of the EnviroFest.

“I haven’t been to an event quite like this before, and it’s really cool to see the Elkhart community and people from South Bend, Nappanee coming out to explore,” he said.