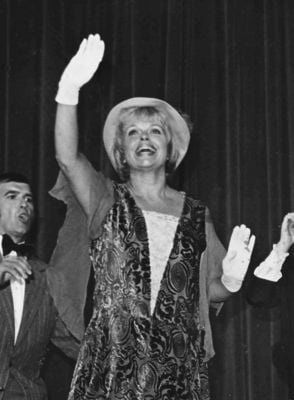 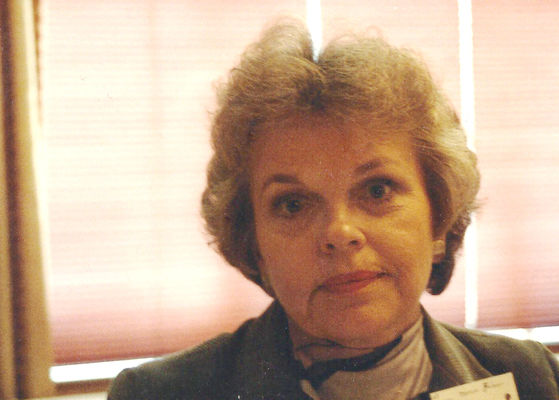 BRISTOL — A celebration of life service for theater critic and entertainment writer Marcia Fulmer is being planned by the Elkhart Civic Theater, organizers said.

Fulmer was a longtime Elkhart Truth reporter and an active lifetime member of Elkhart Civic Theatre, well known in the community for bringing attention to the arts in the region. She died on April 8 after a brief battle with cancer. She was 85.

The service will be an affectionate look back on Fulmer’s life, as told by her friends and family, complete with both live and recorded musical tributes. Friends are encouraged to arrive early, as seating may be limited.

In lieu of flowers, the family requests that donations be made in Fulmer’s name to Elkhart Civic Theatre via check or electronically at www.elkhartcivictheatre.org/mzfulmer.

In announcing the plans for the service this week, community theater organizers also submitted an obituary.

Local theater maven Marcia Fulmer took her final bow on Monday, April 8, 2019, passing away peacefully in her home with her loving children, Charles Lovejoy (Fort Smith, Ark.) and Deirdre Lovejoy (New York City), and her beloved dog Walter at her side. Fittingly, she was accompanied to her next act by a rousing recording of Ethel Merman singing “... let’s go, on with the show!”

Marcia was 85, born in Neptune, N.J., in 1933, to parents Helen Harbourt Zingg and Julius Charles Zingg, who preceded her in death. She was also preceded by two brothers, Harry Zingg (2013) and David Zingg (2000) and a son, Patrick, who died before making his entrance to the world in 1965.

She is survived by one grandson, Zachary Lovejoy (Seal Beach, Calif.), her sister-in-law Judith Zingg (Harry), and her nephew Darin Zingg and nieces Jennifer (Zingg) Davis and Kim (Zingg) Dubois.

A graduate of Montclair (N.J.) High School and Centenary Junior College, Marcia married George Lovejoy in 1955. She worked in the publicity department for Walt Disney as an assistant/secretary to Herman Raucher, who wrote the screenplay for “Summer of ’42.” After her divorce, she and her children moved to Elkhart, where she began work at the Elkhart Truth newspaper. There, Marcia took what had been a traditional “ladies” section of the paper, which covered weddings, engagements, birth announcements and the like, and turned it into a full arts and entertainment section covering community theater and other local and regional arts events, including the Elkhart Jazz Festival.

Marcia became active in the local theatre scene at Elkhart Civic Theatre, winning an acting award from the American Association of Community Theatre (AACT) for her roles in “Who’s Afraid of Virginia Woolf” (her first ECT show) and for “The Effect of Gamma Rays on Man-in-the-Moon Marigolds.” She went on to perform in multiple shows and to direct as well, including “The Drowsy Chaperone,” “Baby,” “The Robber Bridegroom” and “Fiddler on the Roof.”

She voluntarily reduced her direct involvement in local theatre as the Truth’s entertainment section gained popularity, and she began to review local and regional productions in earnest, always providing insightful critiques of the work being done in the area. Though she sometimes struggled to offer reviews for productions she found less than stellar, Marcia wrote honestly and with a dual purpose: to provide the knowledge on which theater companies could build better performances and productions, and to offer the paying public an accurate analysis of the plays and musicals available to see at any given moment.

The multitude of responses in social media to Marcia’s passing have shown that without a doubt, local directors, casts and crew members have held Marcia’s praise for their work as a personal triumph – and her critiques as valued guidelines for personal growth in their craft.

After she retired, Deirdre Lovejoy (who has followed in her mother’s footsteps to become an actress on stage and screen) set up a website through which Marcia continued to review shows throughout the area until very recently (www.marciamarciamarcia.net). She traveled and wrote reviews for virtually every theater within a 90-minute drive, and even in retirement remained committed to “covering” these events on her blog, just as she had during her reporting days at the Truth.

Through the years, Marcia also continued her involvement with Elkhart Civic Theatre, serving on the board of directors for many years and more recently recording “Theatre Geeks” podcasts on “All Things Theatrical” with John Shoup and Dave Dufour, ECT’s artistic and executive directors. And, having seen and appraised more shows than anyone in the area, Marcia was a vital resource and a commanding influence on the ECT production committee, which determines what shows are selected for each season’s offerings.

From the community’s outpouring of love, respect and reverence at Marcia’s passing, it is clear that she was not only a “force of nature,” as described by her family, but also a force to be reckoned with. And a force that strong is never truly forgotten. It simply finds another venue – and remains in our hearts and minds forever.