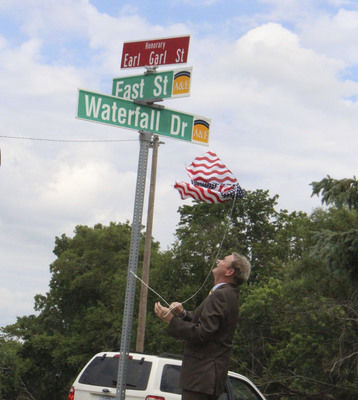 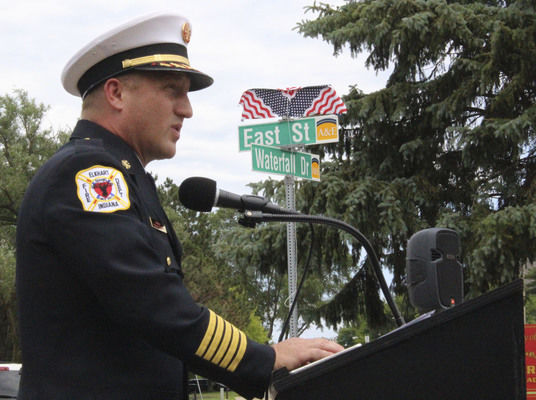 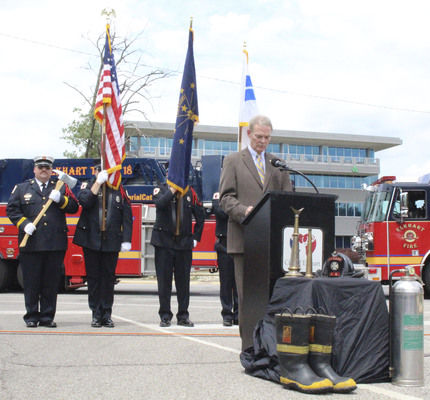 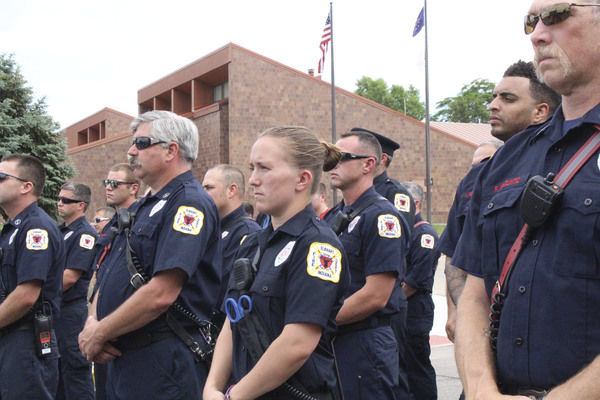 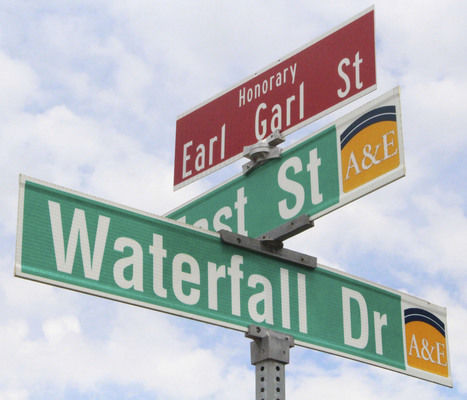 ELKHART — The Elkhart Fire Department and some city officials unveiled the new sign for an honorary street name in downtown Elkhart Thursday.

The new sign officially added the second name “Honorary Earl Garl Street” to East Street as part of a three-day celebration of the 150-year anniversary of the fire department. The honorary name comes from the first fireman to die in the line of duty in Elkhart, Earl Garl, who lost his life rushing to fight a barn fire in 1908.

In front of an audience of community members, city officials and Elkhart firefighters, Fire Chief Chad Carey asked the members of the Elkhart community to remember all that goes into being fireman, including the risks firefighters take each day as they perform their duties.

“I’d like the members of the community to take a moment of their time and thank a firefighter for serving their community,” he said, minutes before Elkhart Mayor Tim Neese pulled the covering off the small, red sign positioned atop the two street signs already in place at the intersection of East Street and Waterfall Drive. “A simple thank you is greatly appreciated and all that we ask.”

During his speech, Carey also promoted the first Fire Combat Challenge, which will take place this weekend in downtown Elkhart.

The challenge will bring firefighters from all across the region to participate, and even “possibly from further beyond this region,” said Carey, to compete in timed strenuous events across a set course. The challenge is set to begin on Friday at 5 p.m.

Elkhart Mayor Tim Neese, speaking of the 150th anniversary of the fire department, asked that the city also remember those that lost their lives, as Garl did more than 100 years ago.

“In special recognition of fireman Garl and his sacrifice to our community, East Street between Waterfall Drive and Division Street will henceforth be known as Honorary Earl Garl Street,” said Neese, who then pulled a cord attached to the red, white and blue covering over the sign, unveiling for the first time the street’s new name.

The sign unveiling marked the start of a host of events that will honor the anniversary of the Elkhart Fire Department over the course of 2017.