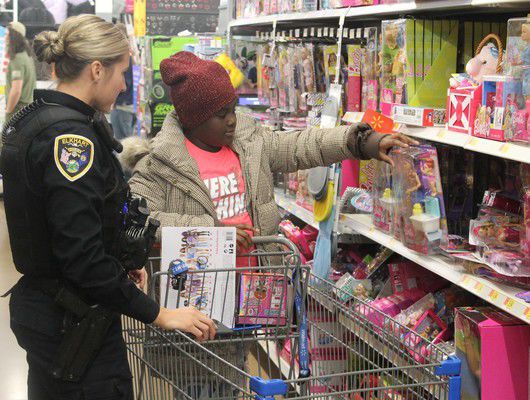 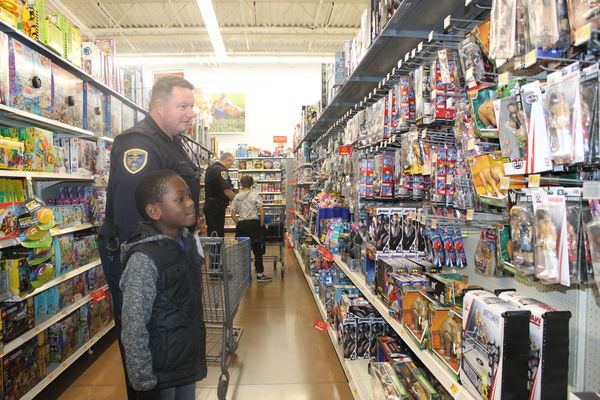 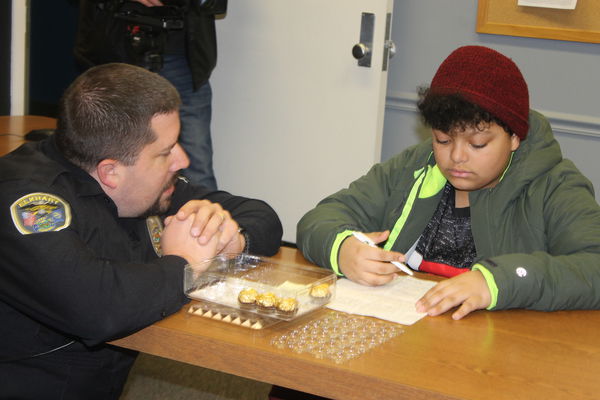 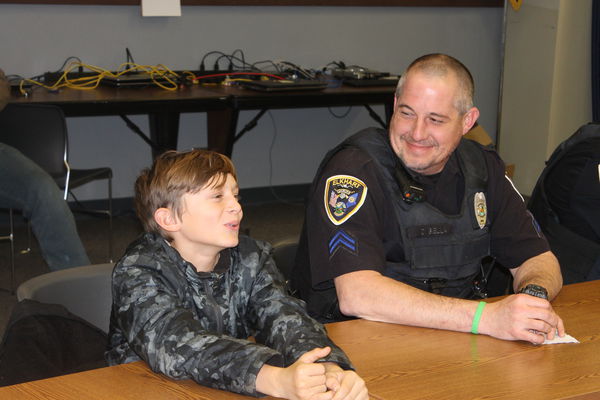 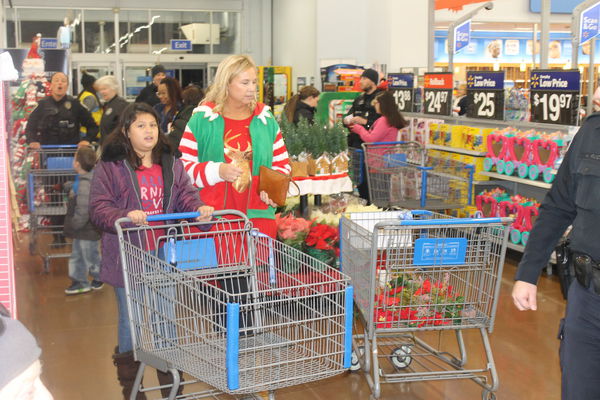 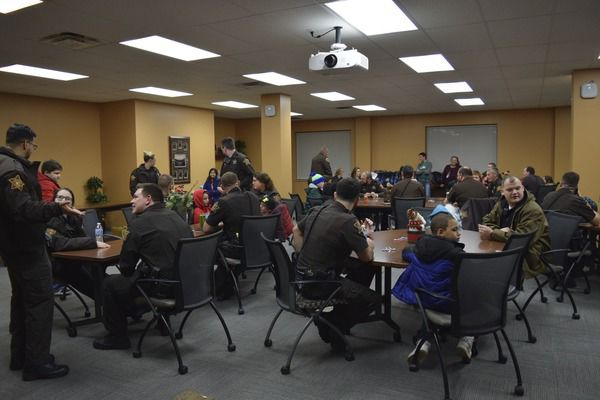 Officers from the Elkhart County Sheriff’s Office participated in the fifth annual Shop with a Sheriff event Thursday, and were able to take approximately 20 children shopping at Meijer.

Officers from the Elkhart County Sheriff’s Office participated in the fifth annual Shop with a Sheriff event Thursday, and were able to take approximately 20 children shopping at Meijer.

ELKHART — The Walmart on Old U.S. 20 near Ash Road was swarming with Elkhart police officers Thursday evening, but not to worry, it wasn’t for anything crime-related.

Rather, the officers buddied up with about 20 local children to help them check off items on their Christmas list during the annual Cops 4 Kids event.

The program, sponsored by the Elkhart Fraternal Order of Police Lodge 52, has been working with area schools for more than 25 years to give underprivileged children a Christmas they might not otherwise have, said Cpl. Jason Ray, president of FOP Lodge 52.

“Our goal is to make sure if there’s any kids or families in need of help that they have a good Christmas by making sure they get gifts,” Ray said. “It also helps foster good relationships with the police officer and that family by just helping them out and making sure they have the best holiday they can.”

The event began with each child being picked up from their home by their assigned officer and taken to the Elkhart Police Department. After that, a caravan of patrol cars – with lights and sirens blaring – headed to Walmart for a shopping spree.

With Christmas lists in hand, the children, accompanied by a cop, hit the shelves looking for the best deals and best gifts for family members, and of course themselves.

Jamaiah Tuggle, 10, was partnered with Officer Crisha Bishop. The two were in the toy aisle looking for Barbie dolls for Tuggle and her sister.

“This is a lot of fun,” Tuggle said. “I like shopping with Officer Bishop. She’s helped me a lot with picking my gifts.”

Henry Winegard was shopping with Sgt. David Baskins. The 7-year-old was enthusiastically stocking his cart with superhero toys.

“Henry’s an only child, so unlike many of the other kids, he gets to mainly shop for himself,” Baskins said.

Most children are selected for the program based on referrals from Elkhart Community Schools and others are chosen through relationships officers developed with the children by either working with them at their school or going to their house for calls, Ray said.

The night concluded with a pizza party, provided by Walmart, and a ride home in a squad car.

The Elkhart County Sheriff’s Office also had its fifth annual Shop with a Sheriff on Thursday.

About 20 children traveled with an officer to the Meijer store and set off to find the treasures within accompanied by about 40 county officers from the Detective Bureau, Patrol and Corrections.

Each child was accompanied by officers as they shopped for clothing, school supplies and a few toys, as well as gifts for family members.

Nice article. I wonder what the anti police warriors will have to say about it. How about it Fly Navy?

Sidearm, that is great they are doing this. I have contributed to the fund raising for it. That does not excuse beating handcuffed detainees and then having the number 2 person in the chain of command blame the press for bringing it to light.

Most police officers are wonderful. Some are not and those tarnish the reputation of the good ones. There is still a cancer near the top of the organization and the department won't heal until it is removed. Change of Command is coming, so that is a positive.

I wonder if this wonderful happening is mentioned in the scathing report about how bad EPD lacks fair and respectful treatment of minorities. Oh! and the Elkhart FOP youth baseball league. 2 Programs that have surely interacted positively with minorities over decades!