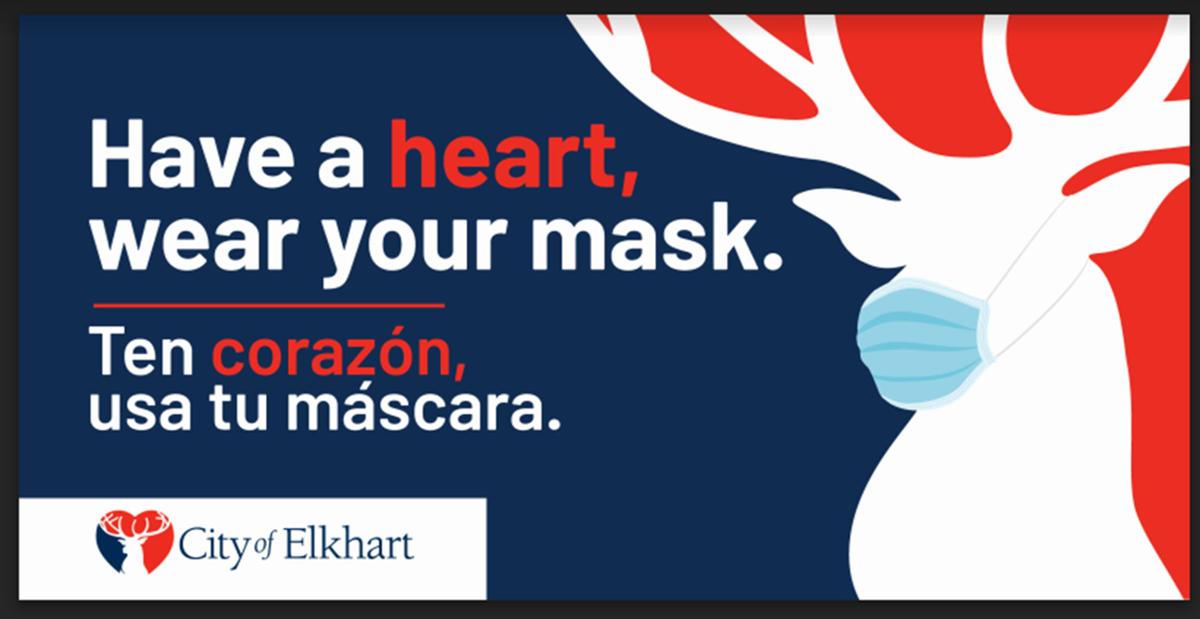 The elk from the City of Elkhart’s logo is wearing a mask on 13 billboards around the city, encouraging people to mask up. Mayor Rod Roberson is considering additional steps. 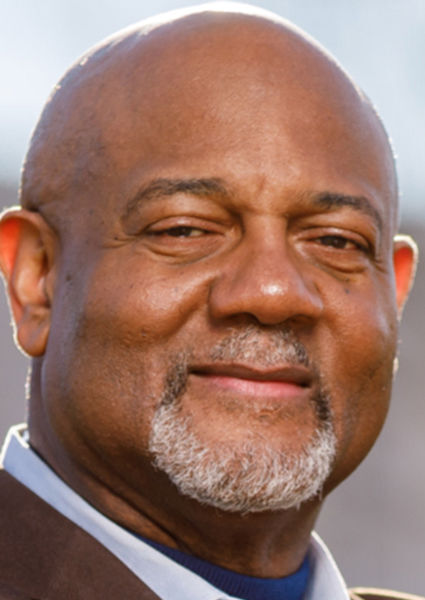 ELKHART — City officials are considering whether to draft a mask mandate that would supersede an unenforced order implemented by the county three weeks ago.

Although they reached no consensus, city leaders discussed the issue during a council session Monday night.

Mayor Rod Roberson said the city has a disproportionate number of cases in the county.

His administration may have to go further than the county’s unenforced mandate if local cases continue to rise, he said.

Several council members have been getting emails from residents who discourage them from instituting an enforced mask mandate for the city. According to council members Brent Curry, D-5, and Dwight Fish, D-4, the emails appear to be form letters, arguing that mask mandates are an example of government overstepping its mandate. The letters also, incorrectly, argue that masks do not help prevent the spread of coronavirus.

“Let say hypothetically masks do work,” a letter reads. “Then why do I have to wear one? Your masks protects you, right?”

The letter represents a misunderstanding of what cloth masks do, as the point is not to protect the wearer from catching the virus but to keep the virus from spreading from the person wearing the mask, according to health officials.

When people talk, cough or sneeze, they can spread the virus through respiratory droplets, but a cloth mask can catch those droplets and prevent them from traveling through the air, according to experts such as Dr. Lawrence Chu, professor of anesthesiology, perioperative and pain medicine and director of the Stanford Anesthesia Informatics and Media Lab.

The letters also argue that wearing masks can result in high levels of carbon dioxide and a lack of oxygen. But cloth masks are not tight enough for that to be a concern, according to Bill Carroll, who has a doctorate in organic chemistry and is an adjunct chemistry professor at Indiana University.

“When you exhale or inhale, air can go around the mask as well through the pores in the material,” Carroll told Health.com. “This is why a cloth mask does not absolutely protect you from inhaling the virus, but by disturbing your exhalation flow it tends to protect those around you from aerosols in your breath.”

Curry, the City Council’s president, said he is concerned that some residents have taken a position against wearing masks. But no members of the City Council made a clear indication that they would want to create an enforced mask mandate.

“I don’t believe it should be mandatory,” Curry said. “I think it’s necessary that we should all volunteer to wear a mask.”

Multiple council members shared stories of how their family members have been affected, in some cases fatally, by COVID-19.

“I have an 11-year-old granddaughter who is COVID positive and has been so very ill for seven days,” Mary Olson, R-at-large, said over a WebEx connection, adding that her daughter has also been infected. “So I would encourage people to err on the side of wearing the mask to protect not only themselves but those that they’re around.”

She said everyone should do whatever they can to help since the virus does not appear to be going away any time soon.

“I don’t know about you, but I don’t want to be a cause for someone to become ill,” Olson said.

“If you want the economy to open up, wear the mask, because as numbers go up, businesses get shut down,” he said.

Fish and Roberson both said they have family members who have died of COVID-19. Fish has two additional cousins who have been infected.

“Until this week, none of my family had been involved in it. And to go from 0 to 60 like that makes you really take a look at your best health practices,” Fish said.

The City of Elkhart is using 13 billboards to encourage residents to wear a mask. The billboard displays the elk from the city’s logo wearing a mask and says, “Have a heart, wear your mask.”

Roberson, like Henke, argued that getting the message out will help get society back on track faster.

“We really want to get our economy open and get back to any resemblance of life as we knew it,” Roberson said. “We have to mask up.”

Henke pointed out that LaPorte Mayor Tom Dermody recently issued an executive order requiring people to wear a mask in retail buildings. Not following the order may result in a ticket.

Roberson said Dermody’s order has not gone unnoticed in Elkhart.

“In our leadership team meeting this morning we talked about a mask mandate for the entire city,” Roberson said.

He believes that the state might soon require Hoosiers to wear a mask.

“With that said, we won’t wait,” he said. “We’re hopeful that we can feel a change in the next week or two, and it may preclude us (from) having to do it.”

But if cases continue to go up in Elkhart, Roberson said his administration will have to “take the next step.”