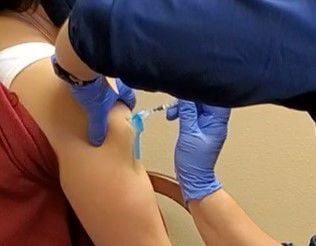 According to the Indiana State Department of Health, 5,390 Elkhart County residents had received their first shot as of Monday, and 875 had received the second and final shot. 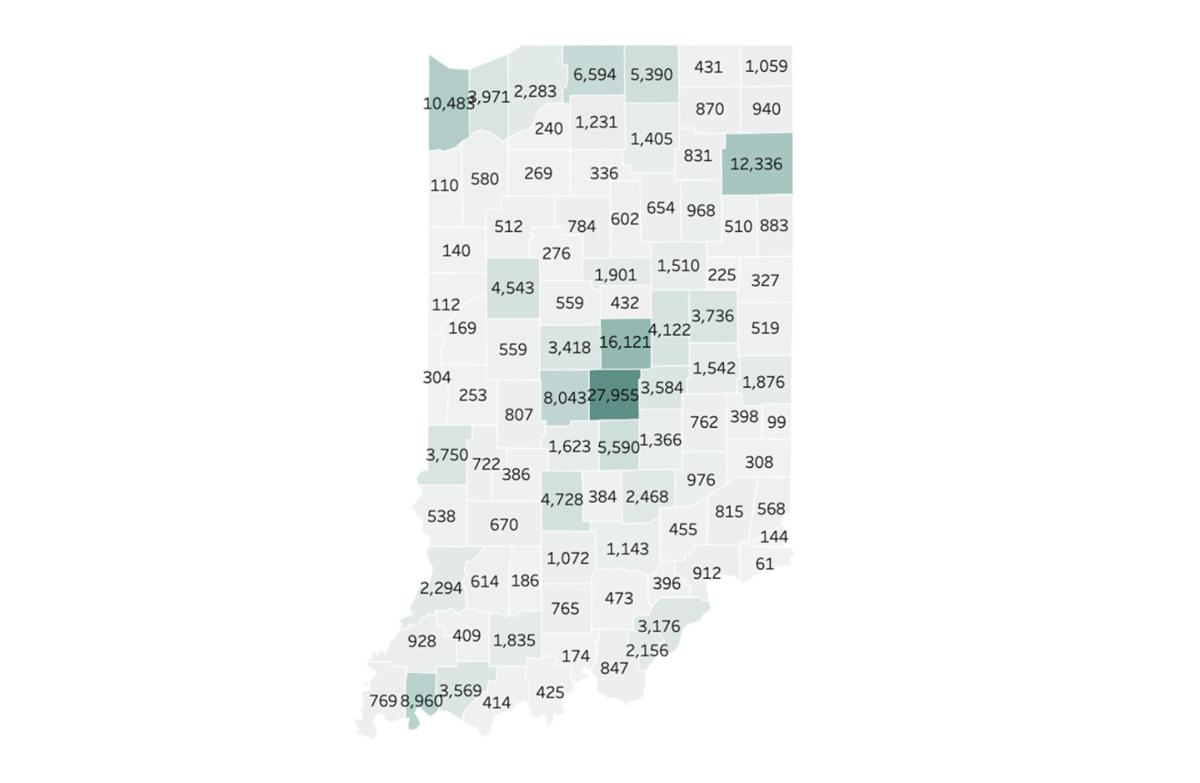 The number on each Indiana county indicates how many residents have received their first COVID-19 vaccine shot. Elkhart County had 5,390 residents vaccinated by the end of Monday.

According to the Indiana State Department of Health, 5,390 Elkhart County residents had received their first shot as of Monday, and 875 had received the second and final shot.

The number on each Indiana county indicates how many residents have received their first COVID-19 vaccine shot. Elkhart County had 5,390 residents vaccinated by the end of Monday.

ELKHART — Members of the general public who are 80 or older began receiving COVID-19 vaccinations in Elkhart County this week, and the process is going smoothly, county Health Officer Dr. Bethany Wait said Tuesday.

During a public meeting of the Elkhart County Community Organizations Active in Disaster (COAD) on Tuesday, she said about 130 people received their first shot from the county Monday and that a similar number of people would get the shot Tuesday.

“We just wanted to make sure we knew what we were doing in starting slow, so we’ll start ramping up and seeing more patients,” Wait said.

According to the Indiana State Department of Health, 5,390 Elkhart County residents had received their first shot as of Monday, and 875 had received the second and final shot. Most of the residents who have been vaccinated are either health care workers or nursing home residents and staff. Vaccines for those populations are provided through Elkhart General Hospital, Goshen Health, CVS and Walgreens.

Wait said she hopes the state will allow counties to begin vaccinating individuals who are 70 and older next week, and individuals 60 or older the following week. The county received about 1,000 doses Friday, and Wait hopes to receive another 1,000 or so next week. As vaccinations of health care workers and people at long-term care facilities are completed, she said more doses will become available to the general population.

A few people who do not meet the current requirements to get vaccinated have received their first shot, Wait said, because those doses would otherwise have gone to waste.

“Our greatest concern is wasting vaccinations,” she said. “And that’s why, last week, we pushed the state pretty hard.”

That resulted in the state giving permission to keep a list of people who would be able to receive their shot on short notice in case, for instance, the county had 130 people registered for a day but only 120 showed up. Monday, there were nine people from the backup list who received a shot, according to Wait, who said those individuals were “critical infrastructure workers” that local governments need to function. Wait said she would like to add teachers to the list, since the ability to keep schools open is critical for the rest of society to operate normally.

Another significant concern as the vaccination process begins is the number of people who are skeptical about getting vaccinated. That has even been a problem among health care workers, and especially support staff, Wait said. But once experts have been able to educate concerned individuals, she said, many change their minds. If people still decide not to get immunized, the county will just have to move on.

“Most of the hesitancy that I’ve heard here lately is, ‘I just don’t want to be the first,’ and that’s understandable,” Wait said. “I think that once the general population sees how well the 80-year-olds have done, in general, I think people will feel better.”

No severe side effects from the vaccine have been reported in Elkhart County, according to Wait, who said she mostly hears about people feeling soreness in the arm after receiving the shot.

Some communities within the county may be more skeptical than others, according to Wait.

“I think we all know that our communities of color are going to be our biggest struggle, for a lot of different reasons. I think history, number one, has shown that we haven’t been as kind as we should have been to individuals of color,” she said.

Wait believes that minority populations will become less skeptical when there is better community outreach. She plans to go through religious communities in particular, with a general goal of making it as easy as possible for anyone who has questions to get those questions answered.

“Don’t we all just want our questions answered?” she said. “People just have questions, and if they can hear logical, sensible answers, they’re going to be more likely to go ahead and get the vaccine.”

Reaching Elkhart County’s Amish population is another struggle, according to Wait, who said the county will have to set up clinics in the Amish communities in order to be successful.

The COVID-19 outbreak in Elkhart County is not as bad as it was in late 2020, particularly in November, when the seven-day average of new infections per day was above 300 for a week. Currently, the seven-day average is at 90 per day. The number of people dying from the virus is also down, after reaching a high of about 100 in 30 days in November and December, to 56 in the past 30 days as of Tuesday. Until November, the highest number of COVID-19 deaths in a month was 36.

The county’s positivity rate for all tests has been at about 15 percent in recent weeks, currently sitting at 15.5 percent, which could result in the county’s color code moving back to red Wednesday, thereby keeping coronavirus-related restrictions at the highest level in the state.

“I really want our goal for percent positivity of our cases to be under 15 percent,” Wait said, pointing out that that could result in a loosening of restrictions. “I think that’s probably everybody’s goal.”