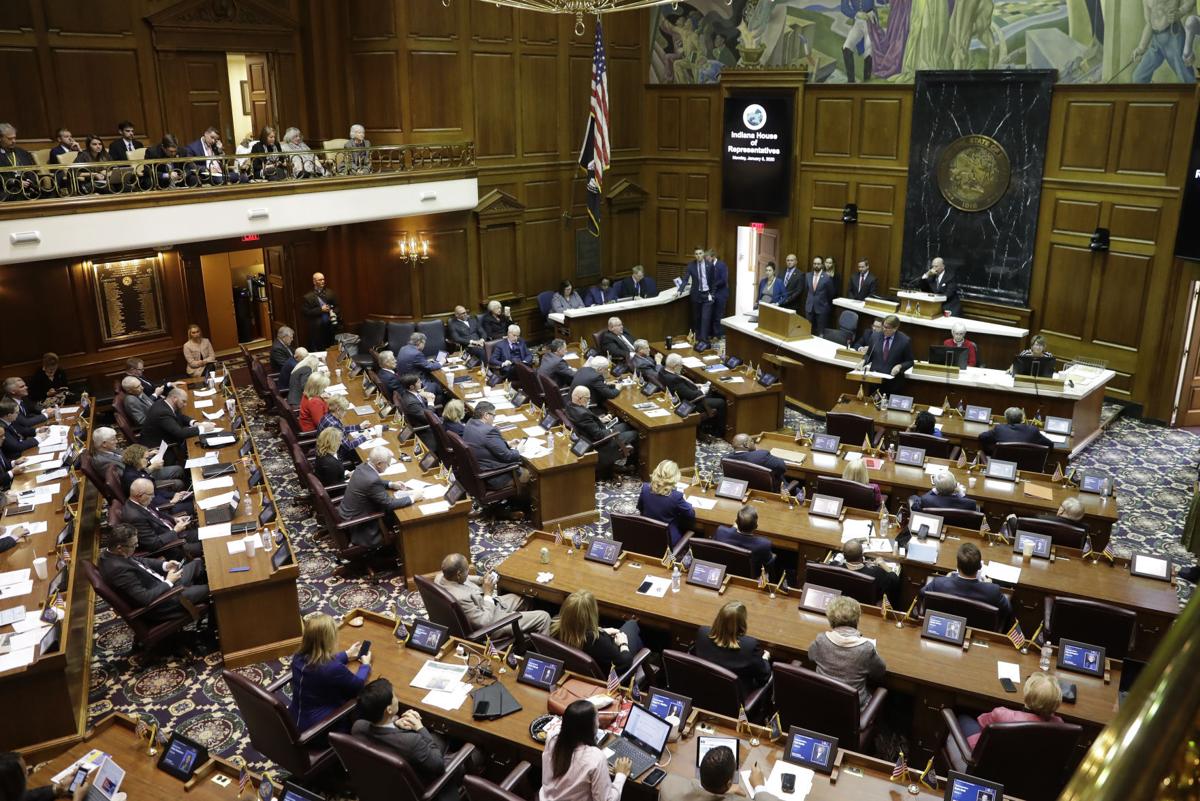 Members of the Indiana General Assembly on Monday overrode a veto of a bill that will require approval by local elected officials of any health orders that are more stringent that the state’s. 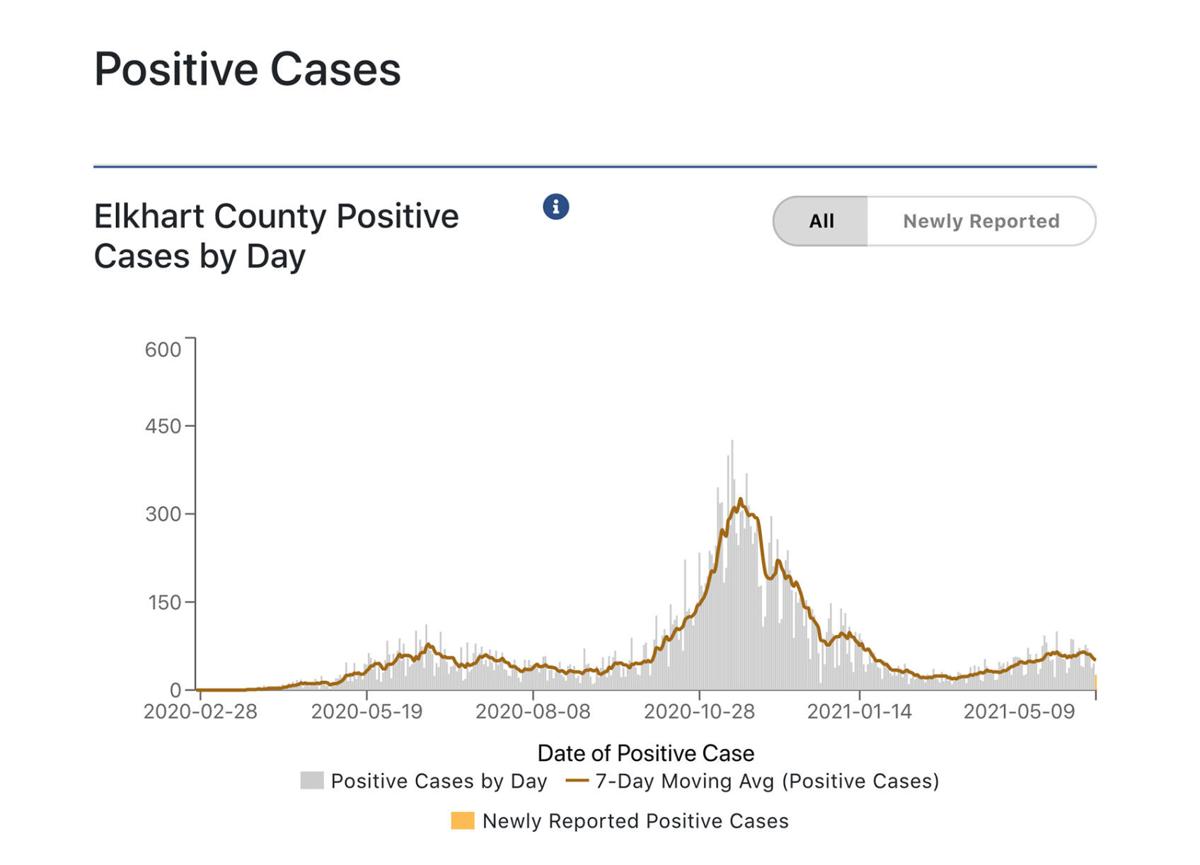 The number of new COVID-19 cases per day in Elkhart County has plateaued around 50 to 60 in recent weeks. 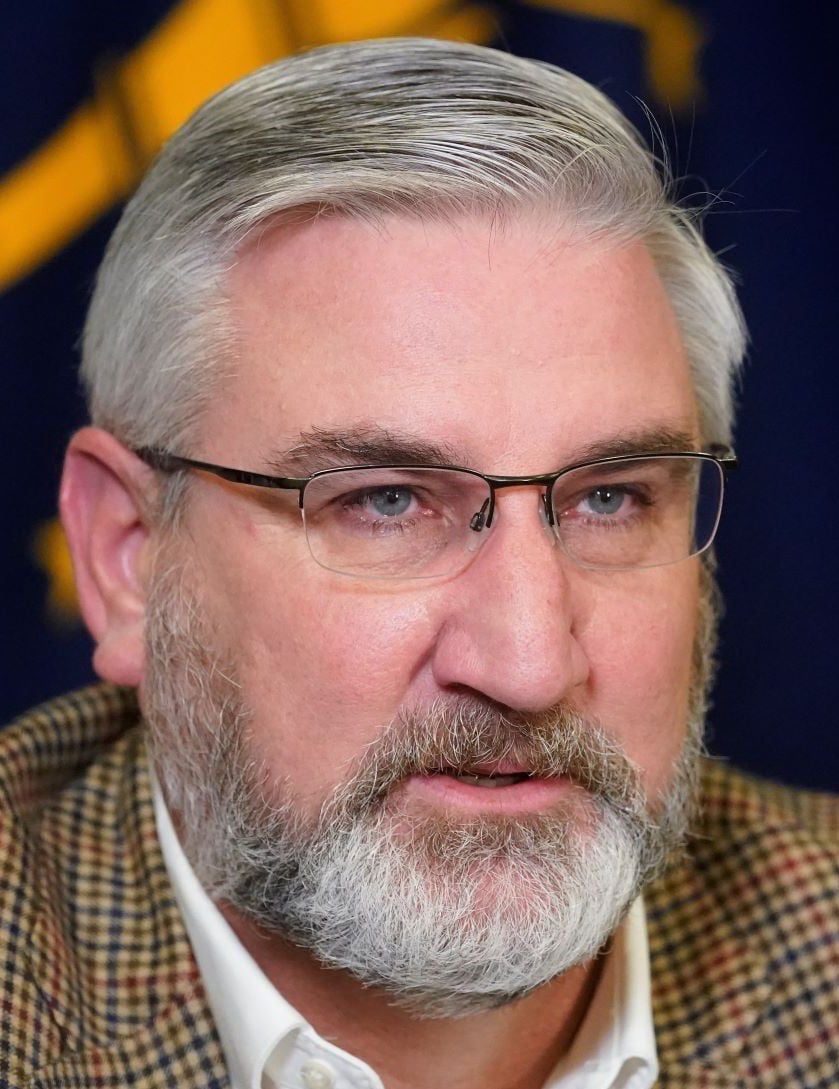 Members of the Indiana General Assembly on Monday overrode a veto of a bill that will require approval by local elected officials of any health orders that are more stringent that the state’s.

The number of new COVID-19 cases per day in Elkhart County has plateaued around 50 to 60 in recent weeks.

ELKHART — Coronavirus-related restrictions were eliminated in Elkhart County and elsewhere on Monday after state legislators overrode Gov. Eric Holcomb’s veto of a bill that requires county elected officials to approve any health orders that are more stringent than the state’s.

Since the Elkhart County Board of Commissioners has not approved County Health Officer Dr. Bethany Wait’s public health order, which mandated mask-wearing in many situations and limited capacity at some events, those restrictions are void.

The commissioners have told Wait they do not plan to approve the restrictions, which were set to expire on Friday.

In addition to Elkhart County, the new law affects mask mandates that were in place in Indianapolis, South Bend and Bloomington since Holcomb rescinded the statewide mask order in early April. The Indianapolis City-County Council was expected to vote Monday night on extending the city’s mask mandate and capacity limits on restaurants and bars, a council spokeswoman said.

The Senate on Monday voted 36-10 and the House 59-30 to easily achieve the simple majorities needed to override the veto issued last week by Holcomb and make the new law effective immediately.

Republican legislators say the proposal is meant to provide a “check and balance” protecting the rights of business owners following complaints about COVID-19 orders closing or limiting businesses over the past year.

“To the extent they want to keep some policy in place that they would need to meet and approve, I think most of them are probably ready to do that or at least they should be at this point,” Bray said.

Holcomb said in his veto message that he didn’t want to jeopardize the flexibility of local health officials as work continues to vaccinate more people against COVID-19. Indiana has one of the country’s lowest vaccination rates against the disease that health officials say has killed more than 13,500 in the state and largely was to blame for an increase of at least 16 percent in statewide deaths during 2020 from the year before.

“I would have hoped that such sweeping change could wait until we gathered all the relevant experts and stakeholders to strike the right balance regarding local health authority during emergencies and avoid discouraging laudable service in the field of public health,” Holcomb said in a statement after Monday’s votes.

Legislative Republicans voted last month to override Holcomb’s veto of another bill giving themselves more authority to intervene during statewide emergencies declared by the governor. Holcomb has filed a lawsuit against the Legislature, arguing that new law violates the state constitution.

Democrats argued that Republicans were responding to a vocal minority complaining about actions taken to stem the coronavirus spread.

“This is politics, this is a Republican civil war and I reject that this is something we need to be down here doing today,” said Democratic Sen. Jean Breaux of Indianapolis.

Several medical and health organizations opposed the limits on county health orders, arguing against shifting authority away from public health professionals to local elected officials who largely don’t have such experience. Supporters of the new law say it doesn’t apply to orders issued against businesses or residents over matters such as health code violations.

The new law also gives local elected officials – rather than appointed local health boards – hiring authority over county health officers and creates a procedure allowing the public to appeal enforcement actions such as fines or an order to close a business to an elected county or city board.

Republican Sen. Mike Gaskill of Pendleton argued that no one in government should have unchecked authority.

“We’re not taking away local control but we’re involving more people in the decisions,” Gaskill said.

Neither the Elkhart County commissioners nor Wait could be reached on Monday afternoon.

Whoops! CDC says twice vaccinated need not distance nor wear masks at any time! Not a case anywhere in the world that has been proven that a person was walking down the street and infected by another person!!!! Good golly Washington DC has been unmasked. Hopefully there will be MORE unmasking!