If you need to purchase a subscription.
You are the owner of this article.
Edit Article Add New Article
Hometown
News
Obituaries
Sports
Features
Schools
Business
Opinion
Classifieds
E-Edition
Subscribe
1 of 3 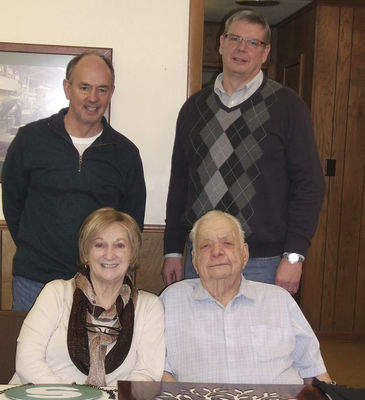 Dick Stout, lower right, and his wife Kayte with Ron Mason, top left, and Brian Conwell at Stout’s retirement celebration after he sold the company to Mason and Conwell in November 2016. 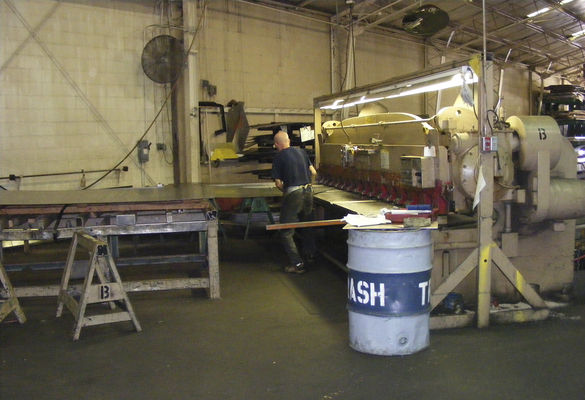 An employee of Stoutco Inc. uses a shear to cut steel sheets. 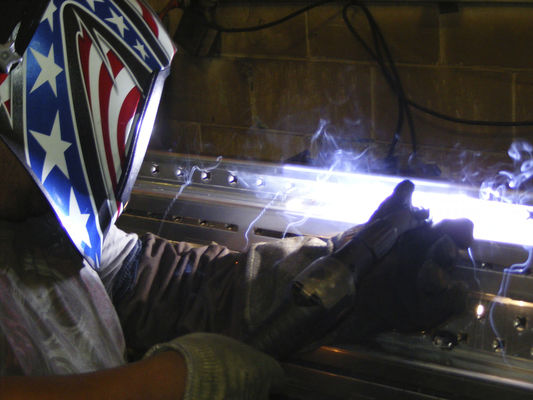 Dick Stout, lower right, and his wife Kayte with Ron Mason, top left, and Brian Conwell at Stout’s retirement celebration after he sold the company to Mason and Conwell in November 2016.

An employee of Stoutco Inc. uses a shear to cut steel sheets.

ELKHART — Let’s go back to what started this whole ball rolling, said one of the owners of Stoutco Inc., which celebrates its 60th anniversary this year.

The Bristol metal fabrication company was founded by the late Dick Stout, who was the majority owner until just a few years before his death in 2018. Yet, he didn’t see the company as his own as much of one belonging to the employees and shareholders, according to his family.

“Dick liked to call it crumpling metal, but at the end of the day, we’re steel fabricators,” said Ron Mason, president and co-owner.

Stoutco mainly makes metal for trailer and bus manufacturers, but that wasn’t always the case.

“It’s evolved and changed and reinvented itself,” said Mason.

But that was mostly during Stout’s 57-year reign. Among the scrapped areas of metal fabrication lies something as close to today’s production as trailer frames, to something as far removed as wood-burning furnaces.

When Stoutco started out in October 1959, Stout himself and one or two employees were the only ones on staff.

“He’d get orders, he’d come back and make the part, he’d take orders to the bank to get money to go buy inventory,” Mason said. “He was kind of a one-man show with a couple of other folks involved.

Today, the business that sits by S.R. 15 and the Indiana Toll Road where the St. Joseph River flows into Indiana, employs 60. And though Stout isn’t around to lead the company anymore, or see where it is going, it still carries his name and legacy.

“He named the company Stoutco because he was told by somebody, ‘If you really believe in what you’re going to do, put your name on it,’” Mason said.

The vision today is the same as it was back then, according to the president.

“Lots of integrity and honesty, and providing good parts on time to whoever his customer was,” he said.

CFO and co-owner Brian Conwell said that is what helped Stoutco get through the hard times that are hard to avoid when you are in business for half a century and more.

But also the employees.

“As he used to say, taking care of the people, not keeping the company alive on the backs of the employees,” Conwell said.

And Stout didn’t just talk the talk. Stoutco has never had layoffs.

More than a dozen employees have been with Stoutco for 15 years or more. One has been there for 38 years.

Both Mason and Conwell have been at Stoutco for less than a decade, with Conwell coming onboard most recently, about five years ago.

“Mr. Stout at the time, he was I think 87 when I started, and he was very upfront,” Conwell said. “He goes, ‘We’re trying to sell the company. We’re at a point now where we’re not going to live forever.’ But he was very careful about the kind of ownership that was going to take it over.”

The important thing for Stout, said Conwell, was that the new owners would continue running the company rather than strip it for parts or switch out the employees.

When Stout first approached Mason and Conwell, they told him there was no way they could do it. But Stout laid out how it could happen and turned out to be right.

He was very shrewd and creative, said Mason, and it showed.

“A lot what’s come to pass here was his designs and his thoughts, his ideas,” Mason said.

Stout was born in Milwaukee but was intentional about locating his business in Bristol, his successors said.

“He felt like he could tap into the workforce of Elkhart and the towns,” Conwell said. “So he located right here. This is the same location the company has been in since it started. I guess it’s been OK – it’s stuck around for 60 years.”

Stoutco was built in the same decade as the Indiana Toll Road, and that affected Stout and the business in more ways than just making transportation of goods easy.

“You’ll see a lot of green within the organization,” said Mason. “He picked that color from the Toll Road green.”

Stout would even send out quotes to potential customers on green paper.

“Everybody else’s came in on white paper, so he felt like his would stick out that way,” Conwell said.

Yet, it’s not that Stout was looking for attention, at least not for himself. He just wanted his business to do well. But had he been alive today, his successors said, he probably would not have wanted much attention on the 60th anniversary of his company.

“If he was still alive, he probably wouldn’t (want to speak with a reporter). He wasn’t a big publicity guy,” Conwell said.

“And we’re not either,” Mason said.

“We appreciate and we want to celebrate the history,” Mason said. “We think the history of Stoutco, a company that is still privately held and has been around 60 years, is very unusual.”

The 60th anniversary of Stoutco Inc. was Oct. 1, and the company celebrated with a luncheon on Oct. 4. Original investors, shareholders and board members were invited to come back and celebrate Stout and his company along with family members and retired employees.

And if anyone hadn’t caught it, here is a clarification from Mason.

“Dick’s last name was Stout, without the co. Some people have called him Mr. Stoutco, that’s why I say that,” Mason said. “It was Dick Stout.”