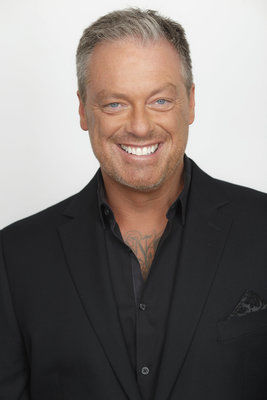 Photo by Bradford Rogne PhotographyTodd Newton will the host of the Price is Right Live! in Elkhart. 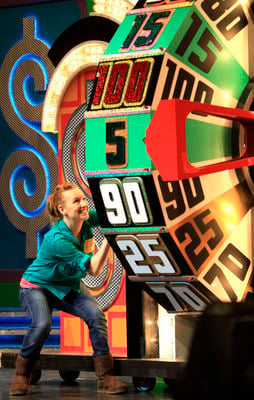 Contestants for the Price is Right Live! are chosen at random.

Photo by Bradford Rogne PhotographyTodd Newton will the host of the Price is Right Live! in Elkhart.

Contestants for the Price is Right Live! are chosen at random.

ELKHART — The Price is Right Live! Is coming to Elkhart’s Lerner Theatre.

With a similar format to the live television game show, the Price is Right Live! In Elkhart will be hosted by Todd Newton, who was one of five contenders to replace Bob Barker in the TV version. Newton is a regular host on the show.

“I love working on television but this show is my number one priority and the most enjoyable for me,” Newton said. “There’s something about that electricity that you feel on stage and in these theatres that you can’t get from a small stage or a studio audience. It’s the most thrilling rush I’ve ever experienced.”

An experienced apprentice of Barker, Newton has been working with Barker since the early 2000’s, when he hosted a game show called “Whammy! The All-New Press Your Luck.”

“One of the things Bob Barker taught me is that every contestant has a story,” Newton said. “Everyone has a reason they’re there. The Price is Right means something to everyone and I think it’s important to find out who they are and what makes this special to them. When we do that, it makes it real and now the audience has something invested. I think that’s part of what has made the Price is Right a part of Americana now for close to 50 years.”

The show isn’t scripted, and all contestants are chosen at random through a drawing, unlike the television show, which focuses on bringing the most energetic crowd members to the stage.

“It’s loud and the lights are bright and the excitement is real,” Newton said. “You can’t script it. You can’t anticipate what’s going to happen. No audience is the same so no two shows will ever be the same. All of our contestants are picked randomly so you never know.”

All contestants’ on the Price is Right Live are chosen prior to start of show. People who won’t be purchasing tickets are also welcome to put their name in the drawing to become a contestant. All contestants are chosen at random so everybody has the very same opportunity to play.

Managing Director of the Roberts Group, the promoters of the show, Daniel Hampel, saaid that’s the goal, really.

“The touring show goes out of the way to make as many winners as possible as they can,” Hampel said. “On the live show, they call four new people down for each game. There’s also instant winners; you can win from your seat. Getting called up on stage is not the only way to win. There’s many more chances to win than just the 20 or so names they see called on TV.”

Hampel said in the live show, there’s closer to 50 winners.

At the Lerner, the goal is to bring in 1,700 ticket holders to see the show, and he said they’re nearly sold out, despite the fact that the show is almost two months away.

“They were looking for a way to put the show on the road so that people who cannot make it out to see the show can experience it and have a chance to win right in their hometown.”

The Price is Right Live! will be at the Lerner Theatre at 7:30 p.m. March 13. Tickets are $45 each. Ticket purchase is not necessary to enter into the competition. If a person selected as a contestant is a non-ticket holder, they will be brought inside the venue by producers to await their turn as contestant.