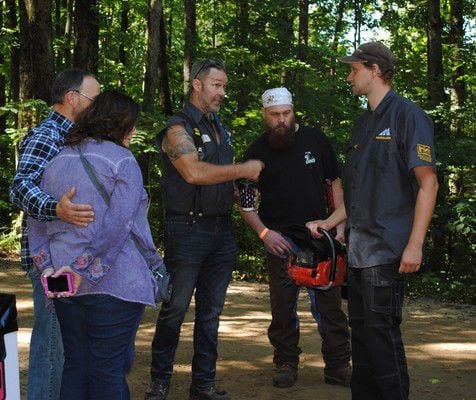 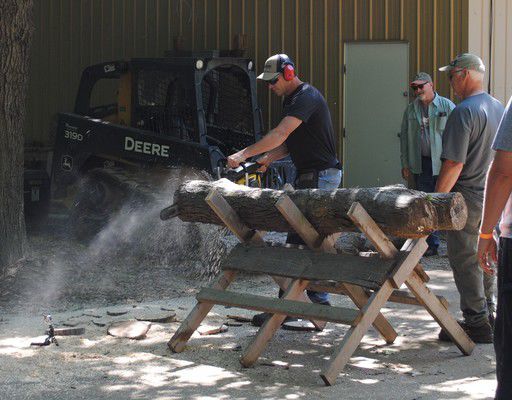 Buckin’ Stock featured loggers doing what they do best, and chainsaws for the public to check out. 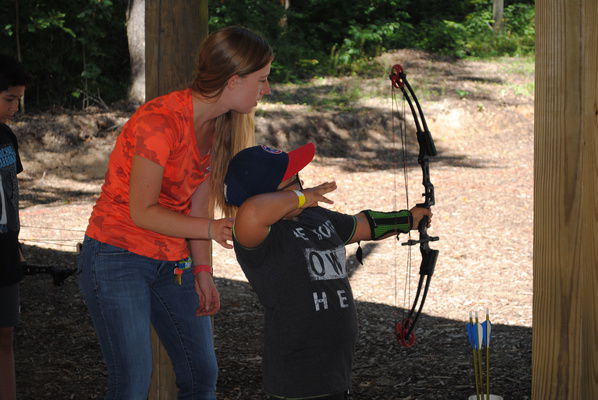 Aiden Soto-Smith, 6, practices archery over the weekend during Buckin’ Stock in Union, Michigan.

Buckin’ Stock featured loggers doing what they do best, and chainsaws for the public to check out.

Aiden Soto-Smith, 6, practices archery over the weekend during Buckin’ Stock in Union, Michigan.

UNION, Mich. — YouTube sensation Buckin’ Billy Ray Smith believes he’s going to change the world, one rip of the chainsaw at a time.

“I am here to spread a message of love and kindness,” Smith said. “It’s not all about, look at me do this and look at me do that. It’s about, let’s be nice to each other. And I do this through my YouTube channel and through Buckin’ Stock.”

In the second annual Buckin’ Stock festival, Smith met with hundreds of tree service and logging enthusiasts to spread his message at the Five Star Life Leadership training facility just north of Elkhart.

“It’s about chainsaws and logging but it’s really more about love and kindness and being your best,” said Five Star Life Summit’s Executive Director Seth Maust.

Smith, a logger from Vancouver Island, B.C., chose Five Star Life for his second Buckin’ Stock event, connecting with the youth served by the facility.

“Billy is a lot like the students that we serve,” Maust said. “He was raised by a strong mom, but he didn’t know much about power tools or who he was. He got into substance abuse, alcohol, got into trouble and he realized he had to do something with his life. Once he found his purpose, it started to change his life.”

Smith found his passion in precision logging to begin with, but he later found a passion in spreading kindness. Five years ago, Smith was climbing a tree, working on felling it, and decided to turn on his camera and started talking.

“People liked it,” he said. “At the end of one of my videos, I said, ‘Let’s be nice to one another.’ And I started doing that regularly, with little affirmations, instead of stomping each other out to get somewhere. That’s the message I want to send.”

Since that time five years ago, Smith has become popular among many YouTube followers and is even starring on the newest season of History’s Channel’s “Ax Men.”

“In middle school, kids get behind academically, they pick a group of friends that don’t value education, their parents don’t hold them accountable, and they end up doing whatever they’ll do and end up dropping out.

The camp helps students by pitting them against real-life opportunities and pushing them to succeed. One example of that is a rope course, where kids can conquer their fears.

At Buckin’ Stock, guests learning about the logging industry, met with Smith and other loggers, and tried their hand at archery and the rope climb in an effort to distribute Smith’s message.

“Hopefully people will leave this property feeling inspired to maybe pay for the next person in the drive-thru or open the door for somebody and lose the tunnel vision a little bit,” Smith said. “People think I’m crazy, but I believe I’m going to change the world with love.”