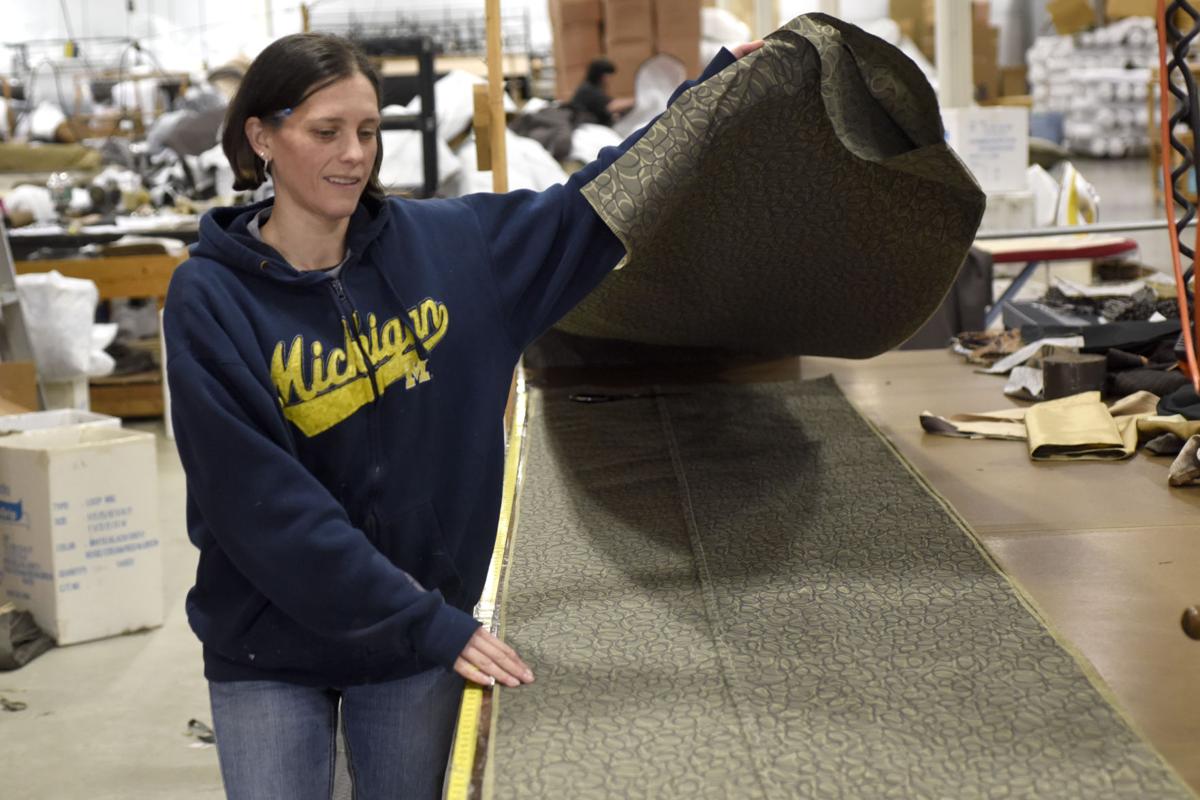 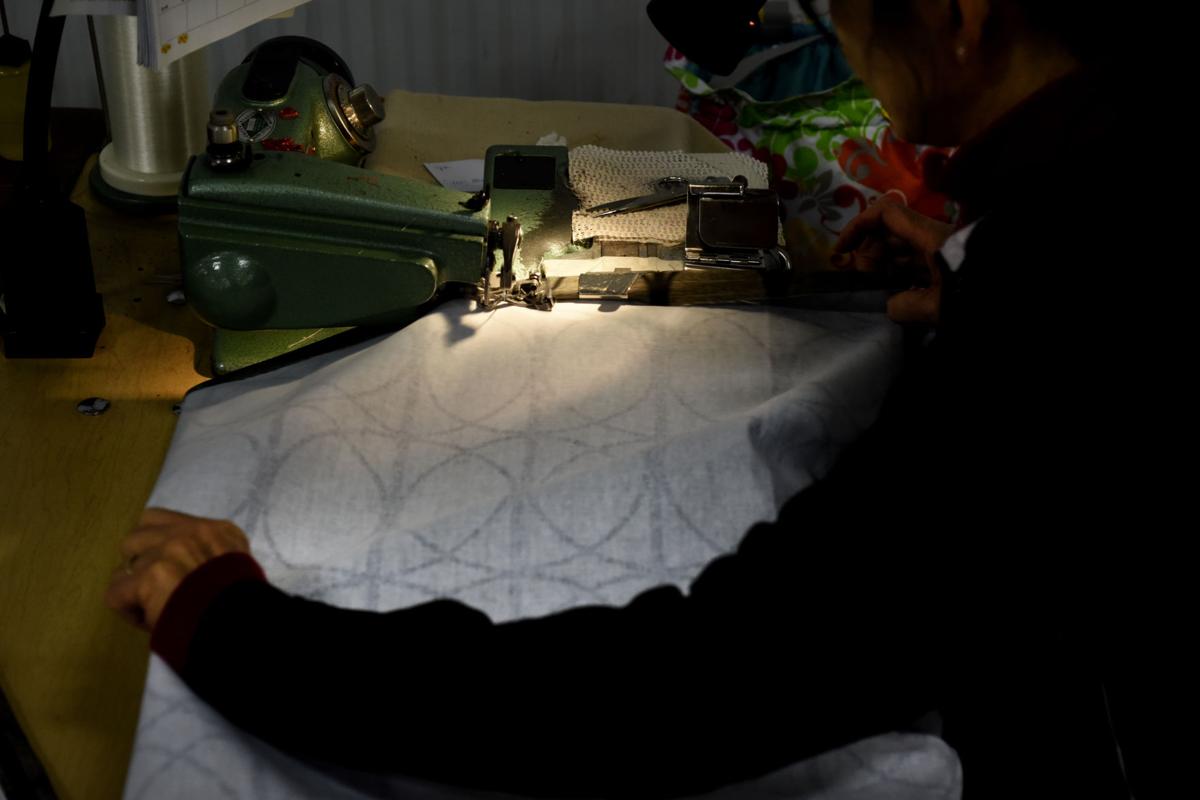 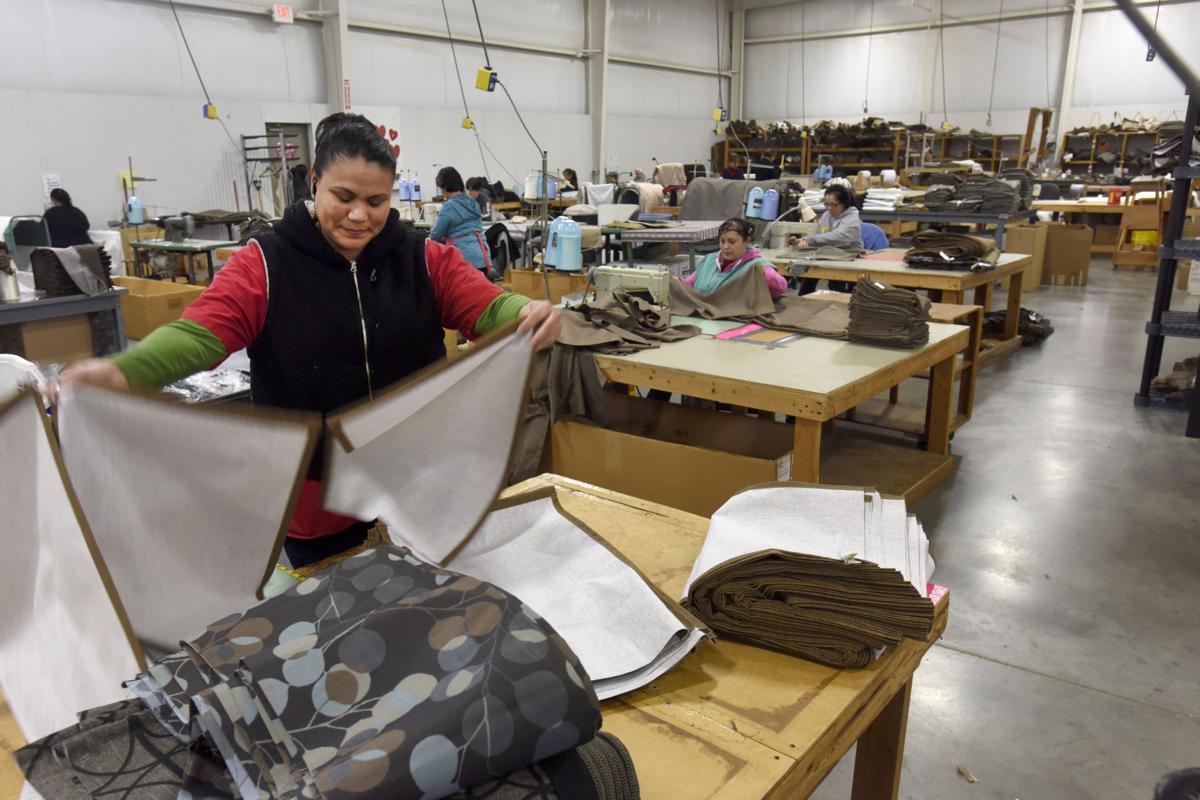 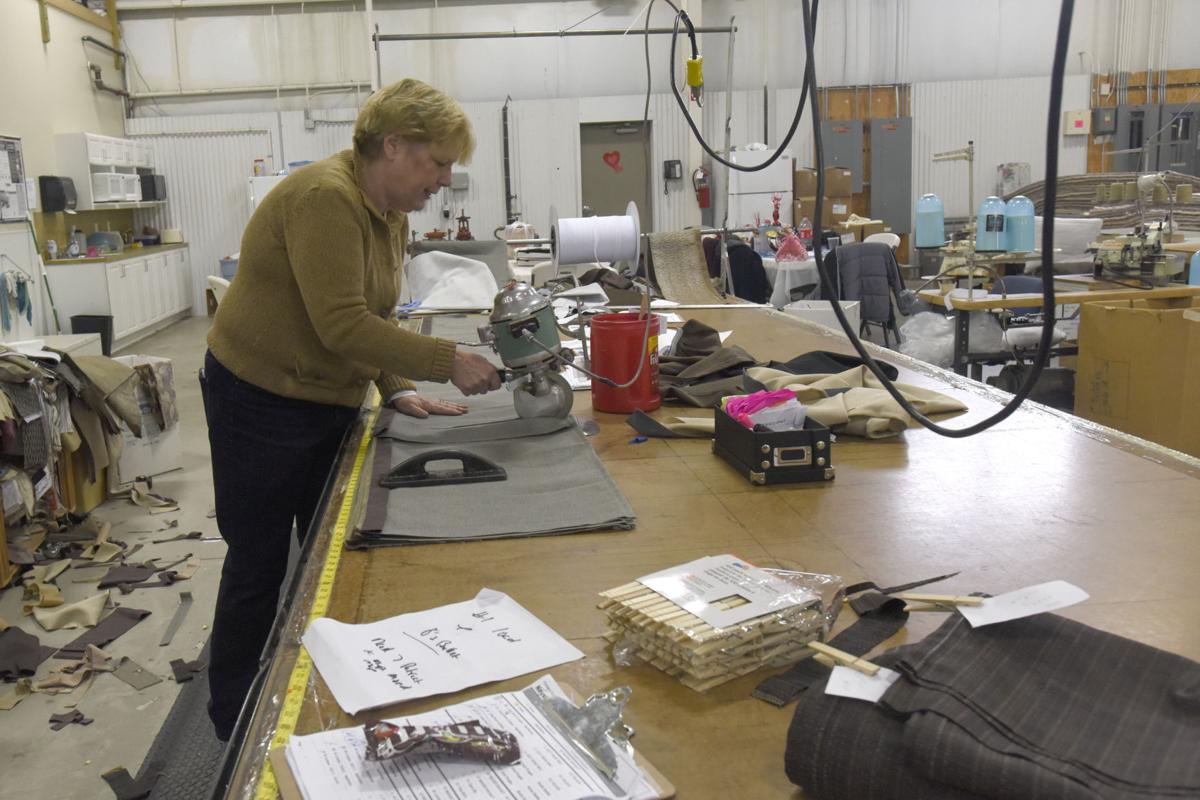 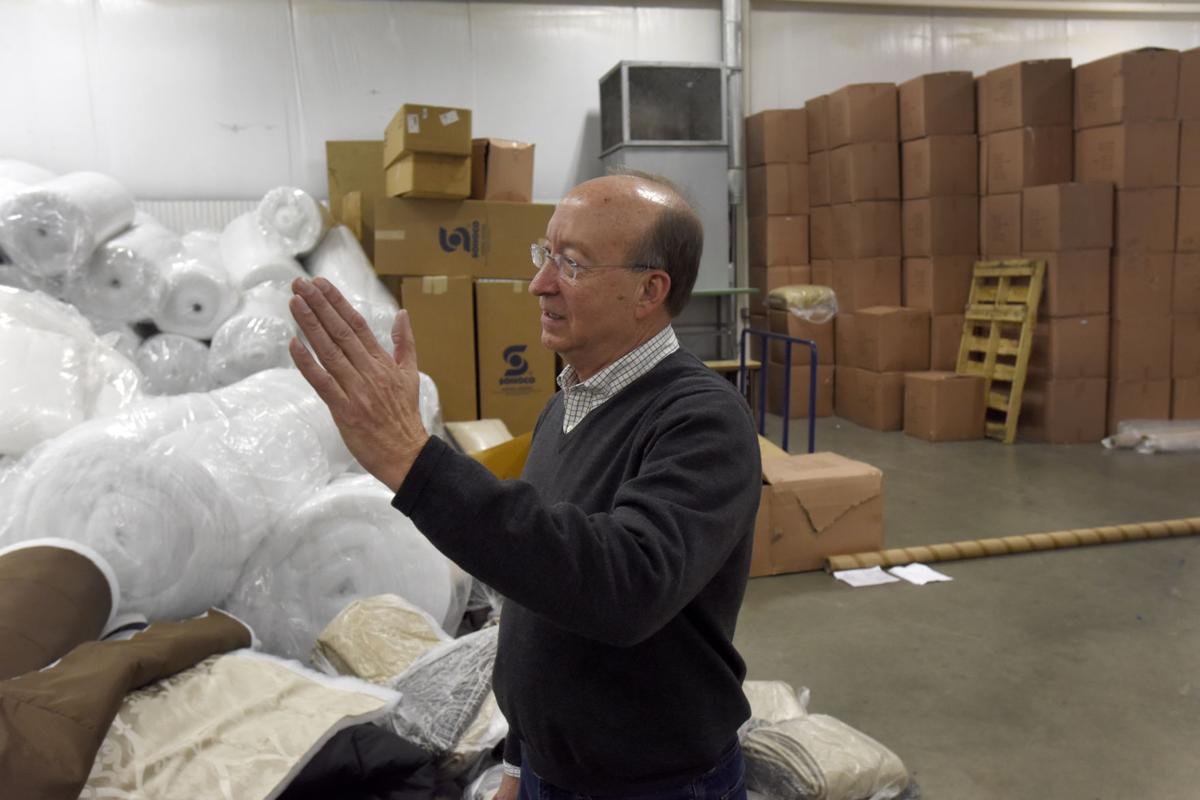 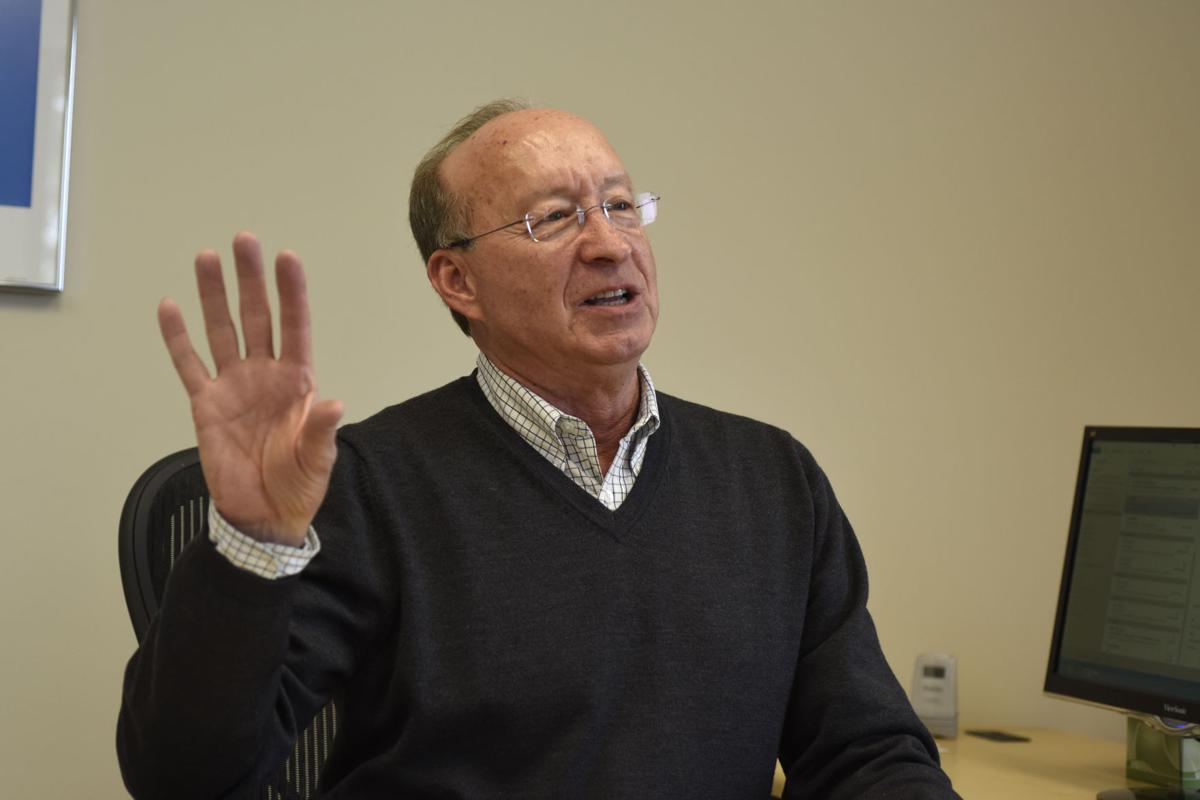 As they prepare to expand their recreational vehicle draperies business, Jim and Jan Mellott can thank Jan’s restlessness 35 years ago for getting it all started.

Like many Elkhart-based RV industry suppliers, Northwest Interiors, which makes draperies, pillows, shams and bedspreads for RVs, is finding it must grow to keep pace with surging demand.

The Mellotts plan to break ground soon on an addition that will increase the square footage of their 205 Pine Creek Court plant by about 50 percent.

Looking back over the years, the Mellotts recall some key turning points.

The first came in 1979, after Jan quit her job as a Concord High School teacher to be a stay-at-home mom. She realized that she wanted more to do with her time at home as Jim went to night school for his Master of Business Administration. Working on a ping-pong table in their basement, she started making double-knit drapery products for a neighbor’s van conversion firm. Four years later, she needed more room and moved into the basement of her father’s dental practice, then needed more space after a year there.

In the mid 1980s, when the roughly 300 van conversion companies consolidated to a few big players, Northwest Interiors shifted its focus to recreational vehicles.

By 1994, annual sales hit $270,000 (it’s now “in the millions”), enough to give Jim the confidence to quit his job as vice president of sales and marketing at Goshen truck body maker Supreme Industries to join the company full-time. A year later, they landed their first big RV account making draperies for Forest River pop-up trailers, and moved to a bigger building at 133 State St.

Two years later, they landed accounts with Sunnybrook RV and Damon RV, and their business grew by 50 percent in one day.

“We spent those two weeks trying to figure out what the heck we were going to do,” Jim said. “Jan said, ‘If we can’t do it all, we should give one back.’ I said, ‘No, we’re not giving anything back.’”

They built their current 24,000-square-foot facility in 2005 after outgrowing two buildings. It will grow to 36,000 square feet with this $300,000 expansion. They don’t know when their contractor will be able to start construction.

“You can imagine, production of buildings is starting to crank up because of what the economy is doing,” he said.

Northwest Interiors competes with about five companies locally — some bigger, some smaller.

“Our strategy has been very simple,” Jim said. “Every account we’ve ever gotten here is an account that somebody else, usually bigger than us, could not do. They screwed it up or didn’t get deliveries right, or the (RV manufacturer) didn’t like the quality. That’s where we’ve swooped in and taken them over.”

Unlike some of their competitors, Northwest Interiors has no sales force. They’ve avoided publicity over the years for fear they’ll be inundated with business. They don’t even have a website.

“People call us,” Jim said. “We turn down business all the time. That’s how you get in trouble, overcommitting. We’ve always tried to have very controlled and steady growth.”

Jim said they weathered the Great Recession of 2009 better than some of their competitors because they have never incurred any debt. Unlike some companies that borrow to expand to meet new sales, the Mellotts have funded growth only with profits over the years.

Their 40 employees, the highest number ever, have been working overtime since early January. Their staff dipped to 20 workers in 2009, and their hours were cut for a while.

They expect to add more workers with the expansion, should business continue to grow, but they can’t predict how many.

Another turning point came last fall when their 37-year-old son, Reid, and his wife, Cilissa, decided to buy into the company, moving from Carmel to Elkhart. Reid headed up sales for a national software company, while Cilissa held a position in pharmacy with Eli Lilly & Co.

Their entry will allow Jim and Jan to gradually retire in a few years.