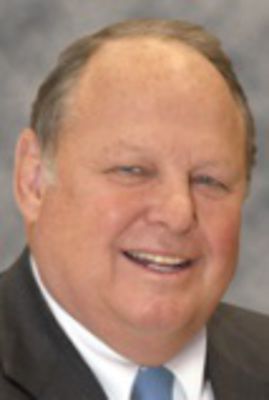 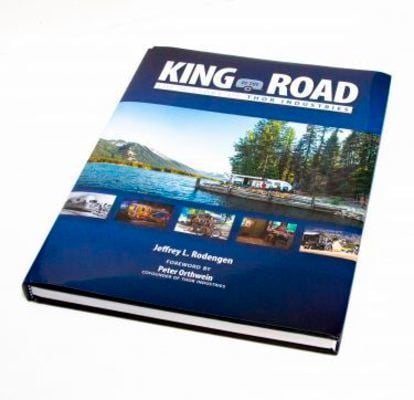 Provided photo“King of the Road: The History of Thor Industries” is written by Jeffrey L. Rodengen.

Provided photo“King of the Road: The History of Thor Industries” is written by Jeffrey L. Rodengen.

ELKHART — In his new book “King of the Road: The History of Thor Industries,” Jeffrey L. Rodengen lays out in a highly readable style the origins, growth, failures and success of what has become the world’s largest RV manufacturer. If you think business books – and business history books in particular – are necessarily dull, think again. You’ll likely find this to be a captivating read, complete with hundreds of photos and illuminating infographics.

Beginning with Wade Thompson and Peter Orthwein’s takeover of the quirky Hi-Lo trailer in 1977; the purchase of Airstream with an upfront cash outlay of $1 and the formation of Thor Industries in 1980; then on to the acquisitions of Dutchmen, Keystone, Damon, Four Winds, CrossRoads, Heartland, Jayco and, most recently, Erwin Hymer Group, the author weaves a fascinating and personal story. Rodengen draws on news articles, internal and external reports, and dozens of interviews with industry figures including past and present associates, vendors, and RV dealers.

The driving force behind the publication of “King of the Road” was Orthwein, Thor Industries’ co-founder and executive chairman of the board.

“As I was winding down my career, I thought that I would love to have a history of Thor,” Orthwein told RVBusiness. “It’s coming up on 40 years, and so much has happened over those years. Many of our people are relatively new. There is a lot they don’t know about their company. “My favorite part of the book is the early years,” he continued. “We made a lot of mistakes but somehow survived. We made many excellent acquisitions, like Keystone, while other acquisitions were not so great. But none of those sunk us. We were lucky. A lot of people over the years have contributed to the success of Thor. Some of them are in the book, and some are not. But what we have accomplished was done with a lot of help.”

If there is a lesson to be learned from reading “King of the Road,” Orthwein added, it is this: “Be in the game. Don’t set your goals too low. Keep working towards something and get higher and higher. Make sure you have goals, and once you reach them, set higher goals. Don’t limit yourself. Anything is achievable.”

The 192-page book is packed full of anecdotes that bring the Thor story to life, including:

n Thor co-founder Wade Thompson, a native New Zealander, was known for his stylish dress, having once worked as a clerk in Brooks Brothers store in Manhattan. When Thompson and Orthwein acquired Hi-Lo, Thompson commuted weekly from his home in New York City to the company’s headquarters in Butler, Ohio, located about halfway between Columbus and Cleveland. “He lived over a pizza place with a little apartment that had a single light bulb hanging from the kitchen ceiling,” Orthwein added. “Wade put his last dime into it.”

n In January 1984, Thor executives decided to make their first public offering of stock to raise cash and grow the business. The company sold 300,000 shares on the over-the-counter market.

n Thor’s acquisition of Jayco for $576 million was the RV industry bombshell in 2016 but, according to Rodengen, the deal almost didn’t happen. Buying such a large company required Thor to do something it had rarely done in its history: acquire debt. That, along with the size of the deal, struck fear into Thor’s leadership. “It was the biggest deal we’ve ever done. And there was a literal point that the four of us in Elkhart called Peter, and we were gonna bow out.” An acquisition specialist, Orthwein helped ease their concerns. “Over 45 minutes, Peter talked through how it would make sense to the investment community,” Martin said. “We were scared, but having a founder-mentor talk to us, we all went from the beginning of the meeting shaking our heads no, to within a half an hour, all our heads were bobbing up and down.”

For anyone doing business with Thor, selling Thor products, or intrigued by this entrepreneurial success story, “King of the Road” is a worthwhile read.

Jim Mac writes for RVBusiness magazine. This article is republished with permission.